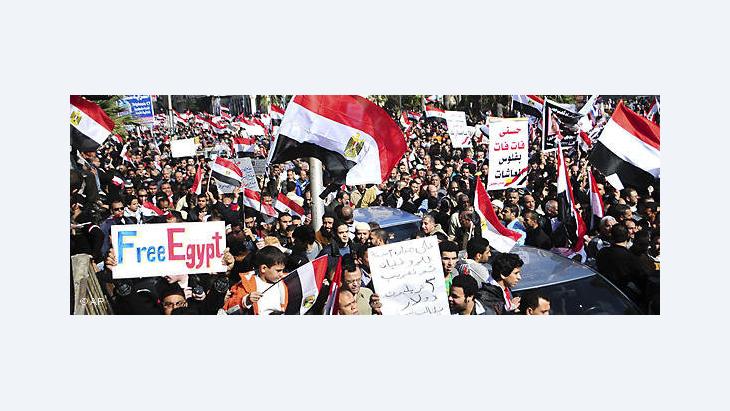 In the same way that the Egyptian revolution of 1919 initiated an epochal transformation, this year's popular revolt of 25 January provides an opportunity to raise public awareness in Egypt on how important it is for a modern culture to uphold the rule of law, says the Egyptian journalist Azmi Ashour

Well, it seems that Egyptians, who are prone to deal with their recognizably painful situation with a particularly unique sense of sarcasm, count among those peoples who at best have come to an arrangement with the law – certainly not by observing it, but rather by circumventing it.

Centuries of foreign rule have led the Egyptian people to hold the firm conviction that laws are made for the purpose of punishing only them, and not the powerful and influential. As a result, Egyptian history has been written by those brave souls among the general population who have challenged the ruling class – those who make the laws – not for the sake of wresting justice for the masses, but to further their own interests.

This phenomenon has manifested itself often in the country's recent history, starkly exemplified, as for example, in the confrontation between the nationalist Ahmed Orabi and Khediven Tawfiq. Orabi commented on the conflict with his unforgettable words, "God created us free and not as an inheritance or property." His meaning was clear – men are born free and with dignity, not as slaves. The revolution of 1919 followed this line as the people revolted against those enacting laws subjecting them to the will of the ruling class, foreign occupiers, and the powerful.

Laws at the expense of society 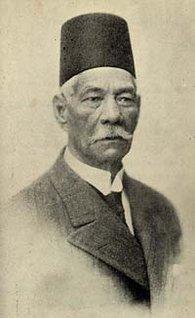 Forerunner of the revolution of 1919 and "Father of Egyptians": the nationalist politician Saad Zaghlul was the leader the national liberation movement on the Nile

​​In the second half of the 20th century, as the nationalists came to power in Egypt, the new power elite proved with even more criminal energy how laws could be tailored to their personal interests, even when this took place at the expense of society.

In response, Egyptians developed a considerable talent in circumventing the law, either via the twisted path of bribery or through their own special methods of not observing laws and thereby regarding them as tripe.

This approach with respect to the principle of law was not by any means an expression of contempt towards the value of law and justice, but rather a practical implementation of the conviction that the idea of justice is not realized though the application of law. The principle of justice was only valid for a particular slice of the population, namely powerful men of position and authority, but not for the weak.

Consequently, most Egyptians viewed breaking the law as a way of introducing an element of justice. This becomes clear when many factors are taken into consideration, in particular, the laws regulating traffic, the "road traffic code", any infraction of which is a punishable offence.

One is simply astonished at how every rule associated with the implementation of this law is either broken or ignored. The explanation lies in the fact that illegal behaviour in Egypt springs from the conviction that those entrusted to enforce the laws are themselves the first to break them either by accepting bribes or through special exemptions that allow those who really should be applying the law to completely disregard it.

Such reciprocal perceptions between citizen and lawmaker have only served to further promote chaotic behaviour on the streets of Egypt.

There are many examples of Egyptian society following a similar pattern of questioning social order, inviting rampant abuse. For instance, there are the arbitrary building practices in the Egyptian town of al-Omran, where the law is flagrantly violated. 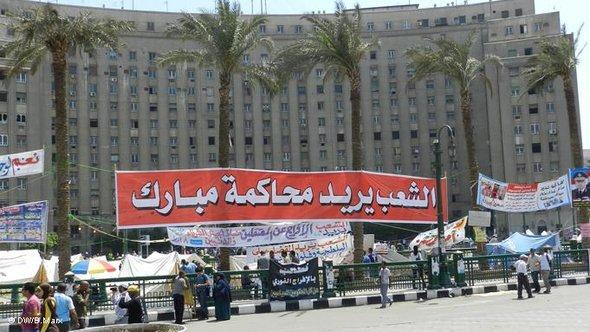 "The people support the trial against Mubarak" – a banner in front of the Mugamma, the central administrative building in the heart of Cairo

​​As the revolution of 25 January closed the books on the former regime, we were able to experience how a vast majority of Egyptians tore down the wall of fear. In end effect, it was this that enabled them to directly articulate their dissatisfaction with the system under Mubarak.

Suspension of the ambiguous sense of justice

Then came the moment when the president and his two sons were brought before the court and we all became witness to an event without precedent in Egyptian history – Mubarak was made to stand to account for his deeds before a judge and under the gaze of the Egyptian people.

The fact that this court case is taking place in this extraordinary set of circumstances is extremely significant, because it thereby focuses attention on legal principle. The aforementioned ambiguous sense of justice in the collective awareness of Egyptians was suspended and, at the same time, the conviction – long burnt into the people's very soul – that the law was created solely to employ against the weak and that it is legitimate to circumvent the law was finally overcome. 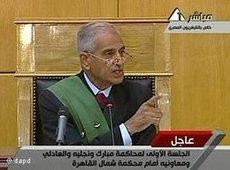 This public stage, the trial against Mubarak, has provided significant momentum towards a "revolution of reason" in the Egyptian collective awareness, writes Azmi Ashour

​​This public stage, the trial against Mubarak, has provided significant momentum towards a "revolution of reason" in the Egyptian collective awareness. From now on, Egyptians will respect the law, not only through passive acceptance, but also by their active participation. Previously, the chaos and pervasive corruption in all aspects of society threatened to overshadow the positive influence that justice and laws promised to offer.

Do Arab societies therefore require a new cultural revolution to change the behaviour patterns of their citizens and shake them out of their passivity towards positive action? This is nothing new for Egyptians, who have been far more than just marginally affected by such events in the past.

For example, the Renaissance of modern Egypt in the first half of the 20th century cannot be envisaged apart from two significant revolutionary events – first, the revolt led by Ahmed Orabi in 1881, which, among the various repercussions in its wake, implanted the element of national awareness in the thought of the Egyptian elite, and, second, the revolution of 1919.

The popular revolt of 9 March 1919 was already a cultural event even before it achieved political importance, as it led Egyptians out of their traditional form of life into a modern society with a liberal constitution, a parliament, and representation of the popular will in the form of political parties, which stood in opposition to the interests of the king.

In addition, the revolution brought with it changes in art, literature, and music. Egyptians experienced a real social transformation, which ushered in a new era with a new, contemporary culture.

The new revolution of 25 January also marks an epochal transformation, which provides an opportunity to raise public awareness in Egypt on how important it is for a modern culture to uphold the rule of law.

The Prophet Muhammad never executed anyone for apostasy, nor encouraged his followers to do so. Nor is criminalising sacrilege based on Islam’s main sacred text, the Koran. In ... END_OF_DOCUMENT_TOKEN_TO_BE_REPLACED

Archaeologists have uncovered the remains of an ancient city in the desert outside Luxor in Egypt. They say it dates back to the golden age of the Pharaohs more than 3,000 years ... END_OF_DOCUMENT_TOKEN_TO_BE_REPLACED

Surging coronavirus cases in many parts of the world have overshadowed the start of this year's Muslim holy month of Ramadan, with festivities once again curtailed by contagion ... END_OF_DOCUMENT_TOKEN_TO_BE_REPLACED

German Middle East analyst Guido Steinberg and television journalist Ulrich Tilgner have both published new books on the conflicts in the Middle East. Their analyses and their ... END_OF_DOCUMENT_TOKEN_TO_BE_REPLACED

Televised Turkish dramas are all the rage in the Middle East. A young Ottoman TV Empire has been expanding its soft power by harnessing regional dialects, Arabic names and viewers ... END_OF_DOCUMENT_TOKEN_TO_BE_REPLACED

Nawal El-Saadawi has died in Cairo at the age of 89. The prominent doctor, activist and author became internationally known for her outcry against female genital mutilation and ... END_OF_DOCUMENT_TOKEN_TO_BE_REPLACED
Author:
Azmi Ashour
Date:
Mail:
Send via mail

END_OF_DOCUMENT_TOKEN_TO_BE_REPLACED
Social media
and networks
Subscribe to our
newsletter