Tunisia is widely admired as the only success story of the Arab Spring. Its democratic achievements are indeed admirable. The country held free and fair elections in 2011, 2014 and 2019. It enshrined basic rights in a new democratic constitution in 2014. And Tunisia overcame serious security challenges between 2012 and 2015. In contrast to the other countries in the region that faced popular uprisings in 2010–1011 – Egypt, Syria, Libya, and Yemen – Tunisia is the only one that emerged as a functioning democracy.

However, today the country seems adrift, unable to move forward either economically or politically. The economy has been stuck for years in a pattern of low growth and high unemployment. And the political system has so far been unable to translate the results of the parliamentary elections of 2019 into an effective government. While popular support for the democratic system remains strong, the lack of progress in the economic and political spheres is putting the country’s democratic transition at risk. Further efforts to address these weaknesses are needed to put the country back on a more secure path.

Tunisians generally describe the essential objectives of the 2011 uprising as "freedom and dignity". The "freedom" goal has seen much success. Political parties of all stripes compete freely in elections, the press operates largely without restrictions and a vibrant civil society keeps tabs on the political process. But when it comes to "dignity", most Tunisians express disappointment in what has been achieved. 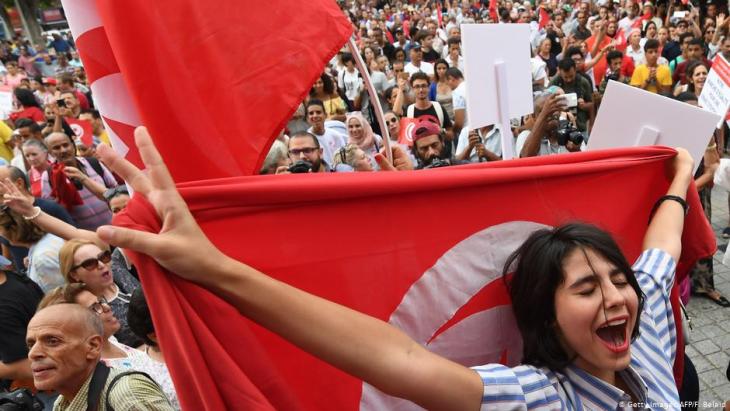 Tunisia's women may have much to celebrate in the way of improved freedoms. After all, the country has made huge strides in terms of gender equality, with men and women now on a par when it comes to inheritance law. Yet what about career prospects, job security, social welfare?

While the search for dignity has many aspects, a key underpinning is the ability to gain the economic resources to live a life in a dignified way – getting married, owning a home, raising children. Yet Tunisia’s economy has not produced the jobs and economic opportunities that are necessary to enable such a life for many people, especially in the country’s impoverished interior.

Turning this situation around will require significant changes to the Tunisian economic model. Addressing endemic corruption in the system is essential – this was a major theme in the recent elections – but it is not enough. The environment for starting or operating a private business remains much too restrictive. The next government must tackle the web of regulations that stifle the private sector and facilitate corruption.

In addition, it needs to create incentives for entrepreneurs to expand beyond traditional export sectors and markets. Tunisia needs to do more to leverage its well-educated workforce and prime location between Europe and Africa to expand the volume and value of its exports.

The presidential and parliamentary elections in 2019 produced an unusual outcome. It brought to power a president, Kais Saied, with no previous experience in government and no organised political base, alongside a fractured parliament unable to agree on the composition of a new government. In early January, prime minister-designate Habib Jemli’s proposed cabinet was overwhelmingly rejected by parliament. Saied has now nominated a former finance minister, Elias Fakhfakh, as prime minister. He will have a month to form a government. If he also fails, new elections will have to be held.

Tunisia seemed to emerge from the previous elections in 2014 with the beginnings of a two-party system. The Islamist Ennahda, led by Rachid Ghannouchi, and Nidaa Tounes, founded by the late president Beji Caid Essebsi, dominated the parliament that was elected in 2014. Between them, these two largest parties held 155 out of 217 seats. 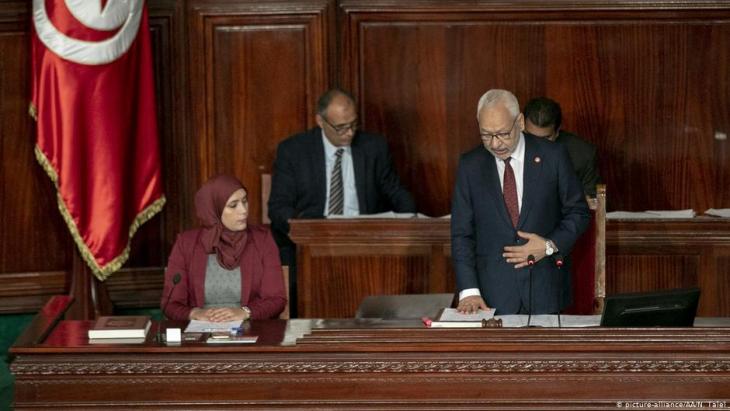 Put your house in order: political leaders from across the board need to set aside their ideological differences to focus on the need for both economic progress and political reform. Top of the agenda should be preventing a repeat of the 2019 parliamentary election results, when 20 political parties made it to parliament, not counting independent lists. Only two parties, however – Ennahda and Nabil Qaraoui’s Qalb Tounes, or 'Heart of Tunisia' party – got more than 7 percent of the vote

Nidaa Tounes, however, quickly began to unravel in 2015, as its disparate elements lacked a common ideology, other than their opposition to Ennahda. Successive splits within the party resulted in a proliferation of smaller parties in the non-Islamist camp. By 2019, Nidaa Tounes itself gained only 1.5 percent of the vote and essentially disappeared from the political landscape.

Ennahda has also lost much ground in recent years, dropping from 27.8 percent of the vote in the 2014 parliamentary elections to 19.6 percent in 2019. Its influence declined further when Jemli, its candidate for prime minister, was unable to win a parliamentary vote of confidence earlier this month. Aside from Ennahda, only one other small Islamist party supported Jemli.

Whether a new government is formed by Fakhfakh, or whether new elections are held, Tunisia’s next government should give priority to addressing the country’s urgent need for economic reform. This will not be easy, as vested interests that have done well under the current system will continue to resist change.

Political leaders from a broad swathe of parties will need to put aside their ideological differences to focus on the need for economic progress. Saied could play an important role in making this possible. He could, for example, convene stakeholders from government, the business community and organised labour to begin a dialogue to agree on general principles to move the economy forward.

The country also needs to consider how to reform the political system to prevent a repeat of the results from the 2019 parliamentary elections, when some 20 political parties made it to parliament, not counting independent lists. Only two parties – Ennahda and Nabil Qaraoui’s Qalb Tounes, or 'Heart of Tunisia' party – got more than 7 percent of the vote.

An astonishing thirteen parties made it into parliament with less than 3 percent of the vote. This situation is not healthy for a democratic system, and Tunisia should consider establishing a threshold for parliamentary representation. This would force smaller parties to combine, making for a more manageable, less fractured legislature. This too will not be easy, as changes to the electoral law will require the assent of the existing parliament and its assemblage of small parties.

Tunisia still has much to be proud of in the nine years since it rid itself of the authoritarian regime of former president Zine el-Abidine Ben Ali. But if it wishes to continue to move forward with its democratic transition, some serious reform is needed to promote economic development and streamline the political process.

Jake Walles is a non-resident senior fellow in the Middle East Program at the Carnegie Endowment for International Peace, where he focuses on Israeli-Palestinian issues, Tunisia and counterterrorism.

"Tlamess", a visually striking experimental feature by Tunisian director Ala Eddine Slim, brings two drop-outs together in a weird, wild cohabitation in the woods: a desperate ... END_OF_DOCUMENT_TOKEN_TO_BE_REPLACED

Tunisia is considered a paragon of the Arab Spring. Despite democratic reforms, however, a mood of political frustration and economic despair still prevails, particularly among ... END_OF_DOCUMENT_TOKEN_TO_BE_REPLACED

Equality in divorce, a ban on polygamy: reformers of Islamic family law have a clear agenda. They are exploiting the ambiguity of traditional jurisprudence. By Joseph Croitoru END_OF_DOCUMENT_TOKEN_TO_BE_REPLACED

Hassan Aourid is one of the most important political and intellectual figures in Morocco. In interview with Ismail Azzam for Qantara, Aourid outlines his vision of the decline of ... END_OF_DOCUMENT_TOKEN_TO_BE_REPLACED

The Arab world is one gigantic pressure cooker. For the most part the lid of repression is on, but it is boiling over with increasing frequency. Whether in Lebanon, Iraq or in ... END_OF_DOCUMENT_TOKEN_TO_BE_REPLACED

END_OF_DOCUMENT_TOKEN_TO_BE_REPLACED
Social media
and networks
Subscribe to our
newsletter