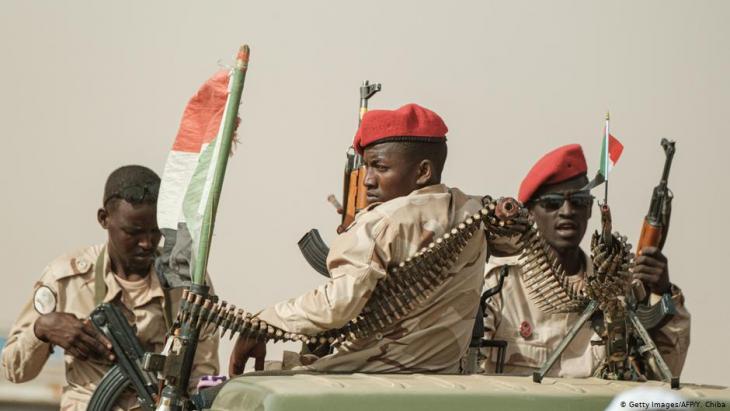 Violent clashes between parts of the Sudanese security forces and the ominous influence of external financiers of the paramilitary "Rapid Support Forces" (RSF) are endangering the country's democratisation process. By Samuel Ramani

On 14 January, heavy gunfire broke out at Sudan’s Directorate of National Intelligence in Khartoum. Sudanese officials accused former employees of the National Intelligence and Security Service (NISS), a dissolved security organ of former President Omar al-Bashir’s government, of instigating the clashes to increase their severance compensation. The Sudan Armed Forces (SAF) swiftly quelled the NISS-led rebellion, but the revolt led to the resignation of Sudan’s intelligence chief General Abu Bakr Mustafa on 16 January.

Although Lieutenant General Abdel Fattah al-Burhan, the chairman of Sudan’s Sovereign Council, insists that the SAF has regained complete control over the intelligence directorate, the January 14 incident highlighted deep polarisations within the Sudanese military establishment. These divisions originated during Bashir’s presidency

After seizing power through a coup d’etat in 1989, Bashir used patronage networks to splinter the Sudanese military along tribal lines and maintained power by exploiting ideological divisions between Arab nationalists and Islamists within the SAF.

This divide-and-rule strategy prevented the Sudanese military from launching a coup d’etat against Bashir until Sudan’s burgeoning economic crisis and Bashir’s advanced age rendered his position untenable. The Sudanese army’s coalescence around the Burhan-led Transitional Military Council (TMC) in April 2019 was largely tactical, however, and continued demonstrations revived old schisms within the Sudanese military. 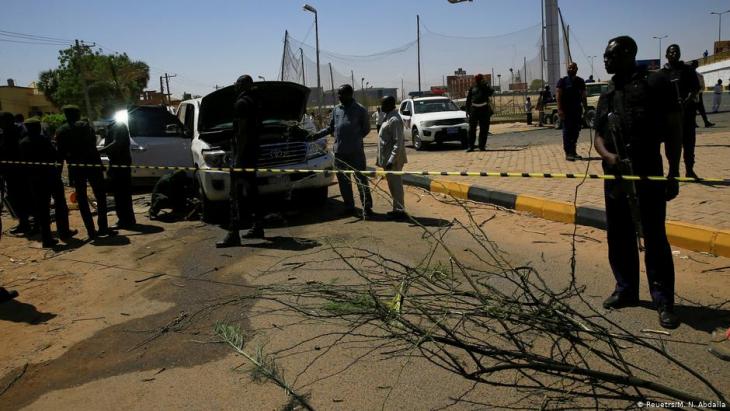 Attempted attack on Sudan's Prime Minister: Abdalla Hamdok's vehicle convoy was hit by explosives on 9 March on its way to his office in Khartoum. The Prime Minister remained unharmed, and a few hours later he continued his government business. Hamdok has headed a transitional government of military and civilians in Sudan since last August. Since taking office, the former UN economic expert has been trying to boost the country's economy, reform politics and negotiate peace with rebels in the west and south

Sudan’s intra-military divisions were laid bare after the Rapid Support Forces (RSF), a much-feared Sudanese paramilitary organization, massacred 128 protesters in Khartoum on June 3. Although the April coup caused major personnel turnover in the middle and lower ranks of the SAF, which included many supporters of the anti-Bashir demonstrations, Burhan’s inner circle passively accepted the RSF’s actions on June 3 but remained willing to strike a deal with the Sudanese opposition.

On 13 June the head of the Sudanese Air Force, Lieutenant General Salah Abdel Khalig, claimed that the TMC did not wish to “rule Sudan forever,” and wanted a political transition within a few months. Khalig’s conciliatory statement contrasted with RSF chief Mohamed Hamdan “Hemeti” Dagalo’s insistence that he would step down only “over his dead body”.

Although the SAF and RSF’s conflicting views on negotiating with the opposition were widely expected to forestall a political transition in Sudan, the July 5 power-sharing agreement caused the SAF’s accommodationist position to gain a decisive advantage.

The deal institutionalized the rotation of power within the sovereign council between civilian and military authorities and mandated nation-wide elections in 2022. Even though Hemeti signed Sudan’s formal transition agreement on August 17 in front of officials such as Ethiopia’s Prime Minister Abiy Ahmed and South Sudan’s President Salva Kiir, the RSF continues to impede Sudan’s advance towards democracy.

The term "Tuareg" refers to tribes and nomads who speak dialects of Tuareg and live in Targa, an area in south-west Libya recently renamed Wadi Al-Hayat but previously known as ... END_OF_DOCUMENT_TOKEN_TO_BE_REPLACED

The Islamic Republic has been unable to quell the civil unrest that erupted three months ago, after Mahsa Amini died after being detained for violating hijab rules. Now the ... END_OF_DOCUMENT_TOKEN_TO_BE_REPLACED

Cries of "Benghazi!" still resonate across the USA ten years after a deadly terrorist attack in Libya killed the U.S. ambassador and three other Americans. Ethan Chorin re-tells ... END_OF_DOCUMENT_TOKEN_TO_BE_REPLACED

After a two-year hiatus, the Arab League re-convened at the beginning of November in Algiers against a backdrop of uncertainty and discord. By Pierre Boussel END_OF_DOCUMENT_TOKEN_TO_BE_REPLACED

In the run-up to the COP27 global climate summit, hosted by Egypt in November, it is worth noting that little rainfall, aggressive heatwaves and worsening drought make the Middle ... END_OF_DOCUMENT_TOKEN_TO_BE_REPLACED

The southern shores of the Mediterranean Sea are losing sand faster than almost anywhere else. The ecological and economic damage is immense. The good news is, there are ways to ... END_OF_DOCUMENT_TOKEN_TO_BE_REPLACED
Author:
Samuel Ramani
Date:
Mail:
Send via mail

END_OF_DOCUMENT_TOKEN_TO_BE_REPLACED
Social media
and networks
Subscribe to our
newsletter