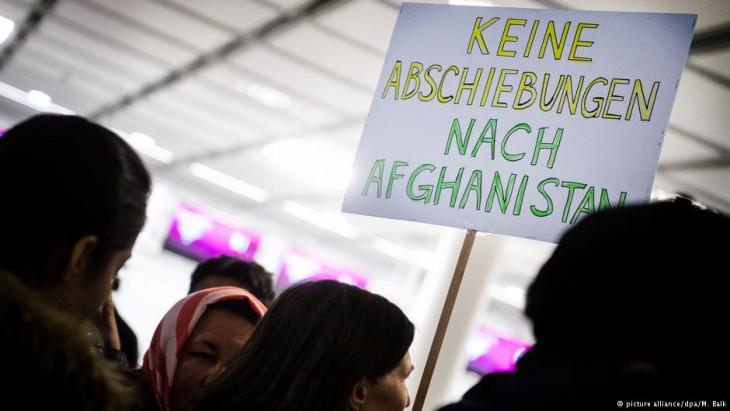 Deportations to Afghanistan
No safe country of origin

Since the middle of December, 78 Afghans have been deported from Germany on charter flights. The most recent of these joint deportation flights to Kabul took off only last week. Despite the fact that war and destruction are still part of everyday life in Afghanistan, other such flights are already planned. By Emran Feroz

"I don't understand why the German government is deporting Afghans. We too came here as refugees and received a warm welcome. If we hadn't, it wouldn't have been possible to build a future in Germany," says Sarah Hakimi, whose family came to Germany in the early years of the new millennium. All of them now hold German citizenship. A few months ago, one of her cousins arrived in Germany. His asylum application, however, was rejected and he now faces deportation.

In the last two months, a total of 78 Afghans have been deported from Germany. Other joint deportation flights are already planned. Although the German government still claims that there are 'safe areas' in Afghanistan where deported refugees can live, they don't actually say which areas these are.

Slowly but surely, the same approach is taking hold across Europe. The main reason for this is a deal made last October by the European Union and the Afghan government. Another agreement, which was signed by both parties at the recent Munich Security Conference, now seeks to accelerate these deportations.

Last year, a leaked EU document made it clear that up to 80,000 Afghans could be deported from Europe. The most recent deal allows for the deportation of an unlimited number of Afghan refugees. In return, Kabul will receive billions in financial aid. Indeed, Afghan President Ashraf Ghani is even planning to build an extra terminal at Kabul Airport especially for deported nationals. 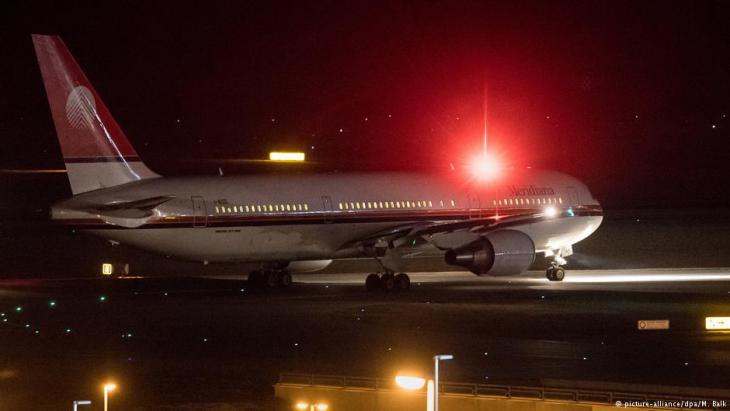 Highly controversial: last week, despite ongoing criticism from politicians and refugee groups, 18 Afghans were flown back to their country of origin. The deportees were accompanied by 68 federal police officers and two doctors. This third batch of deportations is the result of an agreement reached by Germany and Afghanistan in October 2016. Germany′s Minister of the Interior Thomas de Maiziere recently criticised Schleswig-Holstein and other states with red-green coalitions for not wanting to follow through on the policy of Afghan deportations. He has described deportations to Afghanistan as "justifiable"

Nevertheless, Afghanistan is certainly not a country to which refugees should return. According to the United Nations Assistance Mission in Afghanistan (UNAMA), over 11,000 civilians were either killed or injured there in 2016 alone. Of this number, 3,498 were killed and 7,920 were injured. This is the highest level since records began in 2009. While insurgent groups such as the Taliban are behind about two-thirds of these deaths and injuries, pro-government militias and the Afghan army are responsible for about a quarter of civilian victims.

The report is also critical of the air raids conducted by the Afghan army and its NATO allies. At least 250 Afghan civilians were killed and 340 injured in air raids in 2016, twice as many as during the previous year. The report has, however, itself come in for criticism, above all because of the UN's conservative method of counting victims, which stipulates that each case must be confirmed by at least three different sources.

"Most of the people involved in writing this report are in Kabul and rarely set foot in the areas most affected by war," says Waheed Mozhdah, a political analyst from the Afghan capital, who goes on to say that there is also a lack of transparency. It is considered likely that the number of civilian victims is actually much higher than recorded.

There is also uncertainty surrounding the risks to which refugees are exposed once they are deported to Afghanistan. In most cases, they are left to fend completely for themselves. This means that the governments responsible for their deportation have no idea whether the deportees get killed or injured in the fighting. Just a few days ago, 24-year-old Atiqullah Akbari, who was deported from Germany in January, was injured in a suicide bomb attack in Kabul. The attack, which targeted the Supreme Court in Kabul, killed at least 20 people. A further 41 Afghans were injured, including the deportee from Germany.

"War is everywhere in Afghanistan. Nevertheless, the German authorities treat Afghan refugees differently from refugees from Iraq or Syria. We are made to feel unwelcome here," says 27-year-old Kareem, who has been living in the German state of Baden-Wurttemberg for three years. Kareem's future in Germany remains uncertain. His asylum application has already been rejected. He is now challenging the decision in court. Kareem and other refugees from Afghanistan have demonstrated several times against deportations to their native country.

Like many Afghans both in Afghanistan and abroad, Kareem is furious with the political elite in Kabul. He is convinced that yet again, the people who will benefit most from the most recent agreement concluded by the EU and the Afghan government are the corrupt and affluent politicians who have always benefited from the prevailing system. "The entire government has been lining its pockets since 2002. While their families live in compounds or even abroad, it is the poor Afghan people who suffer," says Kareem.

Afghanistan is still one of the most corrupt countries in the world. Transparency International, a Berlin-based international NGO, has repeatedly accused Afghan politicians of stealing millions in aid funds. What's more, while many Afghan politicians repeatedly call on young people in particular not to leave Afghanistan, their families are already living abroad. Take, for example, Prime Minister Abdullah Abdullah, whose family lives in India, or President Ashraf Ghani, whose children have grown up in the United States and still live there.

President Ghani in particular recently made himself very unpopular: in an interview with the BBC, the Afghan president – who himself lived in the West for decades – said that he had no sympathy for anyone currently fleeing Afghanistan.

After coming to power, the Islamist group imposed a ban on girls' education, prompting some Afghans to set up an underground school. Hussain Sirat and Ahmad Hakimi spoke to some ... END_OF_DOCUMENT_TOKEN_TO_BE_REPLACED

As the Western world emerges from a holiday season made less festive by COVID-19, millions of children in Afghanistan are starting 2022 facing the prospect of famine, illness, and ... END_OF_DOCUMENT_TOKEN_TO_BE_REPLACED

Each year, thousands of people travel to the Turkish city of Konya to attend a week-long series of events and ceremonies that mark the death of the 13th-century Islamic poet, ... END_OF_DOCUMENT_TOKEN_TO_BE_REPLACED

Their exhausting escape from the Taliban took them from Kabul to Qatar, though European cities and U.S. military bases. But now this Afghan family has finally arrived in a small ... END_OF_DOCUMENT_TOKEN_TO_BE_REPLACED

The Pakistani Taliban, known by the acronym TTP, are regrouping and reorganising, with their leadership headquartered in neighbouring Afghanistan, according to a U.N. report from ... END_OF_DOCUMENT_TOKEN_TO_BE_REPLACED

END_OF_DOCUMENT_TOKEN_TO_BE_REPLACED
Social media
and networks
Subscribe to our
newsletter