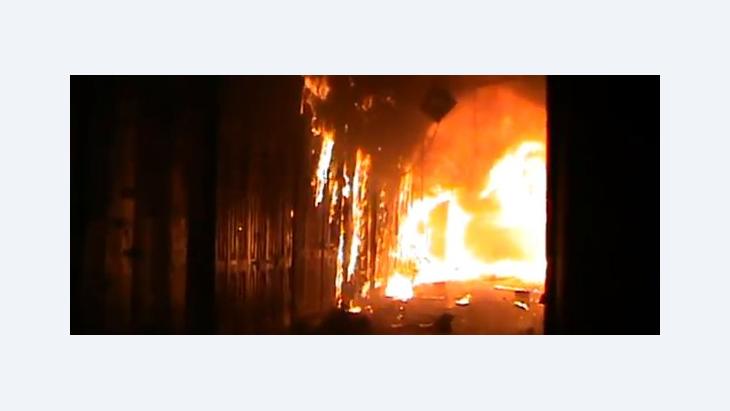 Syria Is Losing Its History

﻿The civil war in Syria is not only causing human suffering, it is also endangering the nation's historic legacy. Most recently, extensive damage was inflicted on Aleppo's ancient bazaar. Björn Zimprich discusses the consequences of this destruction with Stefan Knost, who took part in historic excavations in Aleppo several years ago

Herr Knost, according to a number of concurring media reports, the bazaar at Aleppo suffered extensive fire damage last Saturday (29 September). Do you have any more information concerning the exact scale of the destruction?

Aleppo's old town was listed as a UNESCO world heritage site in 1986. To date, the historic bazaar has been viewed as one of the most famous in the entire region. What's so special about it?

Knost: The large covered bazaar as it is today essentially dates from the early Ottoman period, i.e. the 15th century. In the 16th century, the bazaar was completely remodelled by several governors and a Grand Vizier. With investments in foundation complexes, mosques, caravanserais and with this large covered market. 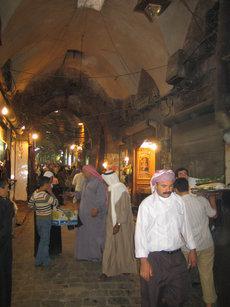 ​​This shows just how the city was flourishing, particularly in the 16th and 17th century. At the time, Aleppo was a multi-confessional and multi-cultural trading hub. Many European traders, as well as traders from Iran and India, established a base in Aleppo. There were also consulates and European trade houses in the caravanserais, several of them still exist to this day.

But what distinguishes Aleppo from other ancient city centres is its perpetual use right through to contemporary times. The bazaar has been in almost constant use since the Middle Ages. Although many tourists visited the old town before the civil war, this bazaar was always the trading centre of Aleppo, and not a place for tourists. If you measured the total length of all the alleyways it would extend over some 13 kilometres. There are more than 1,000 small stalls here. Traditional trading families and businesses are still based here. Although they may now be locating their factories outside the city, they still have offices in the centre.

What motivated UNESCO to put the old centre of Aleppo on its cultural heritage list in 1986?

Knost: Aleppo's mediaeval monuments were the decisive factor in that decision: the Citadel, the mediaeval mosques and madrasas, i.e. Islamic schools, from the Ayyubid era of the early 13th century, as well as from the Nur al-Din era around the mid-12th century. At this time, just as in later centuries, Aleppo was a flourishing trade centre. The city was already involved in trans-regional trade and the Silk Road, which created a large share of the city's wealth. This wealth manifested itself in the buildings. Structures such as the Citadel, the Ummayad Mosque and the al-Firdaws Madrasa in the southern part of the old town are world-class monuments.

Apart from the bazaar, which other historic sites in Aleppo have been affected by the fighting?

Knost: A bomb hit the entrance to the Citadel. This partially destroyed the first gate tower and the stone bridge, as well as the original doors from the main gate tower dating from the 13th century. Otherwise the rebels have been primarily active in the suburbs of Aleppo, to the south and east of the city. 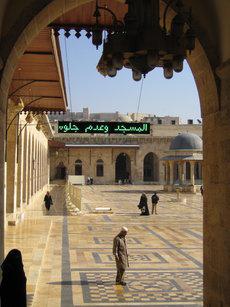 World-ranking monument under threat: the Ummayad mosque in the southern part of Aleppo's old town, with the Citadel in the background

​​But some of these areas are also ancient districts with madrasas from the Ayyubid era. It's likely that historic buildings have also sustained damage here too.

Who is responsible for the destruction of the historic old city? Are the rebels and supporters of the regime blaming each other for this?

Knost: It's too early to say, as we don't yet have sufficient information. But quite apart from that, I wonder why there's been any fighting at all in the old city. There are no strategically relevant targets there, no barracks or Syrian intelligence service strongholds. Apart from the Citadel, the area has no exposed position.

These days, the old town is only a very small part of Aleppo. One hundred years ago, it would have been home to around 100,000 people. Now that figure is likely to be much lower and in any case, it's only a fraction of Aleppo's population of more than two million. In my view, there's no reason to take the fighting into the old town and bazaar area.

For months now, we've observed a military stalemate between rebels and regime troops in Aleppo. Why is the Free Syrian Army not making better progress? Do local people support the rebels?

Knost: It does appear to be the case that many residents of Aleppo don't want to have anything to do with this rebel army. Most of the rebel fighters aren't from Aleppo, but from rural areas. 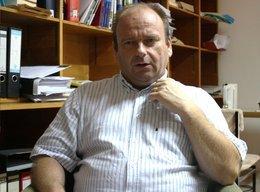 Dr. Stefan Knost: "As long as no solution to this conflict is found, Syria's cultural heritage will continue to be destroyed. Syria is in the process of losing its history"

​​The two largest cities in Syria, Damascus and Aleppo, evidently have their issues with the proponents of armed resistance. Although there is certainly not much more support for the regime here, there are hardly any supporters of the armed resistance in these two large cities. People are seeing how the fighting has brought their nation to its knees.

Aleppo is not the only scene of bitter battles. Which other ancient sites and historic buildings have been destroyed in the fighting, or are in danger?

Knost: In Damascus, the southern suburbs and the district of Midan were affected early on. The old centre of Damascus has been barely affected so far. It's a different picture in Homs, where the old city and historic buildings have been severely damaged.

The crusader castle Krak des Chevaliers, which is also a UNESCO heritage site, was bombarded by the Syrian army. There are also reports of fighting in the ancient sites of Palmyra, as well as damage inflicted on the old city of Bosra, which is also on the UNESCO list.

Five out of six UNESCO heritage sites in Syria have been damaged so far. That just leaves the Dead Cities near Aleppo – so far we've had no reports of any destruction there.

What do you think can now be done, after all this destruction?

Knost: I think there are limited opportunities for a third party to exert pressure on either side. And in any case, I think the will quite simply isn't there.

You've spent a long time carrying out research in Syria, particularly in Aleppo. What goes through your mind when you see these images of destruction?

Knost: It's a catastrophe of course, quite apart from the human tragedy still unfolding. As long as no solution to this conflict is found, Syria's cultural heritage will continue to be destroyed. Syria is in the process of losing its history.

Dr. Stefan Knost is a consultant at the Orient Institute in Beirut, Lebanon. He specialises in early modern western Asian history, and is a recognised authority on the history of Aleppo. He participated in excavations at the Aleppo Citadel in 2005.

The coronavirus pandemic has turned lives upside down all over the world. In the Middle Ages, however, people lived with epidemics all the time. The best and most famous ... END_OF_DOCUMENT_TOKEN_TO_BE_REPLACED

Arab women played a leading role in the protest movement of 2011. Since then, ongoing social transformation has had a considerable impact on their lives. What is their assessment ... END_OF_DOCUMENT_TOKEN_TO_BE_REPLACED

In Islamic mysticism, Ramadan is more than just a period of prescribed abstinence, signifying an opportunity for inner contemplation. Marian Brehmer explores the spiritual ... END_OF_DOCUMENT_TOKEN_TO_BE_REPLACED

Liberal Islam: everything revolves around the Koran. In the search for a liberal interpretation, peculiar constructs occasionally emerge. By Alexander Flores END_OF_DOCUMENT_TOKEN_TO_BE_REPLACED

Mass protests began in Egypt on 25 January 2011. They triggered the overthrow of long-time ruler Mubarak. Ten years later, many human rights activists and journalists are in ... END_OF_DOCUMENT_TOKEN_TO_BE_REPLACED

END_OF_DOCUMENT_TOKEN_TO_BE_REPLACED
Social media
and networks
Subscribe to our
newsletter