The West has long turned a blind eye to the flagrant democratic deficit in the Arab world in favour of its decades-long alliances with autocrats in the region. According to Khaled Hroub, the alternative is not palatable to the West: free elections would only sweep Islamist groups to power

The West has long turned a blind eye to the flagrant democratic deficit in the Arab world in favour of its decades-long alliances with autocrats in the region. According to Arab media expert Khaled Hroub, the alternative is not palatable to the West: free elections would only sweep Islamist groups to power 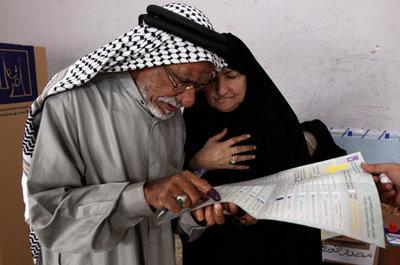 "If free and fair elections were to be held in any Arab country, Islamists would come to power," says Khaled Hroub

​​ The lack of democracy in the Arab world results from an unholy alliance between Western interests and local autocrats, justified by what both sides claim to be the region's "cultural specificity".

In a nutshell, it has been much easier for the West to do business in the post-colonial Middle East with un-democratic regimes, which have found Western support and recognition useful in marginalising local liberal and democratic forces, even as it paved the way for the rise of Islamist radicalisation.

Sticks as well as carrots have been used – by both sides – to maintain this alliance. For example, the Western emphasis on reform and democracy in recent years has been used more often than not as a threat, a typical message being: "Help us in Iraq or we will press for democracy and human rights in your own country." And the Arab reply is equally threatening: "Stop pressing us on the reform issue or we won't cooperate in the 'war on terror'!"

Democracy as a brake for the peace process

Two other major issues have sustained the trade-off: Israel and the rise of the Islamist movements. The Arab public overwhelmingly regards Israel as an alien and illegitimate entity imposed by force on Palestinian land with Western support. If this perception was channelled democratically and allowed to shape Arab countries' policies toward Israel, any peace negotiations would be even more complicated than they are now.

Democracy when and where it suits the West: when Hamas came to power in 2006, the West refused to recognise their victory, which was won in free and fair democratic elections

​​ So it is far easier for authoritarian regimes like Egypt and Jordan (and in the future perhaps Syria), where there is no need for parliamentary agreement, to launch negotiations and sign peace agreements with Israel. Likewise, in Morocco, Tunisia, Mauritania, Qatar, Oman, and Bahrain, where various low-level contacts and Israeli representations exist, undemocratic regimes can define whatever relationship with Israel they choose.

The rise of radical Islamism has been no less obstructive when it comes to Arab democracy. Decades of unholy alliance between Arab autocrats and the West have seen radical Islam emerge as a "salvation" force. If free and fair elections were to be held in any Arab country, Islamists would come to power. That was the case in Algeria in 1991–92, in Iraq in 2005, and in the West Bank and Gaza in 2006. Other countries, such as Jordan, Morocco, Kuwait, Yemen, and Bahrain, have created more limited space for democracy. There, too, Islamists have immediately filled it. 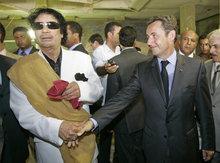 ​​ The West has wasted decades, missing countless chances to establish regimes that could empower Arab liberal and democratic forces. The West's blind support for autocratic Arab rulers has reduced all hope of peaceful change.

The democratic process has lost its aura and its thrust, not least because democratisation seems to lead to the rise of political movements the West finds unacceptable. The whole notion of democracy has been eroded and discredited, with the radicalisation that engulfs many Muslim societies now spilling over into their emigrant communities in the West.

When US President George W. Bush's administration launched its Middle East Partnership Initiative for democratisation in 2002, it turned out to be too little too late – and it died too soon. The allocated budget was just $29 million, but its rapid death can also be ascribed to its short-sighted design – and to Barack Obama, who has shown little interest in the issue.

A man with whom one can do business: US President Obama is full of praise for Hosni Mubarak, who he hopes will bring stability to Egypt

​​ Obama's praise of Egypt's Hosni Mubarak as a man with whom one could do business demoralised Egyptian opposition groups, which have been struggling against the long-serving autocrat and his efforts to ensure that his son, Gamal Mubarak, succeeds him.

The US is not the only guilty party. Europe has played a major role in retarding democratic reform in Libya and Saudi Arabia. Libya has become a Mecca for European leaders trying to win multi-billion dollar oil and investment deals. The rehabilitation of the Gaddafi regime has never included any push to ease political repression in Libya.

Using "cultural specificity" as an excuse

An even more telling case is Saudi Arabia. No European leader risks antagonising the Saudis by raising the issue of democracy and human rights. Saudi women remain prohibited from driving cars, travelling on their own, and working or studying without the permission of a male relative. 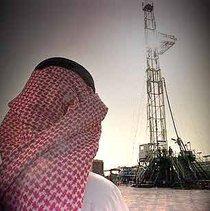 Economic interests frequently act as a brake on the West's moral standards, which explains why criticism of Saudi Arabia is taboo

​​ Saudi society, and those of some other Gulf States, lacks minimum levels of political freedom and participation. The status quo is excused by Arab regimes in the name of cultural specificity – the same pretext used by Western governments to justify their "value-free" policies toward these regimes.

Add together all the trade-offs between the West and the Arab regimes, along with the Israeli and Islamist factor, and the conclusion at which one arrives is as inescapable as it is alarming: the West cannot afford democracy in the region.

No Democracy in the Arab World
The Curse of Arabia
In spite of cautious reforms in several Arab countries, most of the authoritarian rulers in the region have not been ready to restrict their wide powers over state and society. Noureddine Jebnoun looks at why this region is quite so unwilling to engage in reform

Islam and Democracy
The Acceleration of History
Contrary to the European experience, secularization in the Islamic world preceded a religious reformation – with profound negative consequences for political development in Muslim societies. An essay by Nader Hashemi

Dossier
Democracy and Civil Society
The question of Islam's compatibility with democracy is often posed in the West. For many intellectuals in predominantly Islamic countries, however, it is not faith that prevents democratisation of their societies. They tend to lay the blame instead at the door of the ruling parties - their fear of losing power, their corruption and nepotism

END_OF_DOCUMENT_TOKEN_TO_BE_REPLACED
Social media
and networks
Subscribe to our
newsletter