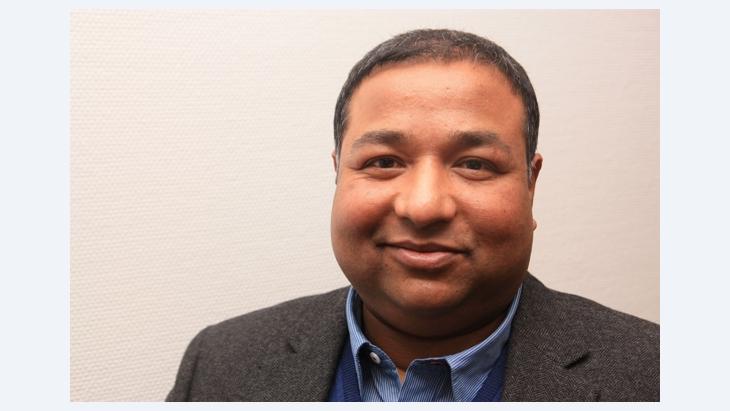 In order to retain the values of the Koran, one must go beyond the literal meaning of the text, says British Islam scholar Dilwar Hussain. Instead, Muslims should try to interpret the dynamic of change of early Islam and apply that to modern times and conditions. An interview by Jan Kuhlmann

With your project "New Horizons" you want to promote reform and new ideas within Islam. With what aim?

Dilwar Hussain: We feel that not enough is happening in terms of promoting ideas that are more open and challenging, ideas that speak to the reality of Muslim life in Europe. One of the most obvious examples is gender equality. Over the last 10 or 15 years, the Muslim discourse has claimed that when you go back to the foundations of Islam you can find references that are emancipatory of women.

Taking that point of view, some Muslims have argued that Islam has always had a positive approach towards gender equality, that the problem is tradition and culture. And once we're able to move away from traditional Muslim cultures everything is okay. I can understand the appeal of that at one level, but it is not enough.

Dilwar Hussain: If you follow that through you will achieve some results, but not resolve all the issues. There are for example references in the Koran that refer to differential inheritance of men and women. Or there is a reference of giving licence in extreme situations granted for a man to strike his wife to correct her or to punish her. 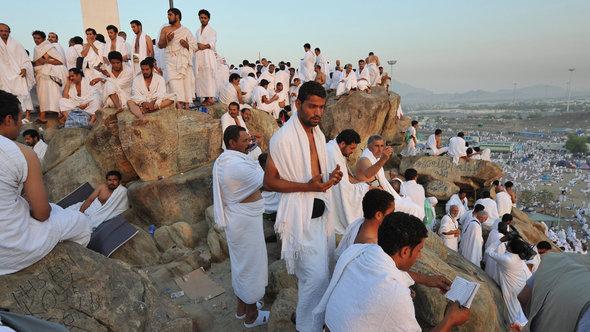 "If you look at the Koran and the mission of the prophet Muhammad in its entirety, you see a movement, a dynamic of change within a short space of time. In that time that movement of emancipation remains incomplete. But the Koran was creating a movement that is expecting us to use our rational faculties to take a signpost from the original message and to move in that direction." Pictured: Muslim pilgrim on Jebel Rahma, or the Mountain of Mercy, near Arafat in Saudi Arabia

​​These things are there in the text. Moving away from Muslim tradition will not help us understand the text better. That requires a serious reflection and thinking about how you read the text and how you make sense of the text in the modern context.

Do Islamic sources tell us that there is gender equality?

Dilwar Hussain: It goes back really to how you read the sources. If you look at the Koran and the mission of the prophet Muhammad in its entirety, you see a movement, a dynamic of change within a short space of time. In that time that movement of emancipation remains incomplete, just as the emancipation of slaves. But the Koran was creating a movement that is expecting us to use our rational faculties to take a signpost from the original message and to move in that direction. If you look literally at the text, men and women are not absolutely equal. But the sources give you a direction where you can reach equality.

How should Muslims read and interpret their sources like the Koran?

Dilwar Hussain: It is very difficult to take the Koran in its entirety in a literal sense because there are clearly many examples that use the language of the time or where metaphors are used. When the Koran refers to specific conflicts, when it's referring to the scenery around the Arabs, to the seasons and trade, these are all very clearly very time-bound contextual things. To take those as literal instructions for the future is nonsensical.

Then there are things around belief, around the role of human beings, around core human values, around justice, mercy, compassion, love. These are eternal values. So you have to approach the Koran and say that some parts are to be read in a more literal way. And if you read others you have to apply imagination, just as you have to interpret ﻿any text.

Fundamentalist movements claim that there is only one reading of the Koran.

Dilwar Hussain: The Koran in itself says nothing. It has to be read by somebody. And when you read the Koran you bring yourself to the Koran, you bring all of your experiences, your emotions, your prejudices, all of your likes and dislikes. So each on of us will approach the Koran slightly differently and the outcome will be different. That is something we have to be more accepting of and create more room for different interpretation, based on scholarship obviously. 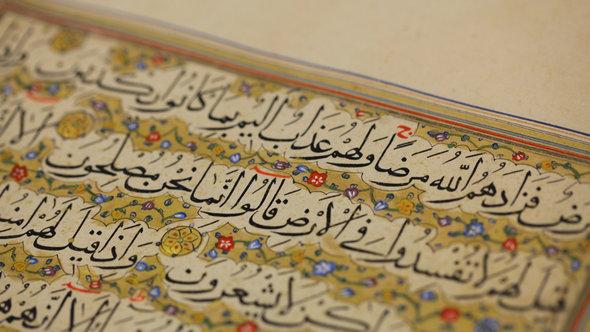 The Koran is the word of God, says Dilwar Hussein, but is up to man to make sense of it in modern times. "The Koran appeals to the human yearning for justice. It doesn't create an elaborate legal construct around the notion of justice. It leaves us to do that," he says

There is a conflict between the Sharia and Western law. The Muslim scholar Mouhanad Khorchide from Münster University in Germany argues that the Sharia is a human construct. Would you agree with him?

Dilwar Hussain: It depends on what you mean by Sharia. Literally it's the pathway to water, something which gives you life. Personally, I don't like translating Sharia as Islamic law because Sharia is more than law. It includes the values, the approach and the philosophy of the law. Scholars take all those things and then for any given situation﻿ derive and come up with a legal injunction: This is allowed, this is not allowed, this is recommended, or the Sharia has nothing to say about it.

I would be more comfortable in translating fiqh as law. Now, a ruling of fiqh and then the body of fiqh that developed around many different scholars recorded in books for centuries is all a human construct. It is the application of the human mind to what we consider to be divine sources and the reality of our context. The outcome has to be human.

Does this mean that Fatwas, legal judgments by Islamic scholars of law, can change?

Dilwar Hussain: The Sharia says that a legal verdict changes depending on time and place. We saw this even in the classical time of Imam ash-Shafi’i, one of the early jurists. When he moved from Iraq to Egypt, he had to change some of his rules, because the people and challenges were different.

What then happens if you move from the Arab world or Turkey to Britain or Germany? What happens when you fast-forward time by 1000 years? What happens when fundamental changes occur in our cultural landscape, like the industrial revolution or globalization? This has a significant bearing on how we think, and therefore, must have a bearing on how we think about Islam.

What's the role of the Koran in this process?

Dilwar Hussain: The Koran doesn't just give you ‘ready-made’ laws. It mainly gives principles and values. For example, the Koran talks generally about justice. It doesn't give you details of the mechanism and forms of justice as we would have it in a modern state. 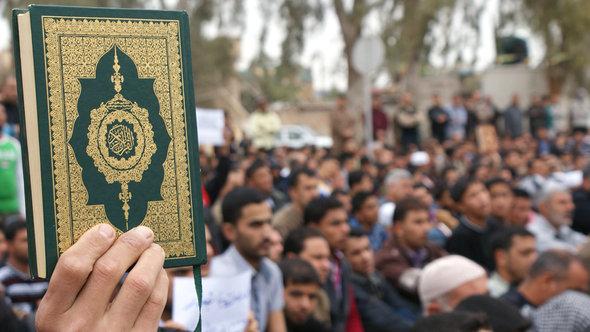 Just like western culture, Muslim culture has also evolved, but in a different pace, says Dilwar Hussein. "Over the last 200 or 300 years Muslim interpretations of Islam haven't evolved quickly enough, they haven't kept pace," he argues

The Koran appeals to the human yearning for justice. It doesn't create an elaborate legal construct around the notion of justice. It leaves us to do that. That's why God has given us a mind. The greatest asset that we have as human beings is our mind. Unfortunately too many religious people – when it comes to their faith – they switch that off. We can't afford to do that.

Will your way of reform help to bridge the gap between what is perceived as "Islamic" and "Western" values?

Dilwar Hussain: My parents came from Bangladesh but I grew up in Britain. I went to school in Britain, I travelled across Europe and made friends in different parts of Europe. If you look at the fundamental core of what we consider to be British, German or European values I don't think there are big areas of clash. If we look at values like openness, toleration, pluralism, justice, love, mercy, treating you neighbour well, looking after the poor; or if we look at accountable governance, fairness, equality before the law, I don't think there is any conflict.

Are you saying that there are no conflicts at all?

Dilwar Hussain: There are some, but they often arise when you get into the historical scholarship, for example, and you find a detail like different inheritance for a boy and a girl in one family. Or a man can do this but a woman can't do that. Again, this is because it is a human construct, rooted in history. If you go back five centuries in Europe the political culture was very different. There were no human rights. We didn't have a notion of the liberty of the individual. These were values that evolved. And it's still a work in progress.

Muslim interpretations of Islam have also evolved, but at a different pace. Over the last 200 or 300 years they haven't moved very quickly, they haven't kept pace with developments in the world. But I don't see a fundamental disjuncture between the values. I just see that one leg is behind the other.

Dilwar Hussain has advised government departments and think tanks, as well as head research projects over the last decade. He publishes, teaches and regularly speaks on issues relating to Islam in contemporary Britain. He is founding Chair of "New Horizons in British Islam", a charity that works for reform in Muslim thought and practice, a Senior Programme Advisor to the Institute for Strategic Dialogue, a Research Fellow at the Lokahi Foundation and an Associate of the Centre of Islamic Studies, Cambridge University.

END_OF_DOCUMENT_TOKEN_TO_BE_REPLACED
Social media
and networks
Subscribe to our
newsletter