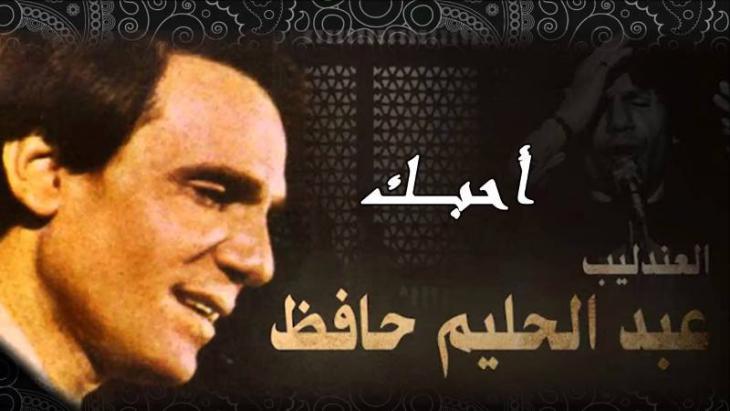 Egyptian director Dina Hamza's latest documentary film "Gaye El Zaman" (The Past Will Return) is a project very close to her heart. Her late father, who died in 2010, was a prolific songwriter for over four generations, with many of his compositions remaining popular to this day – including 37 songs he wrote in memory of music legend Abdel Halim Hafez. By Sherif Abdel Samad

Dina Hamza's film is not only her way of paying tribute to her father; it also helped her come to terms with his death. The film opens with a scene in which a young woman carefully removes her shoes before climbing barefoot onto a table and throwing herself to her death from a balcony. We then encounter the director herself confessing to a self-help group that she dreamed of how she would take her own life. But, I'm fine now, she says with a smile of resignation, but one that fails to disguise her underlying melancholy.

Dina is usually happy to remain in the background and let her twin sister Doaa, her shy brother Mohammed and the friends of her father do the talking. I am searching for my father, she says, because I miss him and would like to do more than just visit his grave. And so she seeks out those places where she feels the strongest sense of connection to him; places such as the public radio building in Maspero, or the deserted flat of his friend Halim. She digs out their shared video recordings of children's birthday parties in which her father can be seen lurking in the background. He always made sure that we wanted for nothing, Dina recalls, but he was someone who preferred to remain in the background.

By using images such as that of a slowly descending lift, to represent the past, or of churning, swirling waves, to indicate a life that has been anything but straightforward or simple, Dina evokes a mood of wistful melancholy – an atmosphere of loss and of emptiness.

In a rare scene with her twin sister in her old flat, her sister reveals that her decision to start a family of her own had come after the death of their mother and the awareness that their father too would one day leave them. Dina admits that she had never faced up to the fact that her father would die.

What better way could there be for a filmmaker to pay tribute to her father than with a film. The soundtrack features many of her father's songs; songs that every Egyptian grew up with and it is astonishing to hear the exclamations of surprise from audiences as they realise that all of them – these songs of love, of war, of loss – were written by Hamza. Once, when asked why it was that his songs were all so sad, Hamza explained with a smile that Arabs are happiest when they can be sad.

The film brings together a personal story and the history of modern Egypt. As well as documenting the war with Israel, Hamza's songs are about the emigration of Egyptians in the 1970s, as people left the country in search of a better life. They are sad songs that tell of the wives left behind to lament the departure of their husbands.

When revolution erupted in Egypt on 25 January 2011, just a few months after Hamza's death, it was his song "Ya Habibty Ya Masr" (Egypt My Love) that became a kind of anthem for those gathered on Tahrir Square. For Dina, who took part in the revolution along with her sister, it was a moving experience. Through his songs, her father is a ubiquitous presence in the film, but also in real life. But not for Dina, who tries in vain to piece together the broken fragments of memories, songs, places and people into some kind of synthesis that might evoke her father.

"The Past Will Return" is an attempt to come to terms with the place of death in life. As a woman in Dina's self-help group puts it, there must no capitulation to mortality and death. The film makes it clear that Hamza's musical legacy will long remain an inseparable part of Egypt's cultural memory, just as Dina's movingly sentimental film too touches something deep within the soul of its audiences.

Algeria‘s regime is again cracking down on anti-fracking activists and the unemployed in the country‘s south. Yet EU countries remain keen to scale up their energy cooperation ... END_OF_DOCUMENT_TOKEN_TO_BE_REPLACED

The murder of a female student at Mansoura University in the Nile Delta has sparked a long overdue debate on femicide in Egypt. Karim El-Gawhary reports from Cairo END_OF_DOCUMENT_TOKEN_TO_BE_REPLACED

Syria, Egypt, Saudi Arabia and the UAE are among those countries increasingly misusing cybercrime legislation to silence dissent and curb freedom of speech. Could a new global ... END_OF_DOCUMENT_TOKEN_TO_BE_REPLACED

Egypt hopes to jump-start the action needed to face a warming world when it takes the presidency of major UN climate talks in November, but warns that countries need a "reality ... END_OF_DOCUMENT_TOKEN_TO_BE_REPLACED

A ceasefire has been in effect in Libya for the past year and a half. Yet after Russia's attack on Ukraine, another proxy war looms in Africa's most oil-rich country. Mirco ... END_OF_DOCUMENT_TOKEN_TO_BE_REPLACED

It is the biggest order in the history of the Siemens Group: a 2,000-kilometre railway network for high-speed trains is to be built in Egypt. But the project raises numerous ... END_OF_DOCUMENT_TOKEN_TO_BE_REPLACED
Author:
Sherif Abdel Samad
Date:
Mail:
Send via mail

END_OF_DOCUMENT_TOKEN_TO_BE_REPLACED
Social media
and networks
Subscribe to our
newsletter