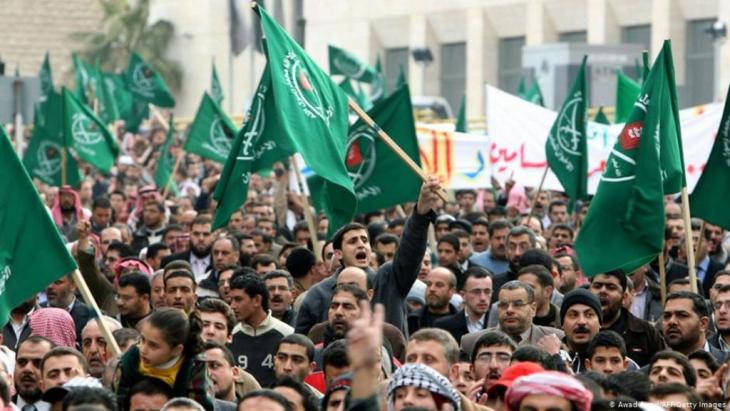 A heated debate is raging in the Islamic world about whether the religious and political spheres in Islam are one and the same. Before this matter can be settled, the terms "religion" and "state" have to be clarified, says Syrian writer Morris Ayek. This, he says, is the only way to avoid misunderstandings

Over the years, the slogan "Islam is both religion and state" has triggered many controversies and debates. In this essay, I would like to examine whether it is a modern concept. There are two fundamental views on this: the first sees this idea – in terms of both its wording and its contents – as something new.

This view holds that the idea of Islam encompassing both religion and state is the product of a modernisation process and the attempt to integrate Islam into the modern world. According to this standpoint, the concept is, therefore, the expression of a new vision of Islam that is closely linked to the ideology of Islamism and the history of its development.

The second view, generally fostered in Islamist circles, holds that this concept already existed in the early years of Islam and that the only thing about it that is new is the way it is formulated.

According to this standpoint, as far as the content of the faith is concerned, Islam has always been both religion and state. I would like to understand the origin of the dispute between these two viewpoints. Is it a question of two different perceptions of Islam? Or is it a question of what the words mean?

To put it another way, do we disagree about the very essence of Islam or does our understanding of the terms "state" and "religion" differ?

Those who hold the view that the phrase "Islam is both religion and state" is a modern concept can be divided into two camps: the first holds that Islam is just a religion and has no political content whatsoever. According to this standpoint, everything that is political would be a purely societal exercise without any kind of religious dimension.

The Egyptian scholar of Islam Ali Abdel Razek, who wrote "Islam and the foundations of political power" in 1925, is considered an early advocate of this view. Personally, however, I feel that it is one that is very hard to defend.

On the one hand, it does not fit with everything we know about the history of Islam; on the other, it contributes nothing to the debate about the modernity of the slogan "Islam is both religion and state". Instead it just ignores every political dimension of Islam. It sees Islam as a religion that reduces belief to cultic activities. According to this view of Islam, relationships between people are completely dissociated from religion. 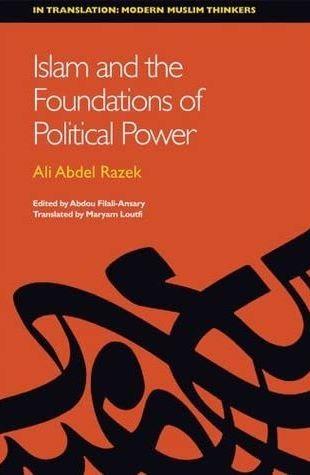 Contentious seminal work: along with other Muslim authors of the early 20th century, the writing of Al-Azhar scholar Ali Abdel Razek significantly influenced discourse on the relationship between state and politics in Islam. Drawing on Islamic tradition, Ali Abdel Razek establishes the political anchoring of the caliphate and caliphs. Thus the caliphate loses its religious veneer and is reduced to a simple form of rule

You may also like: Debating secularism and religion in the Islamic world – No threat to faith

Our concept of the state is closely linked to a territory (the nation state), which is the term used to describe the area where a state's constituent people lives. By virtue of its laws, the state holds the monopoly on the legitimate use of force and, consequently, the right to rule. This also includes a monopoly on the administration of justice and legislation as well as on the definition of the public good and public law. Such a concept of state is, however, a modern concept and has its roots in the era of absolute monarchy in Europe.

In almost all of these areas, the modern state differs from its precursors throughout history. Historically, the concepts of territory or nation were alien to the state. The state governed individual areas of land that submitted themselves to its rule.

However, state entities did not demand any legislative or judicial competence, but as a rule let local societies continue as usual. Even in those cases where a legal order was adopted – as in the case of the Islamic Sharia – its implementation was a matter for the societies in question. After all, in former times, states preserved the natural order of things. By comparison, the modern state seems unbending, omnipresent and repressive.

Home
Print
Newsletter
More on this topic
Secularism in the Islamic world: Part I – It′s a knotty problemInterview with pioneering Islamic thinker Fehmi Jadaane: What is the essence of Islam, and does it need reforming?Non-fiction: ″Religious criticism around 1900″: Middle Eastern philosophy's take on Islam
Related Topics
'Islamic State' | IS, Ataturk, History of Islam, History of the Near and Middle East, Islamism | Political Islam, Koran | Quran, Science, Secularism in the Islamic world, Sharia
All Topics

A bird's eye view of eight hundred years of history: Brian A. Catlos tells the story of Al-Andalus in the style of a streaming series and deconstructs the myths of the Reconquista ... END_OF_DOCUMENT_TOKEN_TO_BE_REPLACED

Known to Jews, Muslims, and Christians by three different names – Sefarad, al-Andalus, and Hispania, respectively – the Iberian Peninsula has been a centre of fertile intellectual ... END_OF_DOCUMENT_TOKEN_TO_BE_REPLACED

On their fourth CD "Irade" (willpower), Masaa has left its piano sound behind, yet continues with its new guitarist to pursue a path that bridges jazz improvisation and Arabic ... END_OF_DOCUMENT_TOKEN_TO_BE_REPLACED

Muhyiddin Ibn Arabi (1165-1240) is one of the most influential Arab philosophers and mystics. James Morris, Professor of Islamic Theology at Boston College, explains why his ... END_OF_DOCUMENT_TOKEN_TO_BE_REPLACED

Internationally Bamiyan tends to be associated with the tragedy surrounding its empty Buddha niches. But in recent years the central Afghan province has also been an island of ... END_OF_DOCUMENT_TOKEN_TO_BE_REPLACED

Any journey to southern Spain, to Al-Andalus, is akin to the start of a dream that finds its beguiling continuation beyond the Pillars of Hercules, in the Andalusian cities of ... END_OF_DOCUMENT_TOKEN_TO_BE_REPLACED
Author:
Morris Ayek
Date:
Mail:
Send via mail

END_OF_DOCUMENT_TOKEN_TO_BE_REPLACED
Social media
and networks
Subscribe to our
newsletter