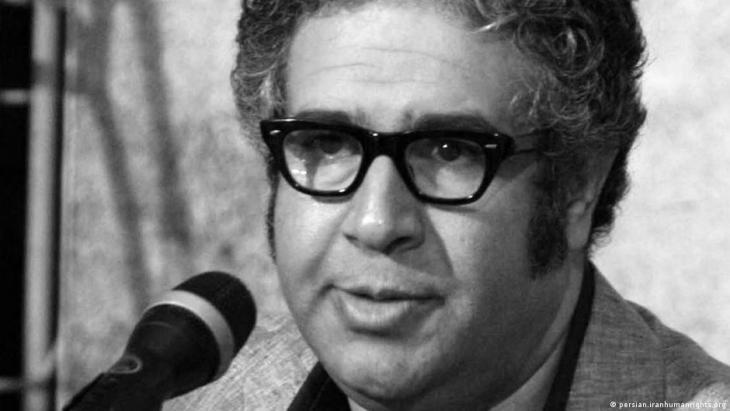 Dissident Iranian poet and filmmaker Baktash Abtin, who was serving a jail sentence in Tehran on security charges, has died after falling ill with COVID-19, rights groups said on Saturday.

"Baktash Abtin has died", the Iranian Writers Association said in a statement on its Telegram channel after the author was put into an induced coma earlier in the week.

Media rights group Reporters Without Borders confirmed the 48-year-old writer's death in a statement on Twitter, saying it blamed Iranian authorities for failing to save his life.

A respected poet and author of several books, Abtin was sentenced to five years in prison on 15 May 2019 on charges of "illegal assembly and collusion against national security" and one year for "spreading propaganda against the state", in relation to his joint authorship of a book on the history of the Iranian Writers' Association, which has been critical of successive Iranian governments, according to the Dublin-based NGO, Front Line Defenders.

Along with fellow writers, Keyvan Bajan and Reza Khandan Mahabadi, Abtin had in September 2021 been given the PEN/Barbey Freedom to Write award by writers' rights group PEN America.

On Friday, PEN America published an open letter to Iranian Supreme Leader Ayatollah Ali Hosseini Khamenei to demand "the best possible medical care" for Abatin as he battled for his life. "In addition, we urge that: he and all those unjustly detained for their writing or expression be immediately and unconditionally released; that authorities refrain from summoning political prisoners to serve their sentences while the conditions inside Evin and other Iranian prisons remain unsafe," said the letter.

There has been growing concern in recent months among activists over deaths of prisoners in detention in Iran, especially in the light of the COVID-19 pandemic which campaigners fear is raging in Iranian prisons.

Hadi Ghaemi, the executive director of New York-based Centre for Human Rights in Iran (CHRI), called for accountability over Abtin's death. "Baktash Abtin is dead because Iran's government wanted to muzzle him in jail," he said. "This is a preventable tragedy. Iran's judiciary chief (Gholam-Hossein Mohseni-Ejeie) must be held accountable," he added.

Amnesty International in September published a study accusing Iran of failing to provide accountability for at least 72 deaths in custody since January 2010, "despite credible reports that they resulted from torture or other ill-treatment".    (France24/AFP)

More on this topic
The Islamic Republicʹs existential crisis: Will Iran crack under the strain?Interview with Iranian dissident Abolhassan Banisadr: Selling the revolution onEbrahim Raisi takes office: The Iranian regime will stop at nothing to ensure survival
Home
Print
Newsletter
MoreAll Topics

END_OF_DOCUMENT_TOKEN_TO_BE_REPLACED
Social media
and networks
Subscribe to our
newsletter