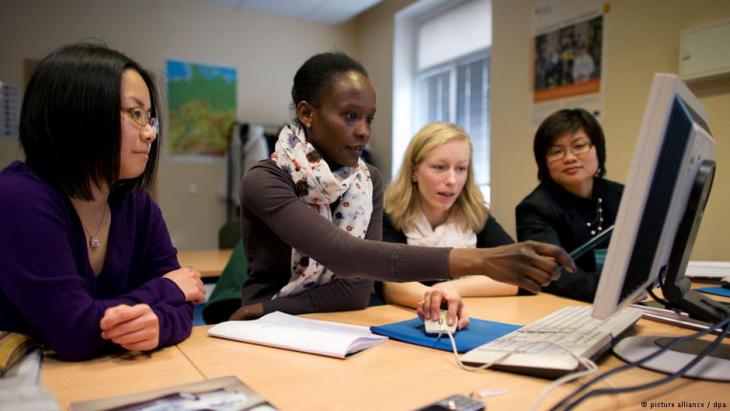 Diversity in the workforce

Changing demographics, a shortage of skilled workers, digitalisation – German companies have to do some re-thinking as they are increasingly forced to rely on "outsiders". But how? Some answers from Insa Wrede

Birds of a feather flock together. People tend to seek out friends from a similar social milieu, conversation partners with similar views and life partners with similar interests. This principle also pervades the workplace. When filling vacant positions, candidates are often favoured who resemble the decision-maker in their religion, origins, social status, attitudes and often also gender. The result is an economy dominated by white, heterosexual, middle-aged men.

"If I have only one kind of person in management, then not necessarily the best but the most similar people will make it to the top. And that is a real problem for businesses," says Veronica Hucke, owner of the consulting firm D&I Strategy and Solutions.

The more colourful, the more creative

Companies stand to benefit from having a more heterogeneous workforce. People with a migrant background are often adept at moving between different cultures, speak more than one language and are more flexible. Frequently, they perceive things differently than their male German colleagues and take original approaches to finding a solution. This can bring a higher degree of creativity to a business, giving it decisive competitive advantages. People who do not fit into the general mainstream are more likely to offer an inspiring alternative point of view.

"Countless studies have shown that, although homogeneous teams may be very satisfied with their results, this is because they avoid difficult discussions, meaning they do not live up to their own capabilities and possibilities," says Hucke.

In addition, the external circumstances today are such that companies are no longer able to neglect the topic of diversity. Demographic developments alone, along with immigration, globalisation and a potential shortage of skilled workers, make it an issue that urgently needs to be addressed. In order to have enough workers in Germany, a net number of 400,000 people must immigrate into the country according to calculations made by the Institute for Employment Research (IAB).

The will is there – in some cases

To promote diversity, four companies in Germany joined forces around ten years ago to initiate a Diversity Charter. The signatories pledge to create a working environment that is free of prejudice. All employees are to be treated with equal respect, regardless of sex, nationality, ethnic origin, religion, beliefs, disabilities, age, sexual orientation and identity. In the meantime nearly 2,500 companies employing over nine million people have signed the charter, among them the major German car manufacturers, Bayer, Deutsche Bahn, Deutsche Telekom and Siemens.

Other companies that have not joined the charter likewise consider a heterogeneous workforce useful. According to a survey conducted by the Diversity Charter, two-thirds of companies in Germany believe that diversity can bring businesses tangible benefits. Yet two-thirds of the companies have yet to introduce any measures for managing diversity and only 20 percent have a diversity management action plan in place for the future.

"Diversity management takes a great deal of work. It is inconvenient at first, because you have to re-think things, break out of familiar routines and adjust established structures and processes. That takes some doing," says Kerstin Tote from the Diversity Charter.

When it comes to diversity in Germany, women are often in the spotlight. In a survey conducted by the Diversity Charter, 95 percent of the companies indicated that women were the main target of their diversity initiatives. Despite all efforts, however, German private-sector boardrooms remain a male domain. Only 26 percent of the positions in top management were occupied by women in 2016, as revealed by a recently published study by the IAB. In 2004, the ratio was 24 percent. At the second management level, the ratio increased during this period from 33 to 40 percent, according to a survey of about 16,000 companies. 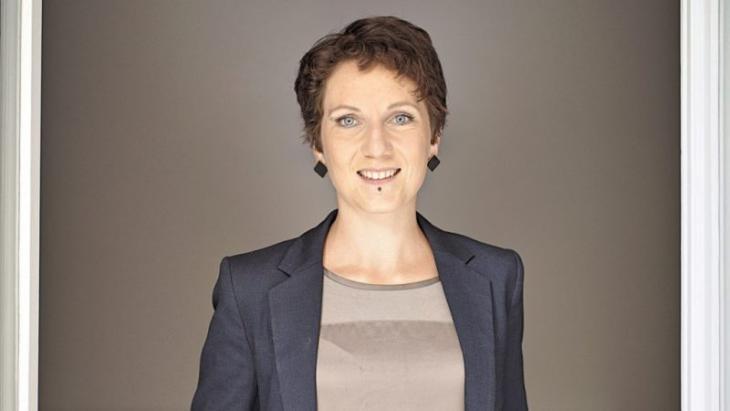 "Diversity management takes a great deal of work. It is inconvenient at first, because you have to re-think things, break out of familiar routines and adjust established structures and processes. That takes some doing," says Kerstin Tote from the Diversity Charter

Women are also still behind in terms of pay. The pay gap between women and men averages 21 percent. Even when taking into account that women work part-time more often than men, rarely ascend to management positions and are more frequently employed in social occupations with low earnings, an average gap of seven percent still remains.

People with a migrant background are even worse off in the labour market and in terms of income, according to the Federal Statistical Office (Destatis).

Kerstin Tote from the Diversity Charter nevertheless believes that Germany is seen as a role model in Europe, where there are about 20 similar charters. "Yet there are countries that are clearly ahead of us in certain areas," she says. For example in Scandinavia, where the issue of equal rights for women no longer plays a major role because so much has been achieved. "For that matter, we are quite good in issues such as the integration of immigrants into the labour market," according to Tote. And also with respect to sexual orientation, Germany is doing well compared to other European countries.

Eliminated from the start

Inequality often already starts with the application procedure. And it's not even necessarily intentional. To prevent subconscious prejudices from affecting hiring decisions, a modified application process can help. An often-cited case in point is that for years the top orchestras in the USA consisted almost entirely of men. This changed when in the 1970s candidates for the Boston Symphony Orchestra auditioned behind a curtain. The selection committee could then concentrate on the quality of the music alone – regardless of the player's gender. As a result, the ratio of women in the top orchestras rose from five to 40 percent.

A shocking discrepancy: according to a survey conducted by the Diversity Charter, two-thirds of companies in Germany believe that diversity can bring businesses tangible benefits. Yet two-thirds of the companies have yet to introduce any measures for managing diversity and only 20 percent have a diversity management action plan in place for the future

When application processes are similarly anonymised – without personal details such as name, nationality, age, gender, religion and address – women and people with a migrant background have much better job prospects, as trials in Sweden have shown. This procedure is already common in some countries. In the USA, for example, applications have been submitted without a photo for decades. Anonymous applications have also been standard in Belgium's public sector for many years. French law specifies that companies with 50 employees or more must use anonymous applications.

By contrast, the anonymous application process for jobs in the public sector in the German state of North Rhine-Westphalia that has been in place since 2013 is to be discontinued. The reasoning given is that the set goals have not been achieved, according to Integration Minister Joachim Stamp. There is apparently no evidence that the process has brought any benefits, with potential discrimination merely being shifted to later stages of the application process.

Problems arise not only in the application process. Heterogeneous workforces must be properly guided, by means of so-called diversity management. "Diversity means not only more creativity and more potential for innovation; it is also often associated with more conflicts, with frictional losses," explains Kathrin Trump, founder of the Institute for Diversity Management. "Research in social psychology has demonstrated that we tend to like those similar to ourselves – and vice-versa, contrasts make people somewhat less likeable at first."

Barriers that people experience in their day-to-day work with others who are different from themselves might be for example that their ideas are not heard, says consultant Veronika Hucke. Or that people are not able to have their say at meetings, have less access to further training, or do not feel appreciated by their supervisor and colleagues. Such problems must first be identified, then targeted measures initiated and the achievement of the desired goals verified.

The measures can be quite simple. At meetings, for example, it often happens that more extroverted staff members put forward their ideas and drive the discussion. "The meeting then proceeds at such a rapid pace that the more introverted participants have no time to gather their thoughts and join in," explains Hucke. "But if everyone instead writes down his or her ideas, which are then presented and discussed in the forum, the quieter colleagues have a better chance of contributing."

Michael Frey has written a fascinating book about the contemporary political thinker Nassif Nassar. Since 1967, Nassar has devoted his life’s work to the question of a fair social ... END_OF_DOCUMENT_TOKEN_TO_BE_REPLACED

The Kurdish YPG militia did the heavy lifting in the fight against the "Islamic State", yet many foreign YPG adherents, including Germans, have come home to find themselves under ... END_OF_DOCUMENT_TOKEN_TO_BE_REPLACED

Few Muslims have to date visited the Auschwitz-Birkenau concentration camp memorial site. Now high-ranking representatives of Muslims and Jews are travelling together to the place ... END_OF_DOCUMENT_TOKEN_TO_BE_REPLACED

The terror attacks in Paris, Brussels and Berlin were all carried out by men radicalised in jail. In Germany, politics and the judiciary are trying out new approaches to prevent ... END_OF_DOCUMENT_TOKEN_TO_BE_REPLACED

Elke Muller is fighting for her daughter Anna, who fell in love with a young Afghan and converted to Islam. The mother spoke to Esther Felden about feeling alienated and her fear ... END_OF_DOCUMENT_TOKEN_TO_BE_REPLACED
Author:
Insa Wrede
Date:
Mail:
Send via mail