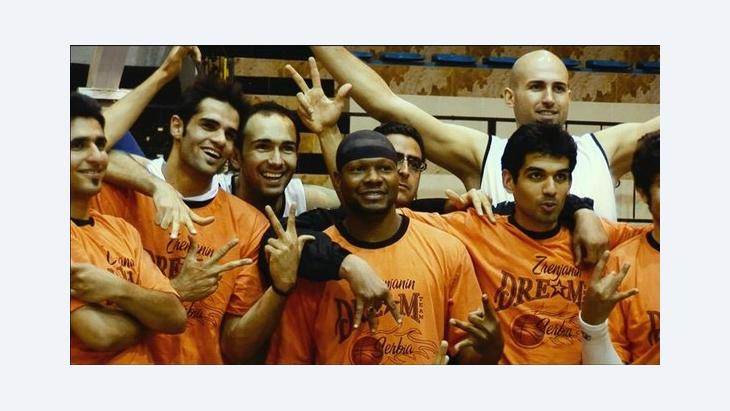 US Basketball Player as Cultural Diplomat

In Autumn 2008, film maker Till Schauder accompanied the American basketball player Kevin Sheppard to Iran, where he'd signed a contract to play a season with A.S. Shiraz. Initially, Sheppard tried to keep sport and politics apart, but he soon realised that that wasn't possible in Iran. By Laura Overmeyer

﻿It was just a job which brought Afro-American US basketball pro Kevin Sheppard to Iran. The job was to support a new team, A.S. Shiraz, in its efforts to reach the play-offs in the Iranian super league. It's not unusual for US players to earn their money this way, but Iran isn't at the top of the list of countries offering such opportunities.

﻿"My first response when I heard about Iran was 'Hell, no!'," ﻿he remembers with a smile. "They try to blow up Israel and the Imam is so crazy and everybody’s riding camels."

But he signed the contract in 2008, at a time when the situation was at least as tense as it is now: the US was fighting in Iraq and Afghanistan, the conflict with Iran itself – a country which President George W. Bush had firmly placed in the "axis of evil" – seemed then, as now, to be just about to escalate dangerously. Diplomatic relations between Iran and the US were completely frozen and the Americans had made all economic relations illegal.

Bubbling under the surface

This is the background against which Till Schauder's film "The Iran Job" plays. Schauder was impressed by Sheppard's courage, and he accompanied him to Iran. He says that Sheppard "has contributed more to the understanding between the peoples of Iran and the United States than any politician or cleric on either side." 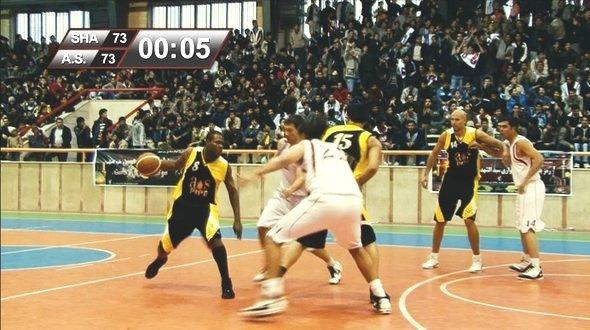 An American in Iran: Kevin Sheppard signed his contract with A.S. Shiraz in 2008, at a time when diplomatic relations between Iran and the US were completely frozen and the Americans had made all economic relations illegal

​​For Schauder, it's clear from the start that the film will not just be about basketball: "The way I saw it, sport would only ever be a peg, a starting point to make the topic available to a western public. I wanted to use basketball to let me go deeper into the social structure of Iran."

Sheppard's first season coincides with important events in the wider world. As 2008 comes to an end, there are presidential elections in the US. There are also presidential elections approaching in Iran, where a lot is going on under the surface: what will come to be known as the "Green movement" is emerging as what will be an important factor in the history of the country.

﻿"I try to stay away from politics as far as possible,"﻿ says Sheppard at the start. "Politics is a very dangerous game. I keep my eyes open and I listen but I try to focus more on what I do and that is basketball."

But, at the same time as he succeeds in getting his young team into the play-offs, he finds it impossible not to get to know the other, political side of Iran. He owes this in particular to three young women, Hilda, Elaheh and Laleh, who don't just introduce him to the culture and the sights of the country, but also turn his living room into a place for open discussion of politics, religion and the role of the sexes. 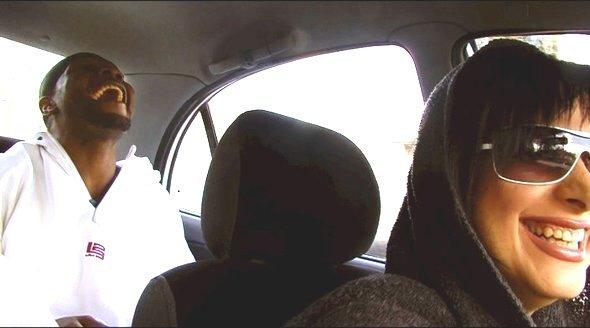 A film not just about basketball: Director Till Schauder says that Kevin Sheppard "has contributed more to the understanding between the peoples of Iran and the United States than any politician or cleric on either side"

​​Skilful mixture of sport and politics

The film weaves its three levels together skilfully. There's the sport: the team, the training, the games, the success. Then there's the American who has to find his way in this strange culture, find friends, experience the country. And then there's the political level, shown by means of uncommented news sequences, cut into the other elements, putting the events of the film into the context of what is going on in the wider world.

All three levels move towards a dramatic climax, before suddenly collapsing and ending in anticlimax. The team is knocked out of the play-offs, Sheppard leaves at the end of the season, and, above all the rest, the Iranian people find themselves disappointed following the elections, and express their anger in mass protests of which the pictures go round the world.

The editing together of political news reports, television footage of the basketball games and his own material, which Schauder had to film with minimal equipment and without a team since he hadn't got a journalist's visa, make the film varied and credible. The Iranian music is particularly well-chosen.

But the main attraction of the film is its unusual approach: one is used to horror stories from Iran about massive repression, political disasters and unrealistic threats, and although the film does not ignore such elements, they fall into the background.

Schauder shows scenes of normal life, extended by the relationships which develop with time: the team grows together, his team-mates become friends who are interested in both sport and girls, like boys throughout the world.

A particularly fruitful element are the three girls whom Sheppard gets to know by chance. They give depth to the film and help it move away from mere sport. One might only wish that one knew more about them - even their names only emerge clearly at the end.

And it's not clear what one should think of Sheppard himself. Schauder describes him as curious, acute and self-critical, with a "disarming sense of humour." But it's this joky façade which often prevents one from knowing what he's really thinking. Does he feel at ease and safe? Does he have difficulty with the strange customs? Is he worried by the omnipresent anti-American propaganda on billboards and walls? When he gives an interview, he seems to have thought carefully about the issues, but when he's seen going about his daily business, his superficial and loud behaviour seems sometimes rather out of place. 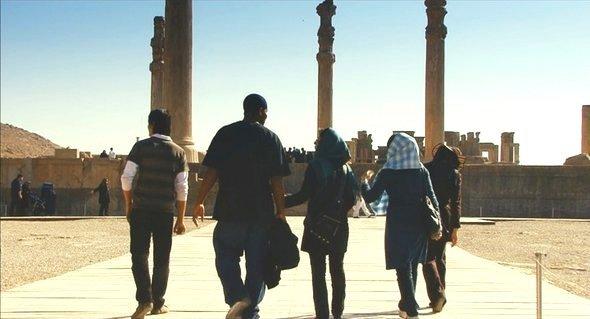 Getting to know the other, political side of Iran: Kevin Sheppard gets to meet three young women, Hilda, Elaheh and Laleh, who don't just introduce him to the culture and the sights of the country, but also engage him in open discussions of politics, religion and the role of the sexes

​​All the same, his time in Iran seems to have made a difference to him, and the "Iran Job" does not seem to have been just a job like any other. He goes back to Shiraz for two more seasons and keeps up his contacts with his friends. He's concerned about their fate, and he's worried about the country when it threatens to sink into chaos in Summer 2009.

But it was the pictures of the death of Neda, the young Iranian woman whose shooting during an anti-government demonstration in June 2009 was filmed and broadcast around the world, which led Sheppard to an important awareness.

"I heard about the young lady when she got shot while she was protesting. It moved me not because I know the young lady but because but because of the three girls that I met in Shiraz," he said. "Maybe it could have been one of them. And that’s when I realized: This thing right here is bigger than basketball."

﻿Translated from the German by Michael Lawton

The anti-Israeli Quds Day did not take place this year – a first both for Iran and Lebanon's Hezbollah. While Hezbollah leader Nasrallah sees his organisation in a state of siege ... END_OF_DOCUMENT_TOKEN_TO_BE_REPLACED

While "Daughters of Smoke and Fire" – Kurdish author Ava Homa's heart-rending debut novel – is about Leila, a young Kurdish woman, coming of age in contemporary Iran, the ... END_OF_DOCUMENT_TOKEN_TO_BE_REPLACED

Over ten years after the publication of "Censoring an Iranian Love Story", Shahriar Mandanipour's latest novel, "Moon Brow", is now available in German translation. This is a ... END_OF_DOCUMENT_TOKEN_TO_BE_REPLACED

Saudi Arabia has spent the past five years fighting off Iran-backed Shia rebels in a seemingly endless conflict that has cost more than 100,000 lives and left 80% of the ... END_OF_DOCUMENT_TOKEN_TO_BE_REPLACED

Saudi Arabia has called on Muslims across the world to put their hajj preparations on hold for the time being. The corona pandemic is impacting one of the central pillars of ... END_OF_DOCUMENT_TOKEN_TO_BE_REPLACED

According to the latest Reuters tally, more than 2.54 million people are now reported to have been infected by the novel coronavirus globally and 177,004 have died. As Muslims ... END_OF_DOCUMENT_TOKEN_TO_BE_REPLACED
Author:
Laura Overmeyer
Date:
Mail:
Send via mail

END_OF_DOCUMENT_TOKEN_TO_BE_REPLACED
Social media
and networks
Subscribe to our
newsletter