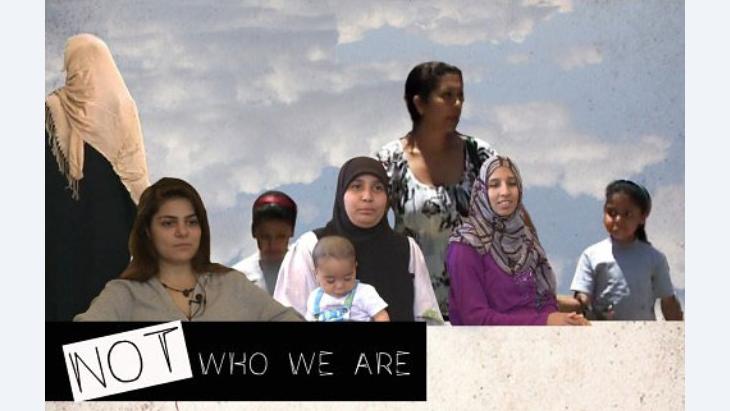 Documentary film: "Not Who We Are"
Lost time in Lebanon

The stigma of being refugees, the lack of privacy and an uncertain future – these are just some of the problems that Syrian women face in Lebanon. The renowned filmmaker Carol Mansour tells their stories in her touching documentary "Not Who We Are". By Jannis Hagmann

"Good Morning" reads the message on the mirror in pink lipstick with a smiley face and a little lip print alongside. In the living room, a guitar leans against the wall next to the TV. "It's been eight months since I left Syria", says 27-year-old Afraa Batous. In Beirut, she shares the 1,000-dollar rent for the spacious apartment with her sister and another three Syrian flatmates.

It is not by chance that the well-known Lebanese filmmaker Carol Mansour first takes us to Afraa's Beirut apartment and not to one of the make-shift refugee camps where many – but certainly not all – Syrian women in Lebanon have taken shelter. For her documentary "Not Who We Are", Mansour has accompanied five Syrian women refugees. Their stories show the manifold ways in which Lebanese exile has turned their lives upside down. What all of them share is the experience of starting from scratch with a highly uncertain future ahead of them.

A bunch of blankets is piled up on the living room couch. In the room next door a flatmate is working on linocuts. Afraa explains: "Family structures no longer resemble what they were. It is a strange state. Families are getting fragmented, yet people are forming new bonds. The break-up of families is leading people to search for new families, which are often friends and other relatives."

"Do your parents accept the fact that a man – another artist – shares the apartment with you?" Mansour wants to know. "This crisis has turned things around," replies Afraa. "We have been forced to follow a certain lifestyle. Everyone is adapting to the situation, whether it be children or parents. They would have been more strict if we were still in Syria or if there weren't a crisis."

Afraa is a singer. She has met a band in Beirut. The camera shows her practicing broken chords and chatting with her flatmates over coffee and cigarettes. She will remember these days for a long, long time, she says. But for now, Afraa cannot think about the future, not even about tomorrow. "This is a phase; it's lost time that we as young people have to pass through", she says of her days in Beirut, "I always feel that my decisions are shaky." 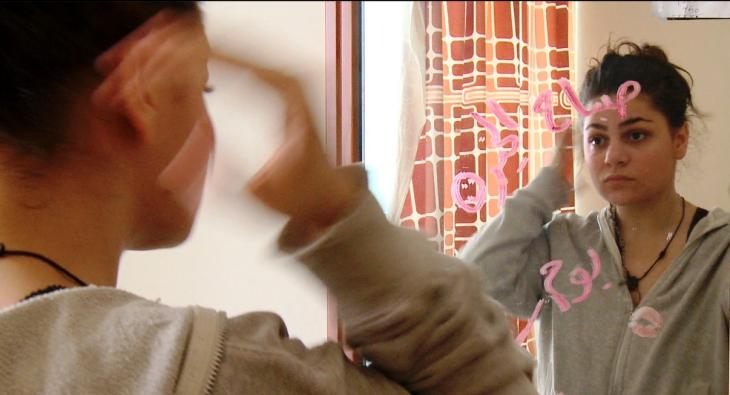 A new start and an uncertain future: just like Afraa (pictured here) and her sisters, hundreds of thousands of Syrians have fled the war in their country and sought refuge in Lebanon

Like Afraa and her sister, hundreds of thousands of Syrians have fled to Lebanon since the war in Syria began. Already, Syrians make up twenty per cent of the small and notoriously unstable country's population. Most of them are women and children. This is why Carol Mansour immediately said "yes" when the Beirut office of the German Heinrich Böll Foundation asked her to tell the stories of female Syrians in Lebanon. While Mansour does not hesitate to show Afraa in personal and private settings and uses her real name, another protagonist – who wants to be called Samar – insists on remaining anonymous. The story Samar shares with the film's audience is all the more personal.

The 36-year-old mother of five from the Syrian town of Zabadani found refuge in Baalbek, Lebanon. Originally, she wanted her daughters to go to university. Instead, two of them are now engaged to be married. "I chose to marry them off. (…) They are young girls and you never know what could happen to them. God forbid, if anything ever happened to me, I would probably kill myself. But to have anything happen to one of my daughters – like the things we are hearing about, rape and things like that – I would lose my mind. I prefer to have them married."

The 16-year-old is engaged to a 23-year-old Lebanese man, the 14-year-old to a 27-year-old. According to Samar, although their father did not initially like the idea in the beginning, he eventually agreed. "Are you happy with that decision?" asks Mansour. Purposefully avoiding her pixelated face, the camera zooms in on Samar's trembling hands. Her unspoken answer is clear enough. 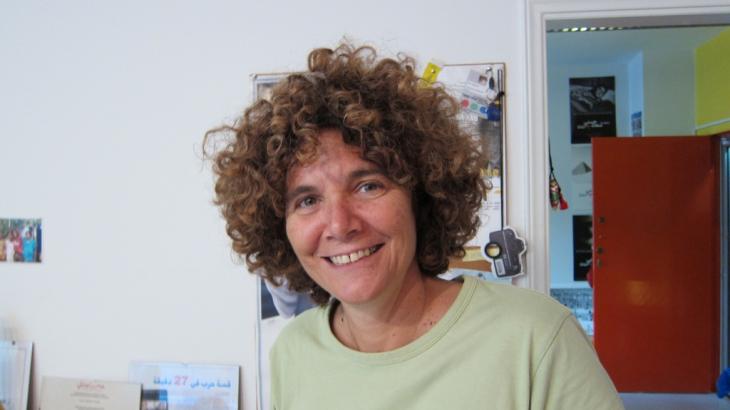 A Lebanese woman with Palestinian roots: Carol Mansour is one of the most famous documentary filmmakers in Lebanon. She prefers to work on social and political subjects. Her works include "Maid in Lebanon" (a film about female migrant workers in Lebanon), "100% Asphalt" (a film about street children), and the award-winning film "A Summer Not to Forget"

Samar's predicament, the hardship, the desperation and the stigma of being Syrian refugees in Lebanese society are what gave the documentary its name: "Not Who We Are". Says Samar: "I always hear them say that those Syrian women would accept anything. If a man doesn't have money they tell him: 'Go marry a Syrian girl!' If an elderly man wants a bride, they say 'The Syrians are giving away their girls; they are willing to give their daughters in marriage to anyone.' (…) People here look down on us because we are Syrians and are content with very little. (...) But we're not like that."

What's worrying Samar the most is the question of how to prepare her younger daughter for marriage. "I don't dare to raise such topics", she says. "It's impossible for me to tell her that this will happen with her. I can't. (…) What I'm trying to tell her is that she will have new responsibilities towards her husband. (…) But to tell her that she's going to have sexual relations with a man, with a boy? This I cannot tell her about at all."

Afraa and Samar are just two of the women Mansour accompanied during the making of the film. The stories of her protagonists, some living in refugee camps in northern Lebanon, could hardly be more diverse. But the paralysing fear of starting a new life in a new country and of being unsure whether or not they can return home, connects all five women.

In "Not Who We Are", the filmmaker seems less interested in the politics of the conflict, the scope of the Syrian refugee crisis or the increasing sectarian tensions in Lebanon. Instead, she chooses to focus on the everyday worries of female refugees, but also their hope, vitality and zest for life. This is a unique and deeply moving documentary film.

Racism exists in the Arab world. People with dark skin are discriminated against and often see their rights curtailed. Activists have had enough of such treatment and are starting ... END_OF_DOCUMENT_TOKEN_TO_BE_REPLACED

The work of artist Marwan Rechmaoui is both minimalist and complex and embodies the faultlines of his home city. Some of his latest pieces are now on show at a leading Beirut ... END_OF_DOCUMENT_TOKEN_TO_BE_REPLACED

Sex education – taboo in the Middle East. Or is it? Thanks to social media, millions these days are daring to ask everything about "it". Jennifer Holleis has the details END_OF_DOCUMENT_TOKEN_TO_BE_REPLACED

Newly discovered aerial photographs taken by the German Luftwaffe show what a keen interest the Germans took in British-controlled Palestine during the Second World War. Not only ... END_OF_DOCUMENT_TOKEN_TO_BE_REPLACED

Lebanon is suffering from the worst economic crisis in its history, which has led to a dramatic shortage of supplies. Electricity and petrol are hard to come by. ... END_OF_DOCUMENT_TOKEN_TO_BE_REPLACED

Lebanese cartoonist Bernard Hage has made a name for himself in a very short space of time, both at home and abroad. Now he sees no future for himself in Lebanon, and is about to ... END_OF_DOCUMENT_TOKEN_TO_BE_REPLACED
Author:
Jannis Hagmann
Date:
Mail:
Send via mail

END_OF_DOCUMENT_TOKEN_TO_BE_REPLACED
Social media
and networks
Subscribe to our
newsletter