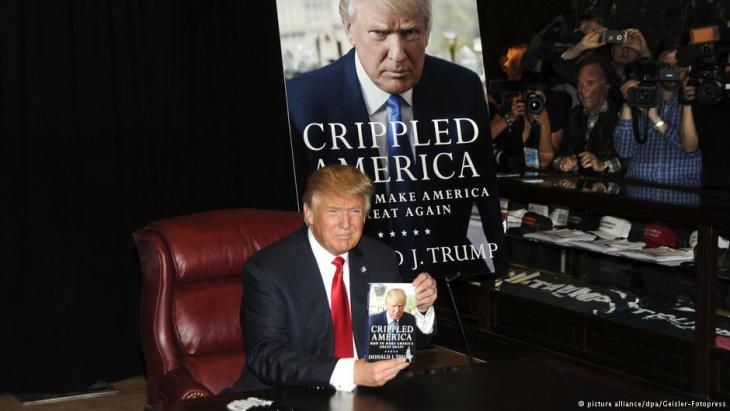 Donald Trump has long been known in America as a book author and cautionary voice. He has already set down his plans for the Middle East in writing – and they give cause for concern. By Joseph Croitoru

The platform that enabled Donald Trump to win the US presidential election can essentially be found in his book "Great Again: How to Fix Our Crippled America". The German version came out in May 2015, and while the media barely took any notice, German readers did: the book is already in its third printing according to the Plassen publishing house. German readers had previously been familiar with Trump mainly as the author of bestsellers on how to get rich.

In his home country, where an estimated 200,000 copies of his latest book were sold last summer, his programmatic patriotic writings are widely known. In these books, he expresses not only his concern for the future of the USA but also describes his visions for the future.

In 2000, he brought out "The America We Deserve" and in 2011 "Time to Get Tough: Making America #1 Again" or, as the paperback edition put it, "Make America Great Again".

This is the source of the "Great Again" in the title of the German translation of his most recent offering, which can be regarded as a kind of update of the two aforementioned books. All three works focus on similar themes. Of special interest are Trump's views on foreign and security policy, in particular with regard to the Middle East and the fight against terrorism.

At the beginning of the new millennium, the American billionaire cockily advocated a "surgical strike" against North Korea. According to Trump, this would also serve as an indirect warning to the other "conspiratorial allies" of the Communist dictatorship, the nations of Iraq, Iran, Libya and China, which in Trump's view represented the greatest threat to world security along with Bin Laden's Al-Qaida, whose threat potential and consequences Trump almost prophetically foretold: "I really am convinced we're in danger of the sort of terrorist attacks that will make the bombing of the Trade Center (1993) look like kids playing with firecrackers," he wrote, and continued: "One day we're told that a shadowy figure with no fixed address named Osama bin-Laden is public enemy number one, and U.S. jetfighters lay waste to his camp in Afghanistan." 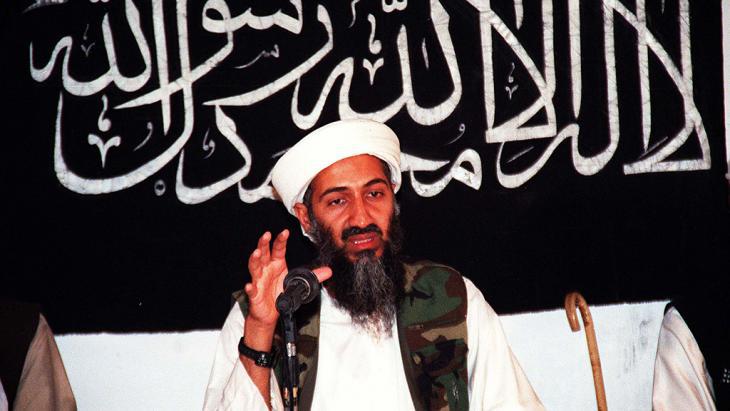 Did Trump predict 9/11? At the beginning of the new millennium, Trump wrote: "One day we're told that a shadowy figure with no fixed address named Osama bin-Laden is public enemy number one, and U.S. jetfighters lay waste to his camp in Afghanistan"

At the time, the American businessman saw Iran and Iraq as well on their way to possessing the atomic bomb, and deemed the leadership in Tehran as the more dangerous of the two enemies because of the advanced Iranian nuclear technology and the missiles that would soon be able to reach American soil.

In Trump's opinion, Iran has posed a particularly grave threat since 2011. This is because the US invasion of Iraq, which he had warned against, not only cost Washington vast sums of money but also significantly strengthened Iranian influence in the region. In accordance with his credo, which he still holds today, that the countries receiving military protection from the United States should be made to pay for the privilege, Trump at the time urged that America should "take" all of Iraq's oil.

The chapter devoted to foreign policy is titled "Strengthen American Muscle". He lists there as "rival and enemy nations" China, Russia, Iran, Pakistan and Libya – in that order.

Trump roundly attacked President Barack Obama, accusing him of displaying indecision towards the Iranian leadership. The top priority of American foreign policy regarding Tehran should be to put an end to Iran's nuclear ambitions, because the radical Iranian regime would either employ its nuclear weapons itself or supply them to terrorists, Trump wrote in 2011.

In Trump's latest book, Pakistan and Libya, which half a decade ago he characterised as unstable and ungrateful countries that should be forced to pay up for the military assistance provided by the USA, are no longer even mentioned. In the chapter "Foreign Policy: Fighting for Peace", Trump turns his attention mainly to the opponents "Islamic State", Iran and finally China.

In the introduction to the book, he complains that Russian President Vladimir Putin, for whom he says he has great personal respect, has outmanoeuvred Barack Obama and put together a coalition in Syria that will soon render Putin the "only effective leader in the world". In the chapter on foreign policy, the familiar charges are then reiterated:  billions of dollars have been wasted in the Middle East, and Israel, America's most important ally in the region, has been alienated.

New here, however, is the condemnation of the agreement with Iran as a "worthless and costly nuclear treaty". The result of this policy from Trump's perspective: "The idea of American Greatness, of our country as the leader of the free and unfree world, has vanished." Trump's formula for counteracting this loss of greatness is the self-imposed obligation to maintain, for deterrence purposes, the strongest military force in the world and to make the allies under American protection help pay for it – something Trump thus now expects from Germany as well. 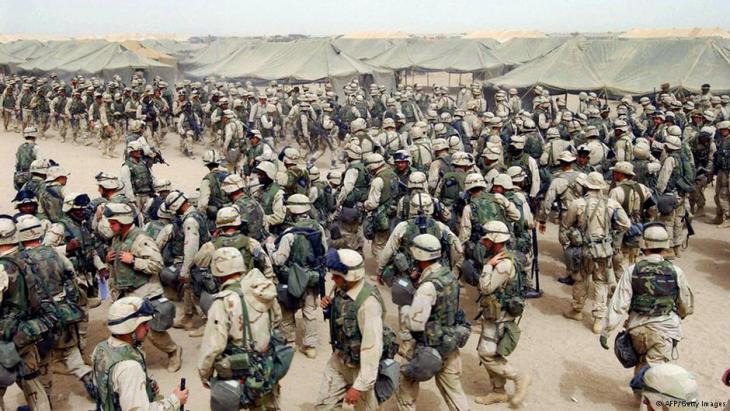 "In accordance with his credo, which he still holds today, that the countries receiving military protection from the United States should be made to pay for the privilege, Trump at the time urged that America should 'take' all of Iraq's oil," writes Joseph Croitoru

"Give the army leadership free hand"

From the point of view of the American President, such an arms build-up implies the constant willingness to use force. Unlike in the case of Iran, where his call for an end to the entire nuclear programme is not followed by any concrete recommendations for action, Trump deems it necessary to use force against IS, especially since the terrorist militia is now sitting on the oil in Iraq and Syria that the Americans should have "taken" long ago: "If military advisers recommend it, we should commit a limited – but sufficient – number of troops to fight on the ground."

What does Trump's future security adviser, Michael Flynn, have to say about all this? He too published a book last summer with the rather militant title "The Field of Fight: How We Can Win the Global War against Radical Islam and Its Allies". Here, the main opponents are cast as IS and Iran, which are sometimes conflated, for example in relation to the threat of nuclear weapons.

For Flynn, though, the military has the easier task in the "world war" against radical Islam: the army leaders must simply be given free hand, he said, speaking at the presentation of the book. The more difficult challenge is to not only identify Islamism as the enemy – one that not only threatens Americans physically but is now imposing Sharia on them in many parts of their country – but also to clearly profess this viewpoint politically.

This conviction that the fight against jihadist terrorism is also about protecting American values is shared by Secretary of Defence James Mattis. And Mattis also agrees with Trump and Flynn that Iran is the enemy that, as a "belligerent actor" in the region, poses the greatest threat to America's allies in the Middle East. According to Mattis, IS has close ties to Tehran: "Iran is not an enemy of ISIS," he noted.

Mattis already spoke out in 2014 in favour of the deployment against IS of a "properly used mix of US troops" on the ground. At the time, he condemned the categorical rejection by the Obama administration of using ground troops, and in the August 2015 issue of "Time" magazine disparaged the then President's military actions in the region as being "unguided by a sustained policy or sound strategy and replete with half-measures".

Under Trump, military policy in Washington is likely to change considerably. The only question is what the consequences will be.

Chinese President Xi Jinping's visit to Saudi Arabia in December 2022 may have rattled Washington, but it simply highlighted the Arabs’ desire to diversify their foreign relations ... END_OF_DOCUMENT_TOKEN_TO_BE_REPLACED

Iran has withdrawn its participation in the Frankfurt Book Fair, accusing the event of meddling in the country's domestic affairs. Organisers have denied the accusation. By ... END_OF_DOCUMENT_TOKEN_TO_BE_REPLACED

Analyst Iyad El-Baghdadi examines the ongoing tensions between the United States and the two Gulf states – Saudi Arabia and the UAE – and their geopolitical implications in ... END_OF_DOCUMENT_TOKEN_TO_BE_REPLACED

From the Euphrates to the Mekong, dams that ensure one country's water supply risk leaving others parched. But shared water resources can be a source of peace as well as conflict ... END_OF_DOCUMENT_TOKEN_TO_BE_REPLACED

For over fifty years, British photographer Peter Sanders travelled across the Middle East and further afield, seeking out the saints of Islam. His work uncovers a little-known ... END_OF_DOCUMENT_TOKEN_TO_BE_REPLACED
Author:
Joseph Croitoru
Date:
Mail:
Send via mail

END_OF_DOCUMENT_TOKEN_TO_BE_REPLACED
Social media
and networks
Subscribe to our
newsletter