Since ancient times, the dove has served as a symbol of peace. As war rages through Ukraine, the bird has once again become a reminder of the importance of friendship and unity. By Kim-Aileen Sterzel and Laila Abdalla 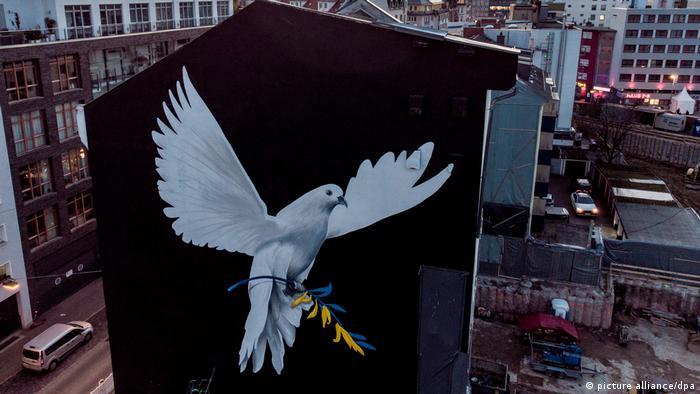 A dove of peace for Ukraine: German artist Justus Becker has painted a giant dove of peace on the outside wall of a building in Frankfurt. The dove is carrying an olive branch in the Ukrainian national colours of blue and yellow. With the mural, the Frankfurt resident wants to offer a sign of hope and solidarity with Ukraine. It took him three days to paint the dove on the wall 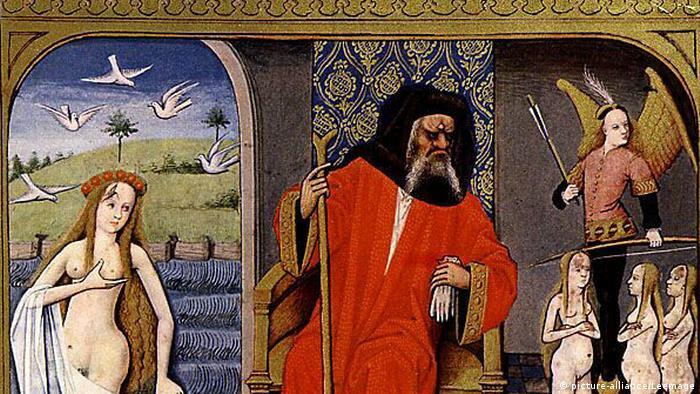 White, pure and good: since ancient times, special powers have been attributed to doves. They were symbols of innocence as people assumed the bird did not have a gall bladder and therefore was free from bitterness and evil. In classical antiquity, the dove personified femininity because of its softness. The white dove is the companion of the Greek goddess of love, Aphrodite 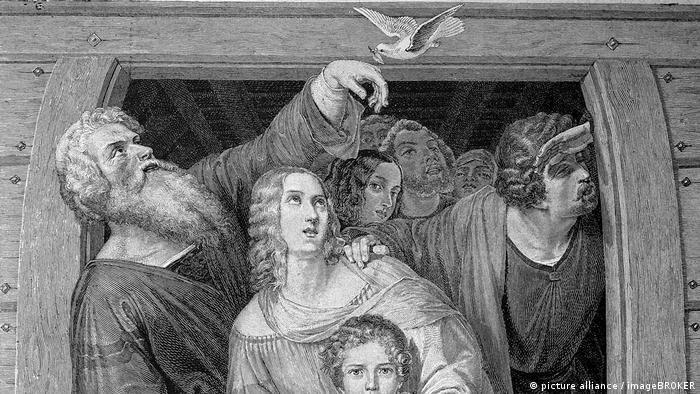 Biblical symbol of hope: after spending 40 days in his ark, Noah sent doves to look for land amid the floodwaters. Together with an olive branch, the dove not only signified the end of the floods but also the return to peace with God 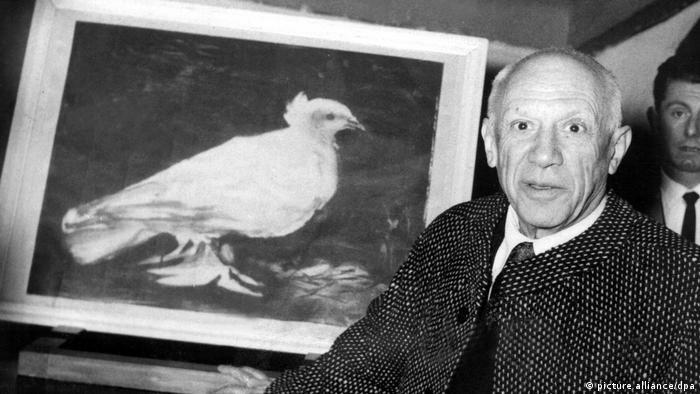 Icon of peace: Picasso's dove became a symbol of the peace movement in the 1950s and also made its way into world history. The famous painter used the motive several times in different paintings and also christened his daughter "Paloma", the Spanish word for this iconic bird 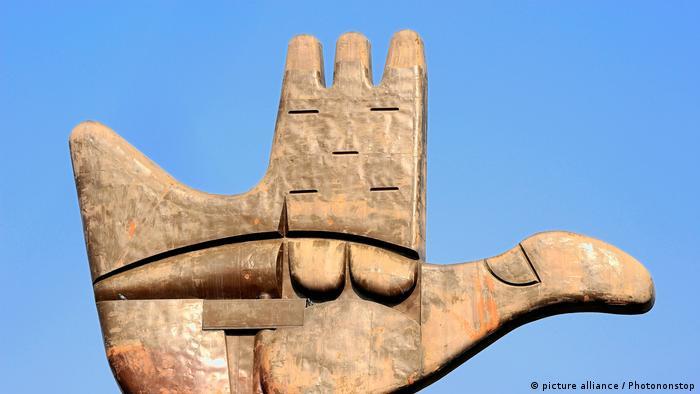 "The Open Hand": Picasso's representation of a dove inspired artists like Swiss-French architect Le Corbusier, who created this sculpture in the northern Indian city of Chandigarh. The sculpture shows the palm of a hand merging with the image of a dove, symbolising India's independence from British rule in 1947 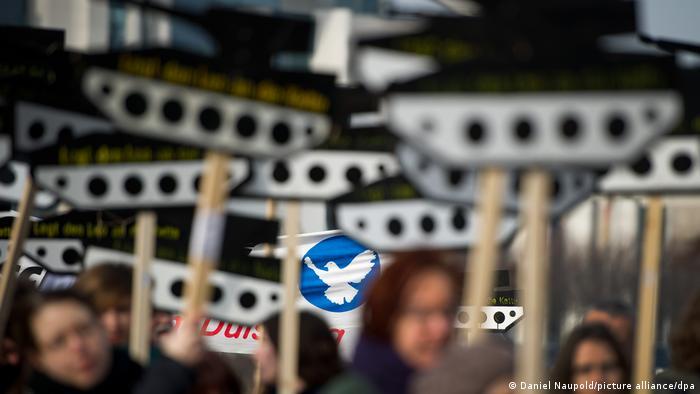 A symbol for the peace movement: the dove has been a symbol of the peace movement for over half-a-century now. Every peace demonstration features blue flags with white doves on them, signifying the hope for peace. This logo was created from a photograph of a dove by the Finnish graphic designer Mika Launis in the 1970s 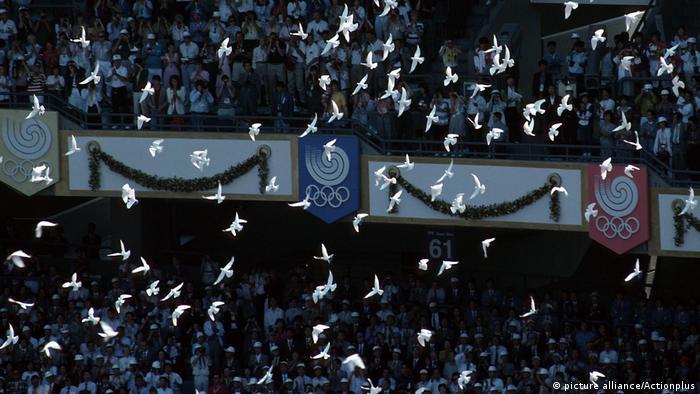 Free the birds: the practice of setting birds free has a metaphorical significance not only in politics, but also for private events and weddings. The white birds attract a lot of attention and also symbolise loyalty. In some sporting events, flying doves are sent as messengers of peace from one team to another 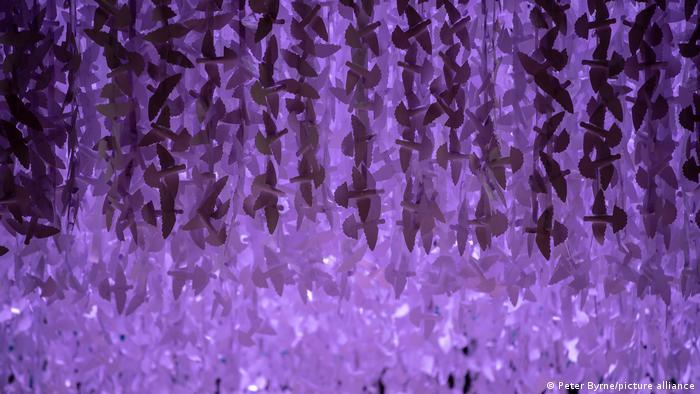 Paper doves: in the summer of 2021, more than 15,000 paper doves floated inside Liverpool cathedral in the UK. The art installation symbolising peace was designed by artist Peter Walker. Visitors were encouraged to expand the work by writing their own messages of peace 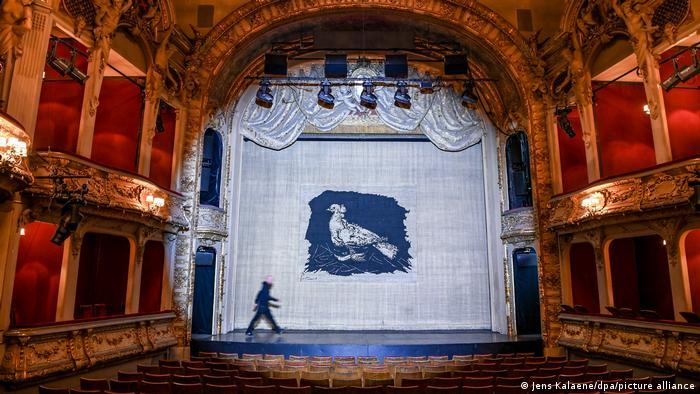 Reviving an old message: in reaction to the events in Ukraine, the Berliner Ensemble displayed this famous flag bearing Pablo Picasso's iconic illustration. The flag was first installed by Bertold Brecht as an emblem of freedom in the 1950s. The theatre is seeking to revive Brecht's appeal for peace and show solidarity with Ukraine 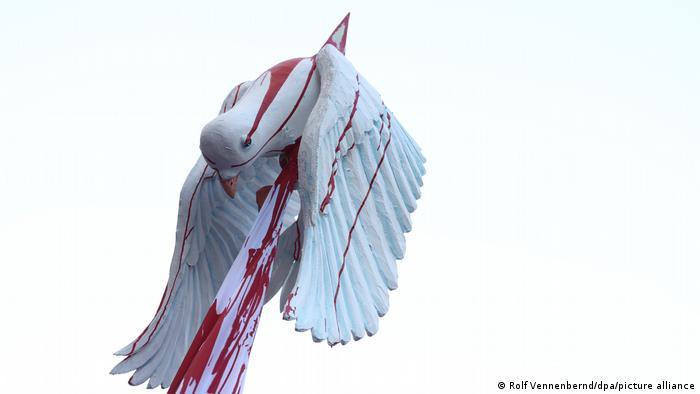 A brutal war: this year, the traditional Carnival parade in the German city of Cologne was transformed into a peace rally. 25,000 people participated in the march. One float featured a sculpture of a bleeding dove with a Russian flag pierced through it

END_OF_DOCUMENT_TOKEN_TO_BE_REPLACED
Social media
and networks
Subscribe to our
newsletter