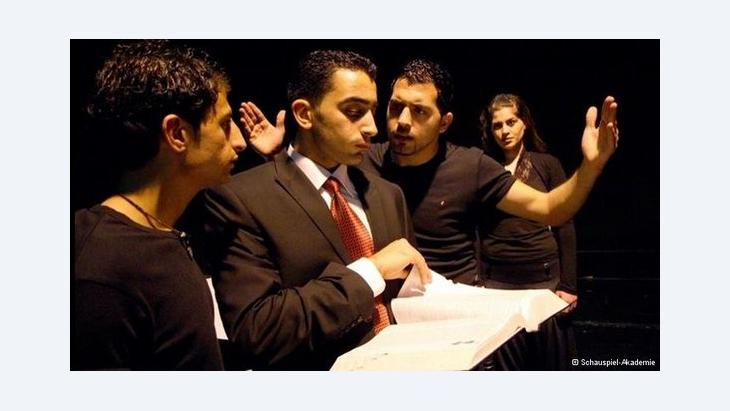 Drama School in the West Bank
Theatre of Hope

Students at the West Bank's first and only drama school talk about their struggle to establish a theatre in the West Bank and their desire to change society for the better through theatre. Ulrike Schleicher spoke to three of them

When Palestinian Malak Abu Gharbia was 12 years old, she met the famous Syrian actor and comedian Doraid Lahham after a theatre performance. "He asked whether I wanted to become an actress one day too," says Malak, who is now 20 years old. "I wasn't able to say a single word." Since the encounter, film and theatre have been part of her life. She soaked up everything that had anything to do with them, read plays and went to see performances whenever possible.

For the past half year, Malak has been able to live out her passion: she is studying acting at the theatre academy in Ramallah in the West Bank. Juliet in Shakespeare's Romeo and Juliet was one of her first roles.

Malak, who was born in Jerusalem, learns various acting techniques such as improvisation as well as singing, fencing and pantomime five days a week. She also trains her voice and rehearses. Although the academy is the first and only acting school in the West Bank, her training is no different to what she would receive in Europe.

The academy was founded in 2009 with the help of the Folkwang University of the Arts in Essen, Germany. The teachers there advise the staff at the Ramallah academy and are helping them to build what will in future be a state-approved college. Exchanges and guest performances are part of the cooperation.

So far, the lion's share of funding has come from Germany, but the Palestinian Authority in Ramallah would also like to contribute in the future. Speaking at the opening of the academy in 2009, Prime Minister Salam Fayyad said that the academy is helping to maintain the history, heritage and culture of Palestine. 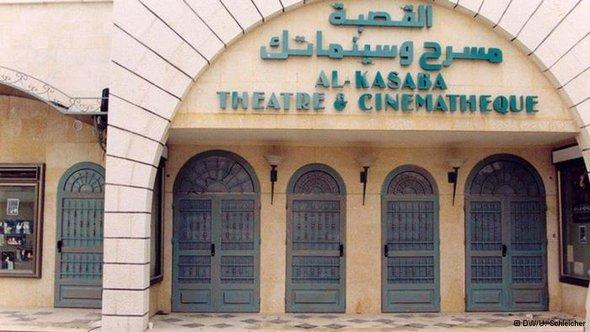 Breaking new ground: students at Al-Kasaba acting school in Ramallah know that they have not chosen an easy path in life: the theatre scene is small in the West Bank, theatre work is not very well paid and people seem to have forgotten how much their lives are connected to culture

Despite the euphoria, the initiators of the project know that they have a long road ahead of them. Aside from a lack of infrastructure, there simply isn't enough acceptance of theatre yet in the West Bank.

"In Arab countries, there's very little in the way of theatre culture," said George Ibrahim, head of the academy, actor and director of the Al-Kasaba theatre in Ramallah, adding that that is why there are very few contemporary plays. In light of the situation in the West Bank, there's the added difficulty that people once again need to learn how important culture can be for their society.

This is an experience shared by Malak: "I have met with nothing but intolerance," she says. In her home village of Al-Ama near the barrier, neighbours asked whether she didn't have anything better to do with her life than study something that couldn't guarantee her a job or a future.

Without the support of her family, Malak said she would not been able to pursue her dream, certainly not as she's a woman: "Women need the permission of the family," says Petra Barghouthi, who teaches movement at the academy.

But even with the permission of their families, there is no guarantee that students will finish their education. Fathers often take their daughters back out of the school. All too often, their studies there go against their religious sentiment. "For them, smoking, for instance, or contact with men are unacceptable," says Barghouthi. Malak, however, is not willing to accept such a traditional view of women's roles in society: "It's something we have to change."

﻿Ramzey Hasan also says he wants to use theatre to wake up society. The 29-year-old is in his third year at the academy and studied psychology before he went into acting. "People here have to realise how much their life is connected to culture," he said.

Many people in the West Bank are still dealing with the pain and aftermath of the last intifada, he says, adding that theatre could help them come to terms with it. He says that he realised how well he could express feelings and thoughts through acting and adds that by doing so, he "learned a lot about himself." 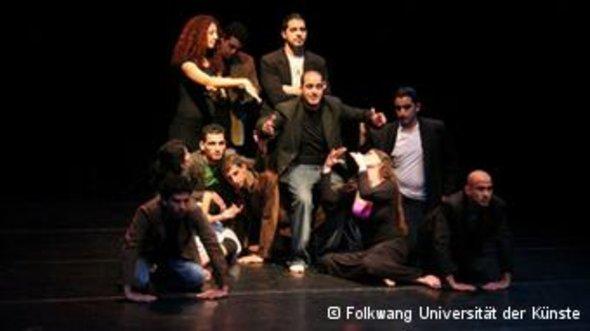 A wake-up call for society: each in their own way, the young actors want to change society for the better through theatre, whether it be challenging traditional attitudes to women, reinvigorating society, or forging new links between people and culture

Petra Barghouthi knows how much the Israeli–Palestinian conflict and the difficulties of everyday life in the West Bank impact on the way the 21 drama students develop their art. "In rehearsals, emotions that are buried deep inside often come to the surface," she says.

Assuming other roles enables the young students to leave behind their traumas and past experiences – often for the first time. Such experiences are rare in the West Bank.

Usually, the young actors come back to reality with a bang. Muayad Owda, one of the academy's first six graduates, knows this all too well. The 25-year-old works with a street theatre that's playing across the entire West Bank. Unfortunately, the wages are very low. "I have to have a job on the side," he says. But he knew that it wouldn't be easy to make a living as an actor: "The market here is simply too small." The young man from Kalkilya says that he would like to go abroad, "By the time there is something happening here, I'll be 80 years old."

For Malek though, leaving is not an option. As far as she is concerned, the school is the first step towards establishing theatre in Palestinian society, and theatre is connected to her hope to reinvigorate society. "Even if we don't get anything out of it, then the generation after us will," she says.

Home
Print
Newsletter
More on this topic
Cinematic Arts in Jordan: Empowering People to Tell Their Own StoriesThe "Gaza Monologues": What the War Does to PeopleTheatre in the West Bank: Fragments of FreedomIntercultural Theatre: "Radio Muezzin": Otherness as a Fetish
Related Topics
Democracy and civil society, Islamic art, Israeli-Palestinian conflict, Israeli-Palestinian dialogue, Theatre in the Arab world, Performing arts
All Topics

A Tunisian farmer attaches a machine to a cow's udder and sets the pump whirring, but he only expects to fetch less than half the normal amount of milk amid soaring fodder prices END_OF_DOCUMENT_TOKEN_TO_BE_REPLACED

Food prices doubled, salaries halved, banks restricting withdrawals: Egyptians now have the same problems as the Lebanese. But if things get worse here, the fallout will be far ... END_OF_DOCUMENT_TOKEN_TO_BE_REPLACED

Any reconciliation between Turkey and Syria’s Assad regime would have disastrous consequences for many Syrians, explains Syria expert Kristin Helberg END_OF_DOCUMENT_TOKEN_TO_BE_REPLACED

Iraq bears the scars of decades of conflict and has seen its antiquities plundered, yet the House of Manuscripts' collection has managed to survive END_OF_DOCUMENT_TOKEN_TO_BE_REPLACED

Chinese President Xi Jinping's visit to Saudi Arabia in December 2022 may have rattled Washington, but it simply highlighted the Arabs’ desire to diversify their foreign relations ... END_OF_DOCUMENT_TOKEN_TO_BE_REPLACED

There are signs of an imminent normalisation of relations between Turkey and Syria. This would allow Erdogan to score political points domestically before the upcoming elections ... END_OF_DOCUMENT_TOKEN_TO_BE_REPLACED
Author:
Ulrike Schleicher
Date:
Mail:
Send via mail

END_OF_DOCUMENT_TOKEN_TO_BE_REPLACED
Social media
and networks
Subscribe to our
newsletter