Conscientious objection among the Druze community is gathering support, particularly among the young men who are expected to serve in the Israeli army. One organisation that seeks to support those fighting the call to join up is ″Urfod″ or ″Refuse: your people will protect you”. Ylenia Gostoli examines the issues confronting the religious minority

″When you tell them you don′t want to serve, they take you to see an officer. They try to talk to you, tell you that you have potential to do well, to attain a high rank in the army. When they see that you are refusing on principle, not because you are afraid or because of economic problems, then they start making it more difficult,″ recalls Khaled Farrag, 34, an army objector originally from Rama, a mixed Arab Palestinian village in the upper Galilee, Israel. Farrag comes from the village′s Druze community. Secular Druze men are the only members of the indigenous Palestinian population in Israel for whom military service is compulsory.

″You are taken before a larger committee and then they sentence you to jail time. For me, it was two months,″ he said, adding that he served it in spells of 21 days, which is the maximum sentence. ″They released me for the weekend and sentenced me again when they saw I hadn′t changed my mind.″

″After I was released, I still had to appear before committees. The whole process took seven months in total,″ Farrag said. ″Back then, I was alone in this process, with no support other than from my immediate family,″ he added. 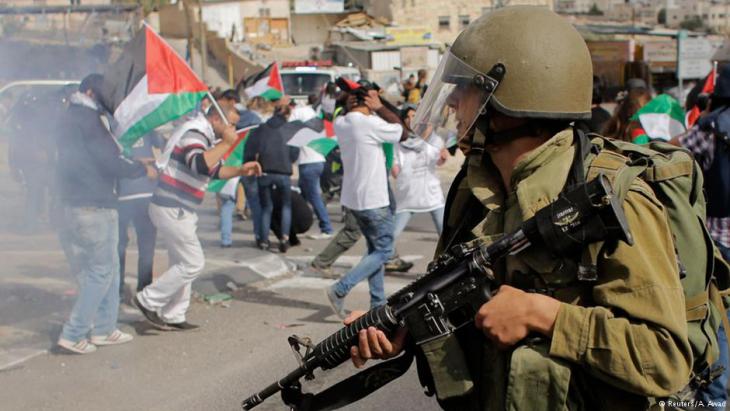 Power of persuasion: "they try to talk to you, tell you that you have potential to do well, to attain a high rank in the army. When they see that you are refusing on principle, not because you are afraid or because of economic problems, then they start making it more difficult," recalls Khaled Farrag, a conscientious objector from Rama, a mixed Arab-Palestinian village in Upper Galilee

Farrag later went on to found Urfod, or Refuse: Your People Will Protect You, a youth movement that aims to support young people from the Druze community who do not wish to serve in the Israeli army.

The movement took off two years ago, when ten young people, both men and women, established a support network for army refusers, providing psychologists, lawyers and a telephone helpline.

Although they are not the first Druze organisation against conscription – the Druze Initiative committee was created in 1972 and works to this day – members say they are the only movement that includes Christians and Muslims, and that doesn′t operate within the framework of a political party.

″What brought us together is the belief that we are all Palestinians, and one of the methods that Israel used to separate us was imposing compulsory military service on Druze men,″ Hadiya Kayoof, 24, the group′s counselling network co-ordinator, told Qantara.de.

In a report issued last October, the NGO Baladna, which works to empower Arab Palestinian youth living in Israel, similarly argues that Israel′s army recruitment strategies have been promoting intra-Palestinian sectarianism amongst the population that remained within Israel′s borders in 1948.

The Druze are a religious minority living across Lebanon, Syria, Jordan and Israel, where they number approximately 130,000. Following a deal between the Israeli government and religious leaders in 1956, military service has been compulsory for Druze male youth upon turning 18. Military service in Israel lasts 3 years for men and 2 years for women. 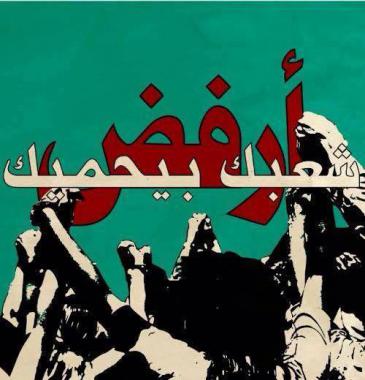 Founded two years, ago, Urfod provides a support network for those refusing to join up, with psychologists and lawyers on hand to give the necessary advice as well as a hotline for emergencies. The Druze organisation is "the only movement that includes Christians and Muslims, and that doesn′t operate within the framework of a political party," writes Gostoli

″I think we should see the [army] recruitment issue as part of Israel′s policy of ′divide and rule′,″ Nadim Nashif, director of Baladna, told Qantara.de.

In February 2014, the Knesset passed a bill, which for the first time recognised the Christian Arab population in Israel as a separate minority. Critics slammed it as an attempt to ″divide and rule.″

Baladna′s report points out the Israeli government′s more recent efforts towards motivating Palestinian Christian youth into volunteering in the Israeli army. Last summer, the IDF sent out letters to 800 school leavers from Christian families, inviting them to enlist.

Some Christian community leaders, notably father Gabriel Nadaf, an orthodox priest from Nazareth, have lent their support to the recruitment drive. They claim that military service is a way to achieve social mobility and get greater access to jobs. Despite the pressure, the number of Christians who volunteer in the army, Nashif said, is still not significant, usually 130 to 150 each year.

The State′s policies to foster a distinct identity for the Druze included the creation of a separate school curriculum in 1976.

During the 1948 war that led to the establishment of the state of Israel, some Druze fought alongside the Haganah, the Jewish paramilitary organisation, in what is known by Palestinians as the Nakba (catastrophe), helping drive 700,000 Palestinians from their homes. Although this was partly driven by existing tensions and marginalisation of the Druze community, some also chose to fight against Zionist forces.

″There is a special three-fold bond between the Jewish people and the Druze community - in blood, in life and among our peoples,″ Netanyahu said during a visit to a Druze community in northern Israel.

The Druze remain over-represented in the Israeli army compared to Israeli Jewish citizens, according to IDF. But a recent study has shown that patriotism and support for the State are in decline amongst the Druze population. Human rights organisation Adalah says they are also over-represented amongst Israel′s poor, and subject to discrimination on various levels – from land policies to the allocation of state resources to schools. 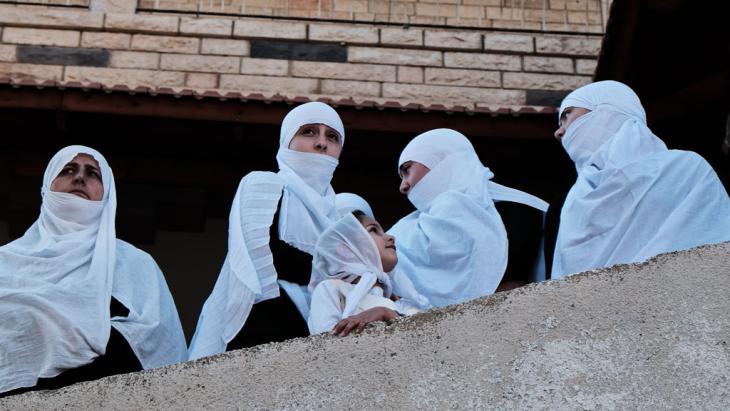 Low profile: "many of those who approach our movement come from the ′silent majority′ and they are subject to more pressure from their families,″ Farrag adds. For many in the Druze community "their biggest worry is keeping themselves 'neutral'"

″Many people from my village do not finish high school,″ Kayoof, who is from Isfiya and a trainee lawyer, said. ″The lack of job opportunities has made many Druze dependent on army careers in order to live,″ she added. That is why, Kayoof adds, some people do not object because of ideological, but economic reasons. ″We are here to make people understand that refusing is not illegal, and what the options are,″ she said.

Objectors still encounter resistance from their families. Farrag said his case was somewhat an exception.

″Most of the public objectors usually come from families that are left wing, nationalistic Palestinian, that wouldn′t support any Zionist movement or party,″ Farrag said. ″But many of those who approach our movement come from the ′silent majority′, and they are subject to more pressure from their families,″ he added.

Only seven of Urfod′s 65 objectors have gone public with their cases. ″Lots of people try to paint the Druze community as having one voice,″ said Farrag. ″That′s not true. But the majority of the community is silent. Their biggest worry is keeping themselves ′neutral′. ″

Home
Print
Newsletter
More on this topic
Facebook: Urfod or Refuse Your People Will Protect YouDruze in the Golan Heights: Squeezed between occupation and civil warGeneral election in Israel: Disillusionment and hope
Related Topics
Arab citizens of Israel, Christians in the Islamic world, Democracy and civil society, Druze, Human rights
All Topics

As someone accustomed to presenting his country to interested outsiders, Israeli teacher and tour guide Noam Yatsiv makes the case for a more nuanced appreciation of the ... END_OF_DOCUMENT_TOKEN_TO_BE_REPLACED

Jewish voices are much more diverse than the public often sees. Jewish men and women who oppose the injustice of Israeli occupation in the West Bank deserve our respect and ... END_OF_DOCUMENT_TOKEN_TO_BE_REPLACED

The Germans have a fragmented perception of the conflict between Israel and the Palestinians, and their discourse is dominated by certain catchphrases. All the while, there is a ... END_OF_DOCUMENT_TOKEN_TO_BE_REPLACED

An unusual organisation brings Jews and Muslims together to fight hate and promote dialogue. In the small central German city of Marburg they have been jointly calling for an end ... END_OF_DOCUMENT_TOKEN_TO_BE_REPLACED

Professor Timothy Brennan's "Places of Mind: A Life of Edward Said" is a detailed biography of one of the most important intellectuals of the twentieth century, taking us on a ... END_OF_DOCUMENT_TOKEN_TO_BE_REPLACED

Yair Lapid, like his late father, is a journalist-turned-politician renowned for his staunchly secular positions. But as the centrist politician edges towards the Israeli ... END_OF_DOCUMENT_TOKEN_TO_BE_REPLACED
Author:
Ylenia Gostoli
Date:
Mail:
Send via mail

END_OF_DOCUMENT_TOKEN_TO_BE_REPLACED
Social media
and networks
Subscribe to our
newsletter