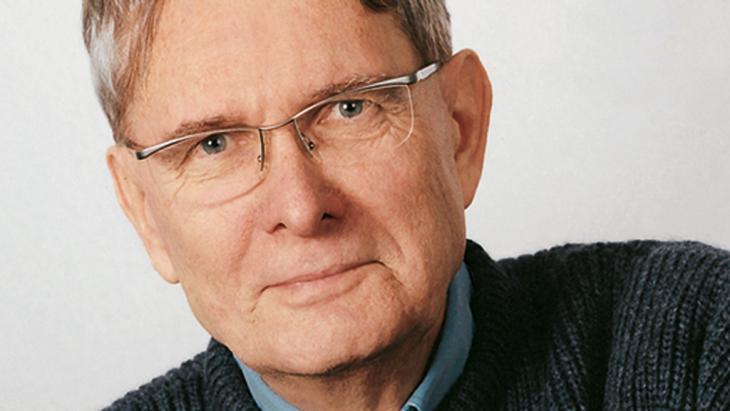 Dual Nationality in Germany
Double Standards in the Citizenship Debate

If a Turk receives and keeps German citizenship in addition to his own Turkish nationality, then he suffers an identity crisis. If a German were to additionally obtain Turkish citizenship however, this would be no problem at all. A commentary by Prof. Klaus J. Bade

The coalition ruction over dual nationality corresponds exactly to the predictions issued by scholars of constitutional law and migration and integration researchers when the citizenship law was adopted in 1999 with the help of the compromise proposal that went down in history under the catchword "option model". The compromise proposal originated from the Free Democrats FDP.

As we already predicted back in 1999, the option model will become a lasting matter of dispute and cause bothersome legal problems. It is a well-known fact that a know-all can only hope to regain popularity if he is prepared to accept that he has made a mistake. This is obviously not the case here.

The option model will, our prognosis continued, artificially keep open an integration that has been successful in most areas of societal life with the idea that acceptance of German as the only nationality is the only way to perfectly absolve the integration test.

This argument formed part of the fanciful and often very superficial attempts to legitimize the lazy party political compromise that helped to adjourn a clear decision at the expense of those affected, until it could perhaps at some point be put off no longer. This point has now apparently been reached.

Option model off the table

The debate now again includes the original model of the SPD-Green draft legislation, namely the conditional acceptance of dual nationality, without fuss or quibble, if only on request. 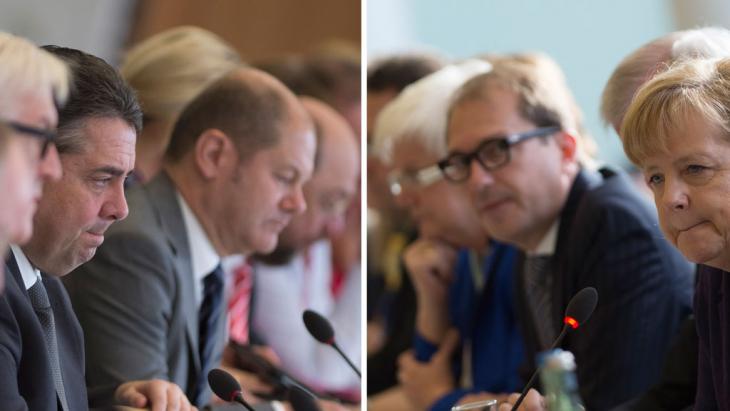 Dogged wrangling over the citizenship law: CDU and SPD agreed to strike the option obligation during coalition talks. While the SPD wanted to allow migrants living in Germany to hold two passports, this was flatly refused by the CDU. The lifting of the option obligation is a compromise: Migrants not born in Germany still have to surrender their old passport if they want German citizenship

Warnings applied against the idea – that it will lead to the formation of dual loyalties or trigger crises of identity – amount to wrong-headed political rhetoric: On the one hand, more than 50 percent of all naturalizations of EU citizens in Germany are accepted in the form of dual or even multi nationality, without the millions of people this concerns in the meantime showing any symptoms of mental illness or there being any evidence that identity is being undermined within the host nation.

Multiple nationality as a privilege solely for Germans

As if that weren't enough: In addition to this, the Federal Ministry of the Interior, whose head of department not only warned against a psychological threat posed by those with dual nationality from a migrant background, but also of the threat to German "identity" posed by Turkish citizens with dual nationality – but on his Internet information page expresses no such concerns when the same problem arises for German migrants living abroad, for example when a German national attains multiple citizenship through the additional acquisition of a foreign nationality.

By law, anyone taking on another nationality automatically loses their German citizenship, without any kind of official procedure. This can however be sidestepped by obtaining a "Beibehaltungsgenehmigung" or retention permit from the German authorities.

And it goes on: Anyone who has taken on multiple nationalities as a German, as this text states quite as a matter of course, he "usually passes this multiple citizenship on to his children. In these cases German law permanently accepts multiple nationality, or in other words there is no option obligation to decide on one nationality when the age of majority is reached." 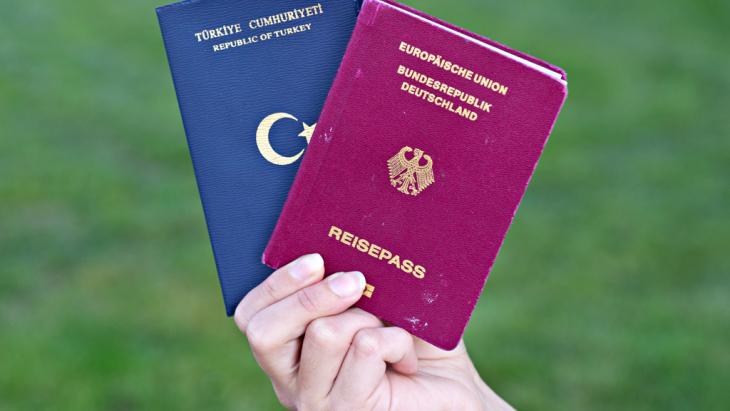 The first young adults were affected by the option obligation this year, a total of 3,400 according to the interior ministry. The government says at least 176 lost their German citizenship as a result of this regulation

And for good measure, the very same text ends with a shrug of the shoulders and a comment on how many German multiple nationality holders there are – this is not known, "because in Germany they are treated solely as Germans and they are not able to invoke their other nationalities in dealings with the authorities."

And into the bargain, at the end of this passage comes the surprising and illuminating observation on German holders of multiple nationalities: "particular problems have not arisen as a result of multiple citizenship."

In summary: If a Turk receives and keeps German citizenship in addition to his own, he suffers an identity crisis and endangers the common good. If a German additionally acquires Turkish citizenship with official authorization, this would be no problem. Amen.

And the interior ministry's suggestion that a study by the Federal Office for Migration and Refugees based on an opinion poll has proved that the option model was a success, because 98 percent of those young people polled decided to take German citizenship and give up their Turkish passports, is, yet again, a manipulative presentation of research results.

As counsellor at the research institute of the Federal Office for Migration and Refugees at the time, I warned against conducting this poll so early. I feared that the results could be politically misused. And this is exactly what has happened: The study was methodically in order, its result correct. But the numbers cannot be generalized, otherwise they are being manipulated.

The young people polled in this case, who had to choose one nationality by 2013 at the latest, fell under a special provision of the new citizenship law in the year 2000. Then, they could still receive the German passport upon application by their parents until they reached the age of 10, also if they had been born in Germany up to 10 years before the introduction of the legislation.  In these families there existed in any case a keen interest in attaining German citizenship, which essentially took the pain out of the decision. The real problem cases for making this weighty decision between the age of 18 and 23 therefore still lie in the future.

And this future has already begun: A question from leftwing groups in the Bundestag quoted in the publication MiGAZIN on 18 November 2013 yielded the response that of those born in 1990 facing the option obligation by the deadline 7 November 2013, at least 176 "dual nationals" lost German citizenship; calculated statistically over the entire year that is every second day one less German national now remaining in the country as a foreigner – quite possibly with an identity disorder resulting from this ejection.

Congratulations Herr Friedrich. Germany, you have my deepest sympathy.

The migration researcher, journalist and political adviser Klaus J. Bade taught modern and contemporary history at the University of Osnabrück until 2007, before relocating to Berlin. He was Fellow/Guest Professor at the Universities of Oxford and Harvard, at the Dutch Academy of the Sciences and at the Wissenschaftskolleg zu Berlin. Bade was among other things founder of the Osnabrück Institute for Migration Research and Intercultural Studies (IMIS), the nationwide Council for Migration (RfM) and from 2008 – 2012 founding chairman of the Advisory Council to German Foundations for Integration and Migration (SVR) in Berlin.

Home
Print
Newsletter
More on this topic
Dual Citizenship in Germany: Why the Obligation to Choose is Damaging IntegrationGermany's Disputed Dual Citizenship Law: ''Everyone Must Be Able to Participate''Interview with Doug Saunders: ''Muslim Infiltration Is a Myth''
Related Topics
Diversity, Football and integration, Integration in Germany, Migration in Germany, Multiculturalism, Policy on refugees and migration, Right-wing populism, Rule of law
All Topics

Algeria‘s regime is again cracking down on anti-fracking activists and the unemployed in the country‘s south. Yet EU countries remain keen to scale up their energy cooperation ... END_OF_DOCUMENT_TOKEN_TO_BE_REPLACED

Bachtyar Ali sends the hero of his latest novel – "Mein Onkel den der Wind mitnahm" – literally flying. Jamshid is so thin after his years as a political prisoner that a gust of ... END_OF_DOCUMENT_TOKEN_TO_BE_REPLACED

For a century, the Kurds and other minorities in Turkey have been subject to state repression. With his dissertation "The Kurdish Question in Turkey", political analyst Ismail ... END_OF_DOCUMENT_TOKEN_TO_BE_REPLACED

Anti-Semitic motifs have no place at Germany’s documenta art show or anywhere else in the world, stresses Meron Mendel, director of the Anne Frank Educational Centre in Frankfurt ... END_OF_DOCUMENT_TOKEN_TO_BE_REPLACED

A new exhibition, "Syria – Against Forgetting", at Cologne’s Rautenstrauch-Joest-Museum focuses on Syria's artistic and cultural heritage and pays tribute to the country before ... END_OF_DOCUMENT_TOKEN_TO_BE_REPLACED

Madrid's about-face on the Western Sahara conflict has enraged Algeria. Trade relations have been frozen unilaterally and a cut in gas supplies to Europe could be in the pipeline ... END_OF_DOCUMENT_TOKEN_TO_BE_REPLACED
Author:
Klaus J. Bade
Date:
Mail:
Send via mail

END_OF_DOCUMENT_TOKEN_TO_BE_REPLACED
Social media
and networks
Subscribe to our
newsletter