The global financial crisis is now casting its shadow over the large-scale cultural projects planned in the Emirate of Dubai. And yet the standstill also offers cultural producers a chance to finally shift the focus to their own culture. By Laura Weissmüller

More so than in Abu Dhabi or Doha, cultural projects in Dubai have been geared toward commercial success. During the 2008 real estate boom, new buildings were planned to the tune of some 100 billion euros. But now the state coffers are empty

All of these projects were to have been erected in Dubai at breakneck speed by 2015. Now the desert state is broke, and on the "Khor Dubai", a 27-kilometre-wide bay where the cultural institutions were to have stood, the cranes are standing still.

All projects have been halted, according to Michael Schindhelm, cultural director of the Dubai Culture and Arts Authority until summer 2009. The mirage of Dubai as a world capital of culture has dissolved into thin air.

The gold rush is over: the mirage of Dubai as a world capital of culture has dissolved into thin air

​​And yet, construction was frozen here even before the Gulf state's increasingly evident bankruptcy. Already last autumn, when the Atlantis luxury hotel opened on the artificial palm-tree-shaped island with a spectacular fireworks display that cost 20 million dollars, many cultural projects had long since been put on ice, while others were regarded as cancelled.

More so than in Abu Dhabi or Doha, it was hoped that culture in Dubai would bring commercial success. During the gigantic real estate boom – construction projects valued at 100 billion euros were underway in 2008 – the cultural edifices were like big, colourful billboards advertising the expanding desert city.

A state that levies no taxes on its citizens, and whose oil reserves will be exhausted in a few years, was not prepared to indulge in the kind of cultural sponsoring espoused in Europe; instead, every museum, every theatre was supposed to finance itself.

This proved to be a pipe dream, impossible to realise even when cultural offerings are wrapped up in shiny packages by top international architects. This explains why the museum and theatre projects were the first to be jettisoned.

Instead of reproaching the Gulf state with its commercial attitude toward culture, however, we should perhaps wonder instead what to make of the colonial posturing of the Western architects and cultural producers. They have invaded the country in past years as if they alone were responsible for making culture in Dubai flourish.

The crisis as opportunity for indigenous culture

There must have been a real gold-rush mood: the architects reaching for the stars with magnificent museum buildings that had no art to exhibit while Europe's major museums jockeyed for permission to plant offshoots in Dubai, even though it was unclear how their collections back at home would fill the gaps left by permanent loans abroad. 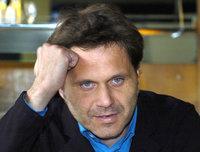 ​​"Everyone was crying out for the great insignia of Western culture, which the local population actually had no need for," remarks Schindhelm, who tried without success to set up an opera house in Dubai.

It's not as if the local inhabitants displayed no interest in culture at all. On the contrary, consciousness has been growing during the past three or four years, particularly amongst the younger generation, of all that culture can be. This is demonstrated by the 40 to 50 galleries that today exhibit art from the Arab world – uncensored and in a huge variety of forms.

The major cultural projects that were planned were destined to follow exclusively the Western model. "Dubai offers a particularly honest dramatisation of what globalisation means: perversion of one's own culture," says Schindhelm.

Not least for that reason, the financial crisis, despite all its negative implications, also presents Dubai with an opportunity: to finally bring its own indigenous culture to the fore and to grant it the same standing with which it so thoughtlessly endowed the Western cultural colonialists. It probably won't even take flashy packaging by a star architect to accomplish this goal.

The Rise of Dubai
A Laboratory City in the Desert
Is Dubai's groundbreaking urban construction project the way of the future - or will it stumble over its own contradictions? Rüdiger Heimlich travelled through the emirate, gathering voices from Western and Arab intellectuals

END_OF_DOCUMENT_TOKEN_TO_BE_REPLACED
Social media
and networks
Subscribe to our
newsletter