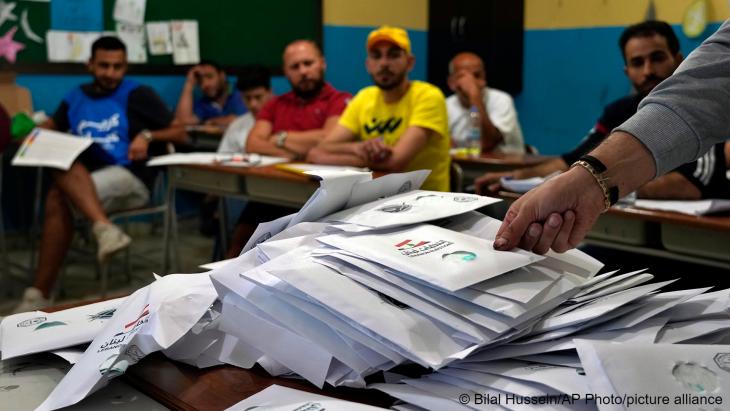 Lebanon's militant Hezbollah group and its allies appear to have suffered some losses in this weekend's parliamentary elections, with their opponents gaining more seats and some of their traditional partners not making it into the legislature, early results showed on Monday.

Despite the apparent setback, Hezbollah and its main Shia ally, the Amal group of Parliament Speaker Nabih Berri, are likely to retain the 27 seats allocated to the sect. The unofficial results show that independents, including those from the 2019 protest movement, made some gains by removing long-time politicians from parliament.

The closely watched elections on Sunday were the first since a devastating economic crisis erupted in Lebanon in October 2019, triggering nationwide protests against the ruling class blamed for decades of corruption and mismanagement.

It was also the first election since the August 2020 Beirut port explosion that killed more than 200 people, injured thousands and destroyed parts of the Lebanese capital. The blast, widely blamed on negligence, was set off by hundreds of tons of poorly stored ammonium nitrate that ignited in a port warehouse.

The Saudi-backed Christian Lebanese Forces party, which has been among the most vocal critics of the Iran-armed Hezbollah, says it won at least 20 seats, adding five members from the 2018 vote.

This would make it the largest Christian bloc in parliament, replacing the Free Patriotic Movement that was founded by President Michel Aoun and has been a Hezbollah ally since 2006.

Independents also appear to be making some significant gains, but they remain far from making changes as the main winners of the vote are likely to be mainstream political group.

A strong Hezbollah ally in south Lebanon reportedly lost his seat to an independent, while another independent, Mark Daou, says "we are heading to a big victory". Daou is running in the Mount Lebanon region of Aley against long-time Druze politician Talal Arslan.

Official results are expected to be announced later on Monday. Lebanon holds elections every four years and the new parliament will elect a new president after Aoun's term ends in October.  (AP)

END_OF_DOCUMENT_TOKEN_TO_BE_REPLACED
Social media
and networks
Subscribe to our
newsletter