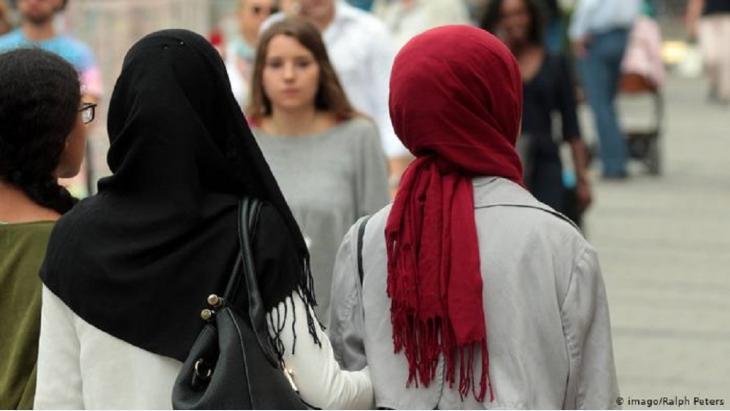 The European Court of Justice has given its backing to companies that don't allow female Muslim staff members to wear headscarves – as long as they don't permit the wearing of even small crosses and other religious symbols either. This is a problem for Germany in particular. By Wolfgang Janisch

The headscarf debate has been raging in Germany for two decades now without even a hint of a resolution in sight. In the case of Muslim teachers, Germany's Federal Constitutional Court first avoided giving a clear-cut judgement in 2003 only to decide twelve years later that blanket bans on religious dress were not permissible under the premise of freedom of religion.

Nevertheless, heated arguments are still being waged, for example in the state of Berlin, on how liberal or restrictive such a neutrality policy may be. This comes as no surprise given the Federal Constitutional Court's history of vacillation on the issue. According to its pronouncements to date, female teachers are allowed to wear headscarves but junior lawyers are not.

Back in 2017,  the European Court of Justice (ECJ) set a business-friendly course on the matter of headscarves and all other religious symbols in the workplace, which it has now confirmed, albeit with a few caveats. The burden of proving a "genuine need" for such a ban for business reasons lies with the employer. That is no small hurdle. In addition, the ruling is framed in such a way as to prevent companies banning only "large and conspicuous religious symbols" – because in the end, the only large and conspicuous religious symbol is always the headscarf.

According to the ruling, those who want to keep their business free of religion must also object to the wearing of small Christian crosses. That should certainly put the brakes on any prohibitionist zeal.

In principle, however, the considerations of the ECJ say a great deal about how priorities are set in society. To serve its economic interests, a company may enforce a neutral corporate "worldview" that it projects to the outside world. A female member of staff who wishes to convey her personal religious views by wearing a piece of cloth or a cross is not allowed to do so if the company forbids it. Commerce trumps God. And Allah.

The ECJ does, however, give the national courts a certain amount of leeway – in the name of strengthening the freedom of religion. They should take advantage of it. Although bans on religious symbols may be couched in terms of neutrality, they always mean the headscarf. And those who ban the headscarf from public spaces are discriminating against Muslim women.

This is because at least one thing has been clear for some time now: the headscarf may indeed sometimes stand for the oppression of women within their families – but it can also stand for just the opposite. It can in fact be an expression of religious self-confidence, in particular for young women who are seeking their place somewhere between their traditions of their roots and a modern, individualistic society. For such women, prohibitions are a sign of paternalistic control. Rather than encouraging integration, they create exclusion.

This is problematic for a country like Germany, and not only because discrimination cannot be tolerated in a free society. The Federal Republic and its Basic Law have traditionally relied on the presence of religion in society to a much greater extent than is the case in more secular countries like France. Those wishing to deny Islam this visibility should always bear in mind that such rules will also affect Christian religions. Because before the Basic Law all religions are equal.

Home
Print
Newsletter
More on this topic
The image of Muslim women: "We refuse to be hijab-wearing princesses"Headscarves and neutrality: "It′s our decision!"Burka bans in Europe: Why the burka is so important for right-wing populistsAn enduring stereotype: The West's gleeful obsession with the "oppressed Arab woman"Qantara dossier: The headscarf controversy
Related Topics
Economy, Feminism in Islam, Integration in Germany, Muslim women, Muslims in the West, Rule of law, The Headscarf Controversy, Women in the Islamic world
All Topics

Since Ali Khamenei, Iran's most powerful man, has openly and unconditionally come out in support of Putin's war in Ukraine, logistical help is on its way, with an allegedly ... END_OF_DOCUMENT_TOKEN_TO_BE_REPLACED

Tourists have been returning to Tunisia, Egypt and Morocco. But, given the global uncertainty caused by the Ukraine war, will the comeback be enough to save a struggling sector, ... END_OF_DOCUMENT_TOKEN_TO_BE_REPLACED

The highly controversial Indian blockbuster "The Kashmir Files“, on the exodus of Kashmiri Hindus in the 1990s, is characterised by unilateral representations, negative ... END_OF_DOCUMENT_TOKEN_TO_BE_REPLACED

"Flugt" is the world's first museum dedicated to the stories of those forced to flee. The new museum, which focuses on the fates of refugees then and now, is housed in a former ... END_OF_DOCUMENT_TOKEN_TO_BE_REPLACED
Author:
Wolfgang Janisch
Date:
Mail:
Send via mail

END_OF_DOCUMENT_TOKEN_TO_BE_REPLACED
Social media
and networks
Subscribe to our
newsletter