As the stand-off between Iran's government and opposition continues, one factor that may determine the outcome, but which is rarely discussed, is the rickety state of the Iranian economy. Will its sclerotic performance ultimately turn out to be what tips the balance? Kenan Mortan looks into the matter 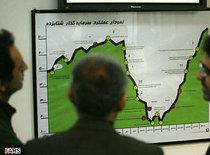 Economic downswing in the Islamic Republic: According to Kenan Mortan, the real source of Iran's dysfunctional economy is the country's peculiar political and economic power-sharing

​​Iran's economy has struggled ever since the Islamic Revolution, partly because of the economic embargo imposed by the United States three decades ago. Today, with Iran starved of technology and spare parts for existing equipment, OPEC's second-largest oil producer in 2006 has become a net importer of refined petroleum products. Indeed, conditions in Iran's oil industry had so deteriorated in 2007 that gasoline rationing was introduced, opening the way to a thriving black market.

Such shortages, no surprise, have stoked inflation. In November 2009, the Iranian Central Bank (Bank Markazi) reported a 22% annual rise in the price level. To spur investment, new measures have been undertaken to allow foreign banks to enter the Iranian financial system. Many have applied, but no license has yet been granted.

A clear sign of the rot in Iran's economy can be found in economic relations between Iran and Turkey. Trade links between the two countries are old and deep-rooted, and they were supposed to benefit after Iranian President Mahmoud Ahmadinejad's visit to Turkey in 2008, when it was decided that bilateral trade should double, to $20 billion, by 2011, and reach $30 billion in 2012. Turkey's government even allowed Turkish exporters to bill in Iranian rials. 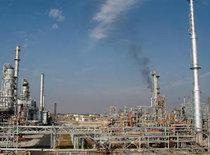 Economic confession of failure: Today, with Iran starved of technology and spare parts for existing equipment, OPEC's second-largest oil producer in 2006 has become a net importer of refined petroleum products

​​But, while political leaders drew up such rosy plans, eight of Turkey's largest investors in Iran were withdrawing from the country. According to one of the firms, "investment conditions are unclear in Iran," and it left without even seeking compensation for its 60% share in a company it had created.

Other Turkish investors express similar complaints. Cesur Ambalaj pulled out because of "unkept promises." TAV Holding, which won the tender for the construction of the new Khomeini airport in Tehran, was never even given the chance to start the job. Another company, Gubretas, which had bought Razi, one of Iran's biggest petrochemical companies, for $650 million dollars in 2008, has not yet been able to start production, owing to administrative restrictions.

Moreover, the proposed truck route between the Turkish Black Sea port of Trabzon and the Iranian port of Bandar Abbas has not yet materialized because of Iran's hesitation.

The list of such mishaps and missed opportunities is long. According to the vice-president of the Iranian-Turkish Business Council, "it is extremely complicated to do business in Iran." A former Turkish diplomat in Iran described the business climate in stark terms: "it is as if Iranians prefer a lose/lose outcome to a win/win one in their dealings with foreign partners."

What lessons can be drawn from the failure of Turkish businesses in Iran? Some blame appalling infrastructure and high road taxes. Others suggest that Iran's almost non-existent banking system is the culprit. Still others blame the "invisible hand of America," which is supposed to fear that Iran and Turkey could become too powerful. 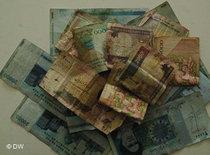 Stoked inflation: In November 2009, the Iranian Central Bank reported a 22% annual rise in the price level

​​But the real source of Iran's dysfunctional economy is the country's peculiar political and economic power-sharing. According to the International Monetary Fund, the Iranian economy is almost totally controlled by political actors. Twenty thousand public companies consume 65% of the national budget and handle 80% of exports, as well as 50% of internal trade. The market share of state-owned banks is 85%.

These public companies make up what is called the bonyad economy. A bonyad is a foundation very tightly connected to and actually run by the religious authorities. Through the bonyads, the mullahs have their say in most production and trade deals.

Parallel to the bonyads, another economic network has emerged around the basij, the paramilitary force linked to the pasdaran (Revolutionary Guards), who are in turn closely connected to Ahmadinejad. Since he became president, Ahmadinejad has encouraged this basij economy, and today the pasdaran are granted trading licenses and exclusive control and use of some ports. 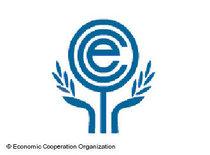 Gross political negligence: Iran has not yet ratified international economic agreements such as the Economic Cooperation Organization Trade Agreement (ECOTA), which would strengthen its economic ties with its neighbours

​​These two networks are very often in competition, if not in conflict, with each other, reflecting the current Iranian political turmoil. Adding to the confusion, another group, the sarrafs (primarily private money lenders) are the key interface between foreign investors and an Iranian counterpart, whether basij or bonyad. They have trading licenses (karti bazargani) while foreigners do not, and thus they are also party to all trade deals. Under such circumstances, it is no wonder that doing business in Iran is a labyrinthine nightmare.

These internal conflicts have worsened with the country's domestic political crisis and the global economic crisis. Irrationality seems to have taken over. For example, Iran's mullahs shut down the air route between Tehran and Antalya because it gave Iranians access to "sinful" leisure in Turkey, but it was replaced by a Tehran-Sparta route, which flies Iranians 140 kilometers away just making the trip slightly longer!

Riven by such blinkered thinking, Iran seems incapable of making headway on even the most sensible policy. For example, Iran has not yet ratified international economic agreements such as the Economic Cooperation Organization Trade Agreement (ECOTA), which would strengthen its economic ties with its neighbors, all of which are Muslim countries.

The most dangerous time for a country, it is said, comes when it starts to reform. Iran's economy has yet to reach such a moment. But it will clearly be more dangerous for the regime if it does nothing than if it starts to open up what is now a closed and rotting system.

Kenan Mortan is Professor of Applied Economics at Istanbul Mimar Sinan University. His latest book is on Istanbul's Grand Bazaar.

Iran's Hardliners against Opening up the Economy
Unwelcome European Offer in the Nuclear Conflict
EU negotiators hope that economic incentives will convince Iran to suspend its uranium enrichment program. However, economic cooperation with the West is not nearly as welcome as the Europeans believe. By Michael Heim

Interview with Vanessa Steinmayer
"Islamic Financial System Is Not a Serious Alternative"
The current financial crash has wide-reaching consequences for the world's economy, many of which are yet to come. Élena-S. Eilmes spoke to the financial expert Vanessa Steinmayer on how the Islamic countries are affected, and whether an Islamic financial system would be less prone to crises

Interview with Iran Expert Vali Nasr
The Power Lies in the Middle
Political scientist Vali Nasr is an advisor to US President Barack Obama and is viewed as one of the country's leading specialists on Iran. In his view, recent reform movements in the Islamic world are partially driven by a new middle class. Ramon Schack spoke to him

END_OF_DOCUMENT_TOKEN_TO_BE_REPLACED
Social media
and networks
Subscribe to our
newsletter