Looking for a Different Kind of God

In his book, "The Islamist", Ed Husain describes how he became an Islamic fundamentalist at the age of 16, and why he later quit the radical movement. Susannah Tarbush welcomes the debate Husain's book has caused 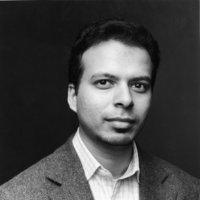 Ed Husain has left militant Islam. His book has received some strong criticism, not just from Islamist circles

​​In the two years since four suicide bombings on the London transport system killed 52 innocent people and injured 700 others, many reports, essays and books on British Muslims have appeared. But none has created anything like the furore that has surrounded publication of "The Islamist" by Ed Husain, a former member and college leader of the Islamist party Hizb ut-Tahrir.

The party, which calls for a restoration of the caliphate, is banned across the Middle East and in some other countries including Germany and Denmark. In 2005 the then British Prime Minister Tony Blair planned to ban it, but was dissuaded from this.

The cover of "The Islamist", published by Penguin, makes the author's intent clear: "Why I joined radical Islam in Britain, what I saw inside and why I left." Husain (his first name, Ed, is short for Mohamed) is the first British former Islamist to expose in a book the workings of Islamist groups from the inside.

Fresh urgency has been injected into the issue of Islamism in Britain by the terror attack on Glasgow airport on June 29 and the two attempted car bombings in London. The terror alert level has been raised to critical, its highest level. A series of terror trials and convictions over the past year, and the uncovering of number of alleged plots, have underlined the seriousness of the threat.

Some Muslims, like Husain, see a strong link between Islamist ideologies and terrorism, while acknowledging that grievances such as foreign policy aggravate matters; others see British foreign policy as almost wholly to blame for attacks.

Among non-Muslims, Husain's book has been lavishly praised by those writers and journalists who have warned of the dangers of Islamism. One such is the broadcaster and journalist Melanie Phillips, author of the 2006 book "Londonistan: How Britain is Creating a Terror State Within".

In the British Muslim community of up to 2 million people, there has been a mixed but often hostile reaction to the book. Husain has been accused of reinforcing negative stereotypes of Muslims, of playing into the hands of Islamophobes, of trying to drive a wedge between the British left and Muslim groups, and of working for the British government. Husain says he has received threats of violence and even death. 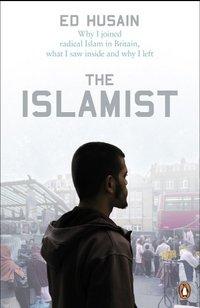 Cover of Ed Husain's "The Islamist"

​​It is also alleged that the book is outdated as it deals with Islamism in Britain in the first half of the 1990s and fails to acknowledge the changes in Hizb ut-Tahrir since then. Husain thinks there are now at least two strands within Hizb ut-Tahrir, one moderate and the other more radical. He is not convinced the party has disavowed its commitment to an all-powerful Islamist state dedicated to military confrontation with the West and Israel.

Husain is a writer of intelligence and sensitivity who chronicles his personal odyssey in an engaging style. Born in 1975 into the Bangladeshi community in the Tower Hamlets area of East London, as a teenager he moved away from the gentle spiritual Islam of his parents. His involvement in Islamist political activism put him on a collision course with his parents and led to his running away from home for a time.

Husain is worried by the influence of certain writers on young Muslims. In his state secondary school the religious studies department gave him Gulam Sarwar's "Islam: Beliefs and Teachings" to read. This was his first introduction to political Islam and to organisations such as the Muslim Brotherhood and Jamat-e-Islam.

At various stages on his path through Islamism he was enamoured by the writings of three long-dead ideologues: Pakistani Abul Ala Mawdudi, Egyptian Sayyid Qutb – whose book "Milestones" calls for a jihad to re-create the Muslim world on strictly Qur'anic grounds – and Haifa-born Taquiddin al-Nabhani, founder of Hizb ut-Tahrir. While at college, where Husain headed the Islamic Society, "Britishness and British values of democracy, tolerance, respect, compromise and pluralism had no meaning for us," he says.

"A God who was full of vengeance"

Husain's departure from Hizb ut-Tahrir came after a Muslim stabbed and killed a black Christian student. Husain considered that Hizb ut-Tahrir had created the climate where such a crime could happen. He also fell in love with a Muslim fellow-student Faye, who would become his wife. Her God was "close, loving, caring, facilitating, forgiving and merciful ... I, by contrast, believed in a God who was full of vengeance, a legislator, a controller, a punisher."

At the same time the charismatic Syrian preacher Omar Bakri Mohammed, to whom Husain had been close, was expelled from Hizb ut-Tahrir and founded Al-Muhajiroun. Omar Bakri was a considerable force in radicalising young British Muslims, and was barred from Britain in 2005. From Lebanon he continues to preach to his British acolytes via internet sites.

Crucial to Husain's disengagement from the Hizb ut-Tahrir mindset was working with his wife as an English teacher for the British Council, first in Syria (where he experienced spiritual Islam) and Saudi Arabia (where he was dismayed by Wahhabism). In 1997 he defied the Hizb's opposition to participation in the parliamentary system by voting and by joining the Labour Party.

Despite the widely differing opinions raging over Husain's book, it can only be a good thing that it has been published and has provoked such a debate. It has forced Hizb ut-Tahrir to explain what it stands for, and has shone a spotlight on Islamism in general. It is noticeable that in the mainstream media and on blogs Muslims are more willing to engage in public dialogue than ever before.

Hassan Butt
My Plea to Fellow Muslims: You Must Renounce Terror
Hassan Butt, who was once a member of radical group Al-Muhajiroun in Britain, raising funds for extremists and calling for attacks on British citizens, calls on Muslims to liberate themselves from defunct models of the world