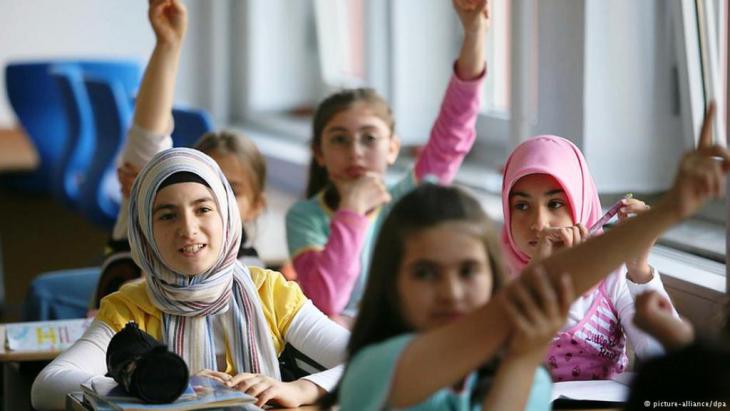 Education in the Arab world
Stop corrupting the next generation!

With curricula still focusing on fighting Christians, the torments of the grave, not to mention children being burnt in Hell, a revolution in Islamic religious education would appear to be long overdue. Mousa Barhouma argues in favour of teaching pupils noble Islamic ideas and humane values without overtaxing their intellectual maturity

The picture on the wall in one primary school was really frightening. Just one glance, let alone a close examination, was enough to shock. The picture was entitled ″The Penalty for Failing to Pray″ and it showed two dead young girls. The first (who prayed regularly) was lying meekly on green leaves that radiated light and the second (who skipped prayers) was burnt to a cinder, disfigured and spattered with blood; a viper had wrapped itself around her and she was encircled by black rocks.

The children I met there questioned me about Hell and Heaven. Indeed they spent a long time describing Hell based on what their teachers had told them – and not just in religious education either, but in all classes, even in their maths and art lessons.

One religious education teacher at a well-known kindergarten in the Jordanian capital Amman described Christians as ″infidel Nazarenes″ and encouraged the young girls to pray and wear the hijab, otherwise they would burn in the fires of Hell.

Jordanian education experts complain bitterly at the prevalence of this indoctrination about sin and punishment in schools and kindergartens, as well as the lack of art, music and scientific logic in school curricula. There is, however, constant talk about jihad, what mujahideen can expect in the afterlife and how Muslims are required to wage jihad all over the world.

The ″torments of the grave″ and Heaven and Hell are also covered in great detail, but there is no mention of the law. Much is made of the virtues of a wife obeying her husband, yet no attention is given to the wife as a fellow human being. In fact depictions of women are flawed to say the least. The male chauvinism found in primary textbooks may be summarised as follows: ″Mummy cooks while Daddy reads the newspaper.″

Textbooks lacking in thought and concept

At a seminar held recently in Amman, education experts noted that ″most of the women in school books wore the hijab″ and ″there was no reference to the existence of Christianity, except in one single picture in just one lesson″. Education researcher Dalal Salama noted that in two instances – in the Grade 1 Arabic language book and in the Grade 3 Islamic Studies book – children only learned about coexistence as a virtue between Muslims: a good Muslim is someone who doesn't do harm to other Muslims either in word or deed; that Muslims ″love all Muslims, protect their lives and their property and make sure not to harm them in word or deed″; and that Muslims ″don't frighten other Muslims by raising their voices or by threatening them with sticks or weapons″. 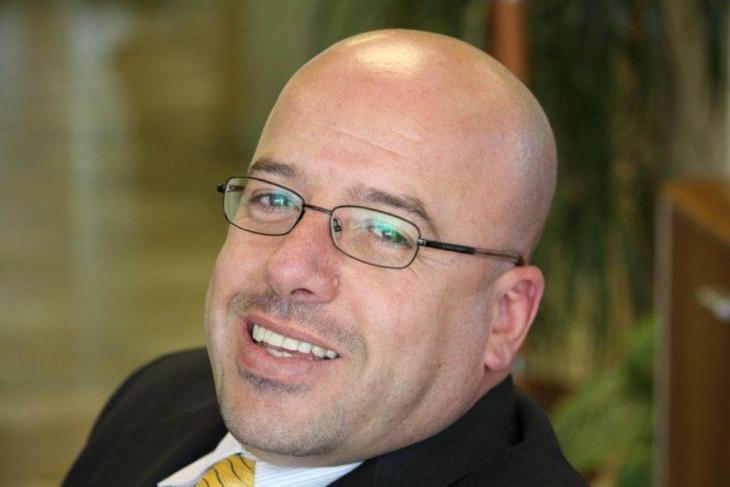 Calling for a revolution in education: "the focus should be on providing children at a primary and secondary level with Islamic concepts and humane values that avoid confusion. Religion should be treated as an everyday part of life – there can be no place for threatening or intimidating stories that lead children into metaphysical speculations inappropriate for their age or intellectual maturity," writes Barhouma

Education expert Dr Dhoqan Obaidat examined the General Culture book and found that in a ″modern science″ lesson children are taught that these sciences ″bring some benefits in agriculture and so on, but they have caused unrest, destroyed civilisations, encouraged secularism and materialism and led to the growth of massive cities. They have alienated humanity from worship, religion, the family, nature, honour, love and friendship. They have led to an increase in divorce and drugs and have destroyed the environment.″

Hosni Ayesh, an academic and education expert, attributes this to the fact that “the Islamists have controlled the Ministry of Education for decades and the result has been the Islamicisation of the Jordanian curricula. This Islamicisation has even spread to scientific subjects such as physics, biology and chemistry, in which every teaching unit begins with a Koranic verse or a saying of the Prophet, creating a link between science and religion″.

In ″Lies and dangerous precepts in Jordanian school books″, which appeared in ″Al-Ghad″ newspaper, the writer and poet Zuleikha Abu Risha commented on a Grade 10 religious education textbook, ″Children are being taught that they have to take up arms against those who do not share their faith. Concepts such as fighting, apostasy, jihad, permissible bloodshed, justifying the appropriation of property and belief under coercion, in exchange for the right to live and keep one's own property – not to mention compulsory prayers – can neither lead to a 'tolerant' society nor to a 'tolerant Islam'.”

Educational experts warn of what they call a ″hidden agenda″, i.e. the pivotal role of teachers in shaping the ideas of the children, either negatively or positively – something that has apparently gone unremarked for years.

Complaints have been increasing that teachers generally know little about science, the spirit of religion, or the basics of the Arabic language and sound educational practice. They appear beset by psychological and social complexes, unqualified either to teach or bring up children. They need training. Their minds and attitudes need re-programming to bring them into line with the spirit of the age and up to speed on the profound changes sweeping school curricula, not to mention modern teaching methods.

Studies and surveys have revealed school curricula that are full of IS-like thinking, puritanical ideas and others are based on superstition, metaphysics, denial of the Other and a rejection of co-existence – concepts that are far removed from reason, critical analysis, philosophical or logical endeavour. 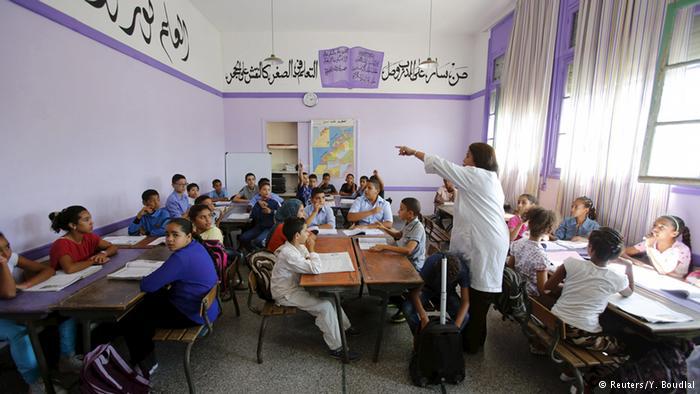 Jordanian writer and poet Zuleikha Abu Risha: "children are being taught that they have to take up arms against those who do not share their faith. Concepts such as fighting, apostasy, jihad, permissible bloodshed, justifying the appropriation of property and belief under coercion, in exchange for the right to live and keep one's own property – not to mention compulsory prayers – can neither lead to a 'tolerant' society nor to a 'tolerant Islam'”

In the quest for urgent and effective solutions to salvage what remains of a fragile future, three parallel courses of action need to be considered:

Firstly, all curricula need to be re-written to bring them in line with modern teaching methods, modelled along the lines of school curricula in developed countries. The focus should be on providing children at a primary and secondary level with Islamic concepts and humane values that avoid confusion. Religion should be treated as an everyday part of life – there can be no place for threatening or intimidating stories that lead children into metaphysical speculations inappropriate for their age or intellectual maturity.

Educationalists need to draw on scientific methodology and the principles of rational criticism, analysis, argument, logic and philosophy for their inspiration.

Secondly, teaching staff need to be selected with greater care and according to strict criteria, especially those who teach at a primary level. There needs to be an improvement in the conditions, salaries and benefits of teachers, thus allowing them to devote themselves to this worthy vocation and not be distracted by the trials and tribulations of life.

Thirdly, there needs to be a legislative framework. Those who violate the true principles of teaching and those who either fail to meet the required standard, or try to poison young minds – through ideological indoctrination or misrepresentation – need to be silenced and deterred by law. After all, those who corrupt the minds of young children corrupt the whole nation and set fire to the future.

Home
Print
Newsletter
More on this topic
Combating violent extremism: Could Sufi Islam be the cure-all?Libya: Removing Gaddafi from schoolbooksScience and research in the Islamic world: Rebuilding the Muslim House of Wisdom
Related Topics
Christians in the Islamic world, Education, Radicalisation, Sharia
All Topics

The murder of a female student at Mansoura University in the Nile Delta has sparked a long overdue debate on femicide in Egypt. Karim El-Gawhary reports from Cairo END_OF_DOCUMENT_TOKEN_TO_BE_REPLACED

When times are tough, the exchange of ideas and perspectives becomes especially important. It takes dialogue. And at Deutsche Welle, we need distributors and cooperative partners ... END_OF_DOCUMENT_TOKEN_TO_BE_REPLACED

Women in the Levant have long used needlework to depict the region’s history, its landscapes, customs and traditions. Intricately embroidered panels, varying in style, colour and ... END_OF_DOCUMENT_TOKEN_TO_BE_REPLACED

A straightforward message emerged from last week’s meeting in the Negev desert of the foreign ministers of four Arab countries, Israel and the United States: Israel is key to the ... END_OF_DOCUMENT_TOKEN_TO_BE_REPLACED

Israelis, Arabs and Iranians are landing back in their home countries to the tearful relief of relatives, as evacuations of nationals caught up in the Russian invasion of Ukraine ... END_OF_DOCUMENT_TOKEN_TO_BE_REPLACED

A number of Arab League member states have announced in recent weeks that they intend resuming relations with the Syrian regime. A potential invitation to the Arab League summit ... END_OF_DOCUMENT_TOKEN_TO_BE_REPLACED
Author:
Mousa Barhouma
Date:
Mail:
Send via mail

END_OF_DOCUMENT_TOKEN_TO_BE_REPLACED
Social media
and networks
Subscribe to our
newsletter