Instrumentalised on All Sides

Edward Said published his seminal work Orientalism thirty years ago. For western academics, the book emerged as the manifesto of theoretical decolonisation – but how was his intellectual legacy received in the Arab world? Markus Schmitz has the answers

Edward Said published his seminal work Orientalism thirty years ago. For western academics, the book emerged as the manifesto of theoretical decolonisation – but how was his intellectual legacy received in the Arab world? Markus Schmitz has the answers 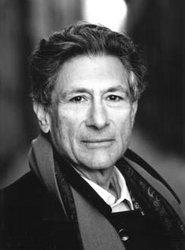 ​​ Five years after his death and thirty years after the original publication of his much-discussed study Orientalism (1978), Edward W. Said (1935-2003) remains a highly influential figure.

The Palestinian-American intellectual Said overstepped the boundaries of his academic and national origins, his critique thus achieving recognition across the disciplines and around the world. Yet although his significance in bringing together previously separate debates is undisputed, it proves extremely difficult to determine Edward Said's precise cultural, political or theoretical locus.

Presenting himself simultaneously as an Oriental subject, as "the last Jewish intellectual" in the tradition of Adorno, as a Palestinian by choice and a New Yorker émigré, Said cannot be described simply as a representative of the Arab academic diaspora.

While numerous introductions, special editions and readers outline his significance in various fields and his politically engaged public persona, the Arab reception of Said's work has been little studied. This is a surprising paradox, as Edward Said was a prominent party in local debates in Cairo, Beirut or Ramallah from the early 1990s on.

"The other" as the readership

In the early 1980s, the Egyptian political scientist Ahmed Abdalla called the western concept of "the other" – a very common term in postcolonial theory – to the attention of his Arab readership, pointing out that it did primarily refer to Arabs and Muslims. So it was interesting to see how readers in the Arab or "Islamic" world would react to the interventions claiming to lead the fight for cultural decolonisation from inside the western metropolitan centres. 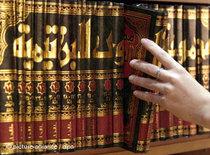 ​​ Edward Said is a particularly interesting example in this context, due to his origins and political involvement. His significance in the Arab world was initially restricted to a group of literary theorists, most of whom had studied in Europe or the USA.

It was only with Orientalism that he reached a larger audience. Translated into Arabic in 1981 by Kamal Abu-Dib, the key text of colonial discourse analysis did not elicit purely positive reactions from intellectuals in the Middle East, however.

From the outset, there were selective attempts to canonise and instrumentalise the study, in which Said aimed to integrate his political life into academic praxis by integrating the themes of eurocentrism, colonialism and racism into western literary theory.

Orientalism has been used both to strategically maximise cultural difference and to categorically negate that difference. To this day, the book and its author are exploited as a canvas for projecting Islamomaniac and Islamophobic positions. Marxist and liberal Arab intellectuals in particular view the renunciation of the western modernity model by local academic elites as an intellectual cul-de-sac, partly blaming Said for this trend.

A representative of the western cultural industry?

There are many critics who bemoan the absence of ideas on dependence theory and class issues, suspecting Said of inverse Orientalism. But religious scholars too find it difficult to relate the power relations Said analysed to their own cognitive procedures. Many overlook the fact that Said's decentering of European avant-garde theory not only reveals colonialism and racism as constitutive correlates of western truth discourses, but also calls for the formation of a critical and self-critical Arab discourse.

Until well into the 1990s, the majority of his Arab critics regarded Said as a representative of the American and western cultural industry. Initially, Orientalism was barely used as a source for provincialising western patterns of the past, identity and politics, nor as an instrument for deconstructing Arab narratives of the self. Instead, Said was accused of disregarding Arab standpoints and perspectives in his analysis.

The contrapuntal procedure formulated in Culture and Imperialism in 1993 was only a limited response to this accusation, the essential frame of reference still consisting of the classics of European cultural history. Said's critique deals with the western centres as a privileged locus of critical decolonisation. Many Arab critics experienced this postcolonial discourse as an instrument of exclusion.

Said's direct presence in the local debates of the 1990s led to a growing interest in his work as a whole on the part of an Arab readership. Having been active on Palestinian issues since the late 1960s and played a part in the PLO's change of strategy in the 1980s from armed struggle to non-violent resistance and conflict resolution by diplomatic means, he now adopted an almost anti-national position.

​​ Although he did not formulate a coherent post-national liberation theory, his political writings composed primarily for Arab readers in the 1990s are among those fragments of his work in which the tension between national solidarity and critical insistence emerges openly. While he continued to represent the collective claims of the Palestinians in the western public sphere, Said directed his inner-Arab critique against internal repression.

A supporter of the intifada and a two-state solution at the end of the 1980s, he now criticised the Oslo Interim Agreement as a betrayal of civil resistance, the demands of the refugees and the diaspora.

As a Palestinian dissident, Said became the target of defamation and censorship. When an opposition critical of Arafat formed in the mid-1990s, protesting against the modalities of the "peace process", he accepted the role of spokesperson for the secular Palestinians disillusioned by the repressive implementation of the Oslo Agreement.

A member of the civil society-based movement Al-Mubadara al-Wataniya al-Filastiniya (Palestinian National Initiative), he was active against the occupation and the suppression of basic democratic rights by the kleptocratic regime.

At the same time, he became an active commentator and participant in the expanding Arab debate on civil and human rights, gaining an influence over democracy movements in the civil societies of other Arab states.

An Arab by choice

Thus, Said gradually took on the role of a high-profile intellectual in the Middle East during the 1990s. This new status laid the ground for his theoretical writing, which was now translated into Arabic. Yet the question of his identity remains controversial to this day.

The reaction to his memoirs, Out of Place (published in Arabic as kharig al-makan in 2000) is an impressive illustration. To a large extent, these reactions were a re-reception of the attempt by western critics to contest the validity of Said's personal narration. 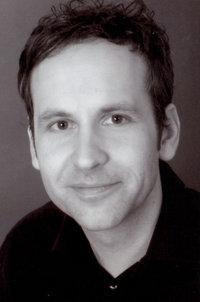 Markus Schmitz: "Edward Said overstepped the boundaries of his academic and national origins, his critique thus achieving recognition across the disciplines and around the world"

​​ Because Said, however, places himself in Arabic history as a formerly colonised subject in his memoirs, his personal historiography was interpreted not only as a Palestinian national statement, but also as proof of Said's Arab identity. Others recognised their own feeling of alienation and exclusion from the dominant Arab discourse in Edward Said's autobiography.

The concept of being an Arab by choice, however, encountered some resistance. Whereas Said explains the process of his personal formation and his solidarity with the Palestinians as a conscious decision rather than a return to an authentic origin, this model appears less than suitable for Arab intellectuals, in view of the repressive conditions of their everyday work.

Said's attempt to release the shackles of nationalist cohesion principles along with the discriminating fixations of colonial racist identifications, as it were, has encountered considerable resistance in the Middle East. In these situations, Said's critique risks losing contact to those other forms of expression created in the Arab periphery of the global cultural industry.

Markus Schmitz is a research fellow at the School of English, Postcolonial & Media Studies at the University of Münster. His PhD thesis Cultural Criticism without a Centre: Edward W. Said and the Counterpoints of Critical Decolonization was published by the German publishers transcript in 2008. His current project addresses selected literary, audiovisual and theoretical positions of Arab-American transmigrants.

The Arab World: Globalisation and Cultural Identitiy
Eyes Firmly on the Past
The well-known writer and media expert Khaled Hroub is critical of those who champion "cultural particularism" in the Arab world. He sees this way of thinking as being nothing more than a method of defending Arab despotism and the backwardness of the region

The Reception of the Other
Western Painters of the Orient, Orientalists in the East
In two books that cast light on the history of the reception of the Orient and the Occident, the New Yorker Kristian Davies looks at images, while the Egyptian Muhammad Immara studies texts. Wolfgang G. Schwanitz reports