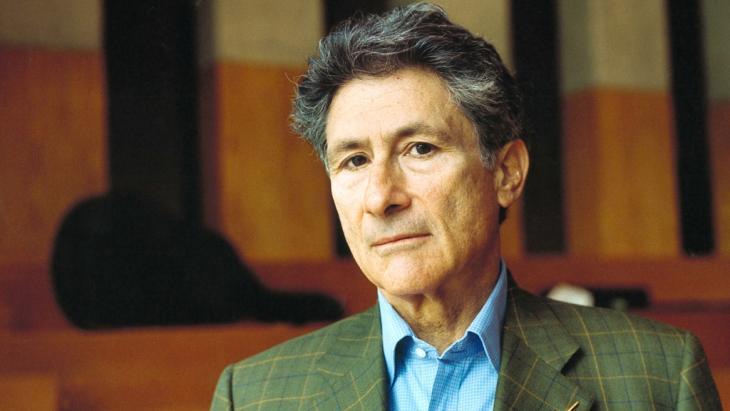 The Orient beyond Cliché

The Palestinian-American literary scholar Edward Said (1935 – 2003) is required reading for anyone talking about Islam today. His main work, Orientalism, recently came out in a new German translation. Stefan Weidner read it for Qantara.de

​​It is no exaggeration: Said's book traumatised the traditional academic field of Orientalism when it hit the shelves in 1978. The first German version, dating from 1979, has been out of print for years and was generally considered shoddy work. This new translation is the perfect opportunity to test Said's theses in the light of the historical developments of the past 30 years.

For an impartial reader picking up the book in our times, it must be difficult to understand all the past excitement over it. Barely an academic worth their salt would now deny that the emergence of Orientalism at the turn of the 19th century was fundamentally favoured by Britain and France's colonial ambitions; Edward Said details the roles of Sylvestre de Sacy (1758 – 1838) and Edward Lane (1801 – 1876) in this context.

Orientalism in art and literature fares little better. All too often, the French novelist Flaubert finds exactly the same curiosities on his travels around Egypt that Lane puts into his mouth in his ethnological report on the 'modern' Egyptian of 1836. And almost all Western travellers to Arabia up to well into the 20th century followed the maxim that a trip to the Orient on which one does not find the cliché of the Orient is simply not a proper trip to the Orient. Said's probably most highly charged observation is that Orientalism cultivated ideological, in some cases openly racist standpoints, which in turn were picked up on by politicians and opinion-makers to justify interventions in the Orient. 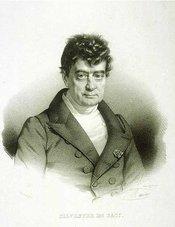 Statements such as the following from the well-known Orientalist William Muir (1819 – 1905) speak for themselves, and were all too willingly received by politicians such as Lord Cromer: "The sword of Mahomet and the Coran are the most fatal enemies of civilization, liberty, and truth, which the world has yet known."

There is a clear line of continuum from such statements to today's Islam-critical blogs – and wary observers might be tempted to place the pope's Regensburg speech in the same tradition.

If Edward Said is a controversial figure to this day, it is down to the alarmingly long afterlife of precisely those attitudes towards the Orient that he revealed in the authors he studied. Behind the current Enlightenment fundamentalism, which knows no opponent other than Islam and its defenders, lurks an old high-handed reflex – re-invoked in the form of pro-war arguments purporting a missionary need to bring civilisation upon Iraq and Afghanistan.

The Orient beyond the cliché

​​Academics in Islam Studies have inherited from Edward Said the question of whether and how it is possible to talk about the Orient beyond the Orientalist cliché. Many of the younger generation – particularly in the German-speaking world – have now found an appropriate answer. Their response is to constantly reflect their own research, to let Islam speak for itself as far as possible, to refrain from sweeping essentialist statements along the lines of "Islam is…" – instead studying individual cases and the many different 'Islams'.

Were all this as standard practice as it ought to be, Edward Said would be a mere slice of academic history and we would have no need to read him today. He set the ball rolling, with numerous single-focus studies and overviews since putting his point more precisely – and often more convincingly. On re-reading, we encounter Orientalism as an essay that has overflowed its banks, at times confused, a little shoddy in its style, a little premature in its conclusions – which are rarely wrong but which one wishes were more carefully derived. Said opens himself up to attack where he need not be vulnerable, his lack of distance supplying a generation of Muslim fundamentalists with the patterns for their no less effective 'Occidentalist' clichés.

The new edition brings these flaws to the forefront more strongly than the English original, in which the same sentences that have German readers shaking their heads sound elegant and convincing. For a retranslation, this is a breathtakingly careless piece of work. Not only has the translator used the German term "Islamisten" (i.e. Islamic fundamentalists) to mean scholars of Islam; in many cases, whole sentences are rendered incomprehensible, the only option being to resort to the original to make sense of the translation.

Translated from the German by Katy Derbyshire  Qantara.de Edward Said's "Orientalism" in Arab DiscourseInstrumentalised on All SidesEdward Said published his seminal work Orientalism thirty years ago. For western academics, the book emerged as the manifesto of theoretical decolonisation – but how was his intellectual legacy received in the Arab world? Markus Schmitz has the answers The Reception of the OtherWestern Painters of the Orient, Orientalists in the EastIn two books that cast light on the history of the reception of the Orient and the Occident, the New Yorker Kristian Davies looks at images, while the Egyptian Muhammad Immara studies texts. Wolfgang G. Schwanitz reports The Debate on Islam and the EnlightenmentFor Conflict Resolution without Self-Righteousness"Enlightenment" and "the clash of civilizations" are buzzwords that we often hear in the debate on the relationship between the cultures of Islam and Western Europe. In view of the current conflicts in this area, Stefan Weidner advocates a cultural rivalry without "Enlightenment fanaticism 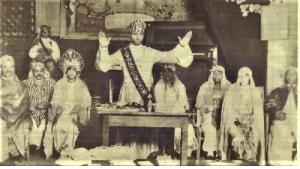 Book review: Jacob S. Dormanʹs ʺThe Princess and the Prophetʺ

In the ʺPrincess and the Prophetʺ, Jacob S. Dorman traces the winding path and idiosyncratic heritage of Noble Drew Ali, founder of The Moorish Science Temple of America, and ... END_OF_DOCUMENT_TOKEN_TO_BE_REPLACED

Looking outwards with the knowledge from within: a conversation with the Iraqi writer Sinan Antoon on the future of his homeland. Interview by Lena Bopp END_OF_DOCUMENT_TOKEN_TO_BE_REPLACED

An interview with the Iranian-American historian and cultural philosopher Hamid Dabashi about writing, Europe's past and present, right-wing populism and the Arab uprisings. By ... END_OF_DOCUMENT_TOKEN_TO_BE_REPLACED 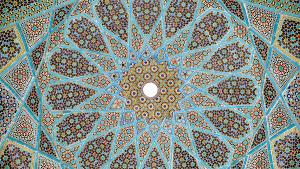 Book review: Stefan Weidner's ʺ1001 Books. The Literatures of the Orientʺ

The Middle East – a rich vein of world literature

Recently published in German, Stefan Weidner's new book issues an invitation to all those who would like to be better acquainted with the literature of the Middle East – a ... END_OF_DOCUMENT_TOKEN_TO_BE_REPLACED 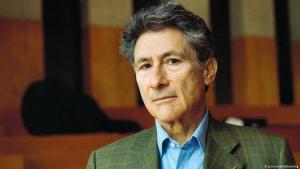 When people think of Edward Said, the first thing that generally comes to mind is his criticism of Orientalism. As a result, the theme of exile – which played no less significant ... END_OF_DOCUMENT_TOKEN_TO_BE_REPLACED 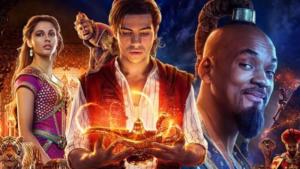 Currently a worldwide blockbuster, the latest Aladdin movie hoped to do a better job of the story than the 1992 animated Disney film, which features a number of racist stereotypes ... END_OF_DOCUMENT_TOKEN_TO_BE_REPLACED
Date:
Mail:
Send via mail

END_OF_DOCUMENT_TOKEN_TO_BE_REPLACED
Social media
and networks
Subscribe to our
newsletter