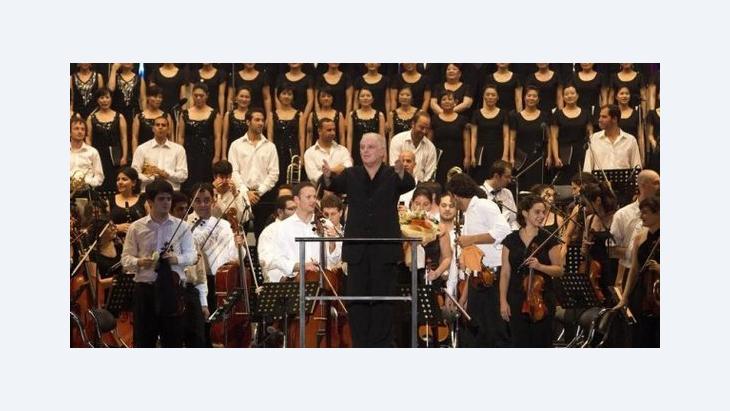 The German book cover certainly incites curiosity. From behind a transparent orange dust cover, an alert, sharply contoured intellectual visage looks out at the reader: an elegant older gentleman with salt-and-pepper hair, who turns out to be the respected Arab-American thinker Edward W. Said (1935–2003). Born in Jerusalem, Said was not only a contentious New York literary theorist and advocate of the Palestinians in the USA, but also a cultivated amateur pianist, co-founder of the Israeli-Palestinian West-Eastern Divan Orchestra, and author of the game-changing study Orientalism (1978) and of numerous other books.

His collected music criticism is now available in the language of Wagner and Beethoven. Published posthumously, the book compiles 36 concert critiques and more general essays and book reviews about music. Nothing less than a comprehensive music-theoretical stocktaking of a critical mind, one might think, and the rhapsodic jacket copy does indeed promise "refreshingly clear" statements, "astute, benchmark-setting thoughts on the status of music in the 21st century", "love stories and caustic attacks".

So one may justifiably look forward to reading Said's almost four hundred-page writings, taken mainly from The Nation, where he was the music critic from 1986 on, but also from the New York Times Book Review, Vanity Fair, Harper's and The Observer. 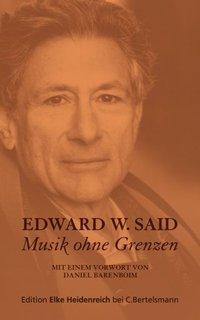 ​​To get straight to the point: there really are plenty of "caustic attacks" – absolutely excessive, polarising assessments. However, Said's historical and aesthetic judgement is unfortunately not as precise as it ought to be. Disillusionment sets in after reading the first hundred pages, disappointment at the two hundred-mark, and after three hundred pages come annoyance and head-shaking.

What alienates the reader is by no means Said's fascinating erudition, his immense knowledge of the opera and piano repertory, his sociological-poeticising classification of pianism, his eloquence and occasional flashes of artful formulation.

Nor is it Said's consistently sincere objective: the understandable wish for differentiated, intelligent, even "utopian" programming for piano performances, opera stagings and symphony concerts, his vigorous advocacy of a lively contemporary directorial theatre, his polemics against purely culinary-focused, opulent summer festivals, his plausible explanations for the necessity of performing Wagner in Israel, his continuous commitment to Richard Strauss, Pierre Boulez and Glenn Gould, his enthusiasm for the provocative director Peter Sellars, his sketch of the exceptional conductor Sergiu Celibidache or his pleas for recognition for Richard Wagner's role in renewing the theatre.

No, the bone of contention is rather a veritable downpour of undifferentiated blanket judgements and insults.

Said rains down this torrent on his readers at practically page-long intervals, alienating even the most well-meaning reader with an unbearable, levelling contempt for composers and musicians of all creeds and colours. A sample? Said describes Horowitz as a paragon of strident piano-playing, Richard Strauss' musical idiom as superficial, empty and complicated; Charles Mackerras' conducting he finds lax, terribly sloppy, scandalous work, the composer Franz Krommer's historical significance is waived off as absolutely trivial. The list could go on: Said goes as far as to slur the entirety of Italian opera as second-rate – allowing only Rossini a few moments of recognition.

Pavarotti, certainly a polarising figure, is dismissed on a number of occasions, most notably as "a grotesque". And speaking of characters, the entire nineteenth-century character range is shot down in toto with naïve statements such as, "all the heroes and heroines are pudgy, loud and stupid, the music they sing equally so."

A sworn enemy of the bel canto repertory in general, Said unceremoniously rewrites musical history. He downgrades Bellini's masterpiece I puritani in the following way: "What an odd, even kinky spectacle this opera presents, with its interminable vocal acrobatics, its vacant plot and its pointless allusions to seventeenth-century England." 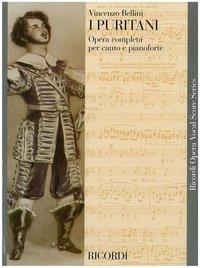 "What an odd, even kinky spectacle": In "Music at the Limits", Edward Said trashed Vincenzo Bellini's opera I Puritani, a generally accepted masterpiece

​​"If ever there was a toreador-cum-Valentino style of conducting, Dutoit embodies it: he is all narrow hips, svelte torso, stiff legs and darkly menacing features." Said was no doubt sure of raising a laugh among his readers with gags of this kind; in reality, however, all they are is a dubious perpetuation of established prejudices.

Said's use of jargon is overly chummy and thus incompatible with precise musical descriptions, soon becoming irritating through its frequency. His witty bon mots, the likes of "Encores, in my opinion, are appalling, like food stains on a handsome suit", reinforce the fatal impression that the author was scattering banalities into his texts rather than informative details.

To accompany the questionable language level and characterisation, Said varies between a know-it-all and a patronising tone: he has mercy for neither Alfred Brendel – "labored or uninspired, dutiful in the bad sense" – nor Murray Perahia – "crude and vacuous", "too academic and angst-ridden". And even the unquestionable significance of a composer like Bartók is relativised with a light-hearted shrug:

"I should say that I have never been completely convinced by Bartók." Said's attack on the much-admired world star Vladimir Ashkenazy, an outstanding pianist and conductor, is tantamount to a critical death sentence. According to his assessment, "nearly every [piano] recital he gave was a disappointment, as much for the strangely lumpish and inexpressive perfection of his playing as for the impression he gave of having very little to say or to venture."

At the rostrum, however, the author finds him a complete failure, claiming his conducting lacks intelligence and skill. In Said's piano universe, only shining lights such as Gould and Maurizio Pollini count, figures he practically idolises. But woe betide Pollini if he dares to leave the well-trodden path years later, having made changes to his repertory and performance style. Then he is accused of becoming overnight a painfully unpleasant, indeed rather repulsive version of himself.

One asks oneself on more than one occasion how such grotesque polemics made its way between book covers under the rubric of "music essays". As spontaneously written brief characterisations under the immediate impression of the concert itself, these pieces may perhaps be just about acceptable. As music essays, they are not. Said's compiled reviews are a paradigmatic illustration of how problematic an unreflected publication of a collection of concert reviews can be. 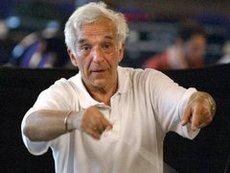 ​​Much of Said's commentary owes a debt to contemporary taste, is expendable or simply outdated; some of it is only of interest to the concert-goers at the time or the musicians under review. A decent tightening up, abbreviation and critical inspection would have done the collection good. There is an unnecessary glut of essays on Glenn Gould and brief analyses of Fidelio, full of repeated arguments. German readers can probably do without tedious summaries of Wagner's Ring, to give another example.

Said's recourse to a small handful of repeated literary citations is redundant and seems to have escaped the editor's notice. Another oddity is that Christoph Wolff's Bach biography is quoted by turns from the German and the English version. And the mantra-like demonisation of the New York Met soon becomes tiresome.

Furthermore, there are conspicuous inconsistencies in Said's thoroughly western-influenced understanding of music. He begins by rightly lamenting the meaningless adherence to the same standard concerto and opera repertory in the American music business. Yet the composers he focuses his own pieces on are literally all from the exact same epochs: Bach, Beethoven, Mozart, Wagner, occasionally Schumann.

Aside from Adams, Reger, Boulez and Stockhausen, the music of the twentieth century seems to play barely a role in Said's mind. Satie, for example, is not mentioned, Debussy and Ravel are touched upon only marginally, Shostakovich and Prokofiev simply name-dropped. For a music critic addressing a purely urban American readership, it is also astounding that he refrains entirely from discussing genuinely American music: Charles Ives, Samuel Barber, Virgil Thomson and Elliott Carter remain marginal figures, as do Copland and Bernstein. Ned Rorem is not mentioned at all and Paul Bowles appears only in a list, albeit misspelled.

Regrettably, the blandness of the German title (literally: Music without Borders) is reflected in the book's design, the lack of work titles and the sloppy index of names. Nor do the author or publisher seem to have checked the date of Richard Strauss' death.

In his almost hymnal introduction, Daniel Barenboim, the artistic director and co-initiator of the West-Eastern Divan Orchestra rightly so dear to Said's heart, claims that certain critics have lost the ability to "listen without prejudice", meaning they "have formed an unalterable opinion of the 'correct' interpretation of a certain work and are therefore only able to make positive or disadvantageous comparisons between the current performance and their own prejudices." Without intending to do so, Barenboim's words correctly sum up the problems in Said's inconsistent, perplexing anthology.

Reading Hassan Blasim's God 99 is an immersive experience of grief and exaltation, anger and disgust, writes Marcia Lynx Qualey. We join the Iraqi narrator as he sits around in ... END_OF_DOCUMENT_TOKEN_TO_BE_REPLACED

Turkey's parliamentary and presidential elections are scheduled for June 2023. But they are already casting a shadow. While the opposition is calling for early elections, ... END_OF_DOCUMENT_TOKEN_TO_BE_REPLACED

Recep Tayyip Erdogan, disappointed by the European Union’s reluctance to integrate Turkey into its ranks, has re-directed his country’s diplomacy toward the Maghreb and Africa to ... END_OF_DOCUMENT_TOKEN_TO_BE_REPLACED

A law is currently being debated in Morocco that would legalise the cultivation and export of medicinal cannabis. For many small farmers, this would bring considerable advantages ... END_OF_DOCUMENT_TOKEN_TO_BE_REPLACED

Philosopher Juergen Habermas was due to be awarded a major Arab prize in Abu Dhabi, but has turned it down following criticism. This decision torpedoes Arab efforts at a ... END_OF_DOCUMENT_TOKEN_TO_BE_REPLACED
Author:
Jens Rosteck
Date:
Mail:
Send via mail

END_OF_DOCUMENT_TOKEN_TO_BE_REPLACED
Social media
and networks
Subscribe to our
newsletter