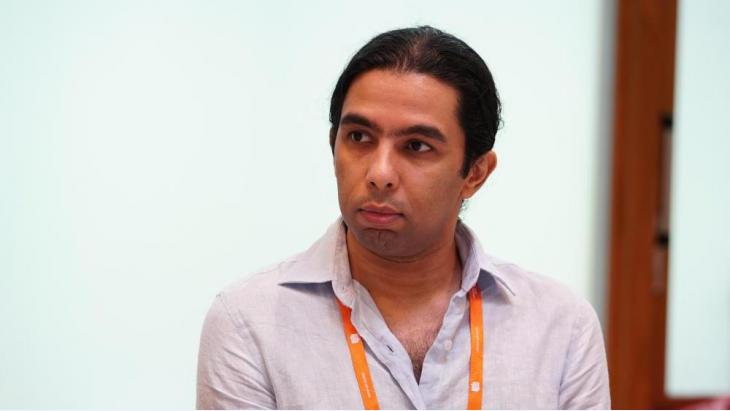 In May 2018, Egypt’s parliament approved several new pieces of legislation regulating the press and the media, but also the controversial cybercrime law. Amr Gharbeia, technology and human rights officer with the Egyptian Initiative for Personal Rights (EIPR) and an expert on Internet surveillance in Egypt, spoke to Sofian Philip Naceur

The controversial and vaguely worded bill legalises censorship and online surveillance, forces telecommunication companies to store user data for 180 days and grants national security authorities access to this data. Violations of the law can be punished by up to five years in prison and hefty fines of up to LE 20 million (950,000 euro). What will change when this law comes into effect?

Amr Gharbeia: The rule of law in Egypt is now weaker than ever. Authorities have traditionally enjoyed immunity and very little oversight. This new statute gives the courts broad powers to block websites, freeze assets and prevent suspects from travelling, but all this has been already within the reach of the authorities. Perhaps the most significant part of the law is the section criminalising the job of system administrators. Under the new law, system administrators are sanctioned for failing to protect their system from hacking and they are even denied the constitutional right to silence. They will have to co-operate with the authorities if they failed to protect an ICT (Information and Communication Technology) system. But anyone with a basic knowledge of ICTs knows that 100 percent security is an illusion. The new cybercrime statute is thus likely to hit businesses hard.

Why has the law been a priority for Egyptian MPs in recent months? People have been arrested and convicted for a wide range of online activities – such as posts on social media – since 2013. Whatʹs more, there is also the blocking of online content in Egypt by unknown entities, which has been going on since early 2017. One could argue that the government does not need another law to prosecute people for online activities.

Gharbeia: Indeed. The 1937 Penal Code and the 2015 Counter-terrorism statute already have many broad sections effectively criminalising speech, organisation and association, especially as many courts of law are towing the government line. However, previous violations such as the blocking of websites that were exceptional and illegal have now been normalised and legalised under the new cybercrime bill and the most recent legislative updates to the penal code. 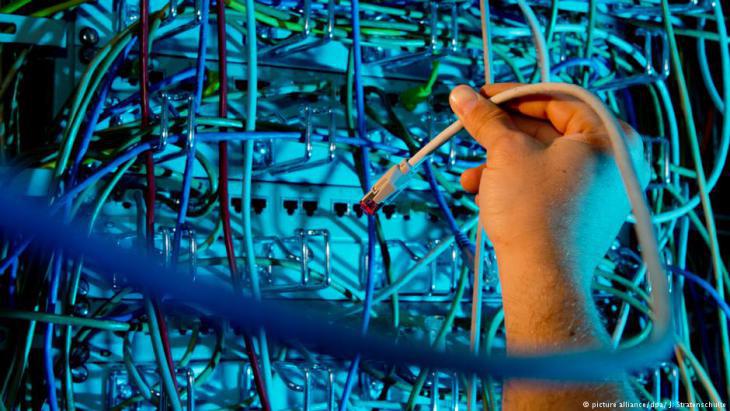 Opening the censorship floodgates: "the new cybercrime law gives the courts broad powers to block websites, freeze assets and prevent suspects from travelling, but the most significant part of the law is the section criminalising the job of system administrators. Under the new law, system administrators are sanctioned for failing to protect their system from hacking and they are even denied the constitutional right to silence," reports Amr Gharbeia

Do we know already which entity is responsible for blocking online content in Egypt?

Gharbeia: This is quite interesting. There is currently an ongoing lawsuit trying to force the government to stop blocking the website of Mada Masr, one of the few remaining independent news sources in Egypt. The formally independent telecommunication regulator, the National Telecom Regulatory Agency, claimed in its defence that it has no technical capacity to block websites and that this is a matter up to the four national security agencies defined in the 2003 Telecommunication Act – the General Intelligence Service (GIS), Military Intelligence, the National Security Investigation Directorate (a body run by the Ministry of Interior, also known as Homeland Security or State Security Investigation Service) and the anti-corruption watchdog Administrative Oversight Authority.

These national security agencies claimed in the lawsuit in their defence that it is the regulator who has the authority to block websites. The government is not willing to name names and is waiting for the new cybercrime bill to legalise the blocking. But even under the new act, such a blocking has to be ordered by a criminal court as part of an ongoing criminal investigation or trial. But those blocked news websites, VPN or proxy providers will not all be subjected to criminal investigations. For now, we have to wait until things will unfold. This also applies to Qantara.de, by the way, as its website is also not freely accessible in Egypt.

You have been following cybercrime legislation issues in Egypt for eleven years. How does the situation today differ from that during the era of former Egyptian President Hosni Mubarak? And in what ways does the new law specifically target social media? 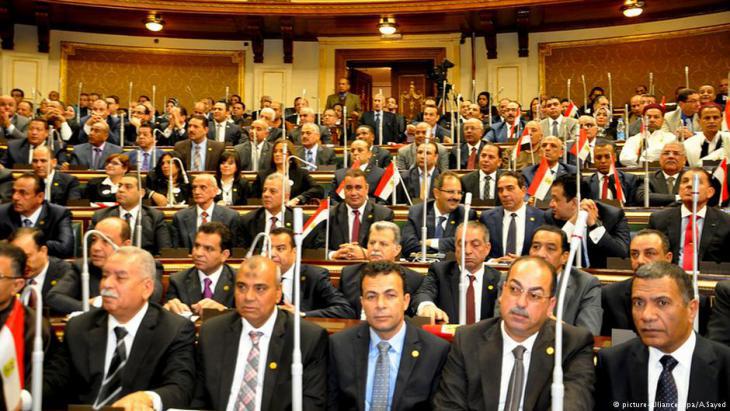 Open to interpretation: "the law recently passed by parliament still does not feature technically precise definitions relating to the nature of an information system, a website or an email account," criticises Internet expert Gharbeia

Gharbeia: What is common among the drafts I have read over the past decade is heavy-handedness in sanctions, a tendency to criminalise technology itself, rather than the criminal use of technology and a general confusion about the basic concepts in this domain. The law recently passed by parliament still does not feature technically precise definitions relating to the nature of an information system, a website or an email account. Naturally, social media was not a major concern ten years ago. Therefore, it did not specifically appear in earlier drafts, but it is my impression that Egyptian authorities have always, rightly, understood the Internet as the most democratic medium we have and have therefore always sought to create two different legal domains: one for the Internet and one for everything else. For example, the same hate speech – or theft or whatever crime – will be sanctioned far harsher if committed online – with a potential audience of several hundred people – than if committed on TV with a potentially much bigger audience and far wider impact.

How can we expect the term "public morals", mentioned in Article 27 of the law, to be used by the authorities?

Gharbeia: Public order offences are a traditionally vague part of the law where the police, the prosecution and the courts have far more leeway to interpret the law than is the case with criminal offences. Article 27 of the new statute is no different. That is why we argue that the problem in Egypt is not that a new type of crime is appearing because of new technologies. There are no new types of crime, only new ways of committing crimes. The problem is the way in which Egypt’s antiquated laws deal with crime. Egypt’s outdated criminal code needs replacing.

Home
Print
Newsletter
More on this topic
Interview with Yasmine Zohdi, editor with Egyptʹs Mada Masr: "Censorship is the worst it has ever been"Pleading our own cause: Egyptian authorities block Qantara.deJustice under Abdul Fattah al-Sisi: The law′s an ass
Related Topics
Abdul Fattah al-Sisi, Democracy and civil society, Free speech and censorship, Human rights, Justice, New media in the Muslim world, Rule of law
All Topics

Sisi’s mismanagement has plunged the country into crisis. Both political and economic reform is needed to save it, writes Abdelrahman Mansour END_OF_DOCUMENT_TOKEN_TO_BE_REPLACED

The devaluation of the Egyptian pound combined with rising food prices is taking its toll on Egypt. More and more people are slipping into poverty. Karim El-Gawhary reports from ... END_OF_DOCUMENT_TOKEN_TO_BE_REPLACED

Egyptian Sufis have been on the defensive against the country's Islamists for decades. Meanwhile, interest in mysticism is growing among the young members of Cairo’s middle and ... END_OF_DOCUMENT_TOKEN_TO_BE_REPLACED

Abortions are illegal in Egypt unless they are necessary to save a married woman's life. But that doesn't stop local women from having one. Egyptian society needs to acknowledge ... END_OF_DOCUMENT_TOKEN_TO_BE_REPLACED

Food prices doubled, salaries halved, banks restricting withdrawals: Egyptians now have the same problems as the Lebanese. But if things get worse here, the fallout will be far ... END_OF_DOCUMENT_TOKEN_TO_BE_REPLACED

END_OF_DOCUMENT_TOKEN_TO_BE_REPLACED
Social media
and networks
Subscribe to our
newsletter