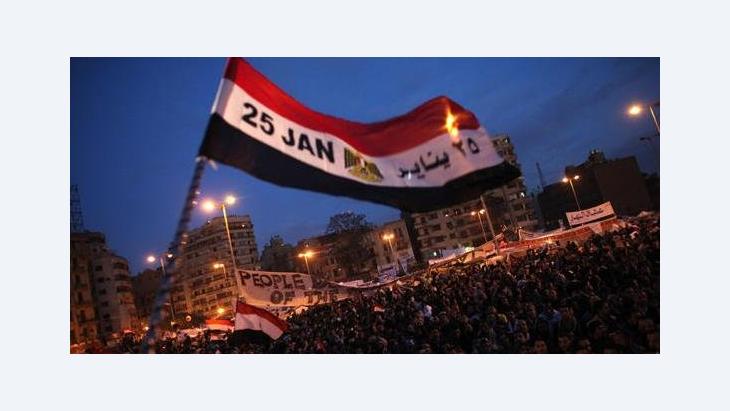 Egypt a Year after the Military Takeover of Power
From a Secular Uprising to a Muslim Democracy?

﻿The fundamental change which took place in Egypt in 2011 will go down in the history books as a turning point. But it is still not clear where the country is going politically and what the future role of religion will be in the Egyptian state and society. An analysis by Thomas Demmelhuber

Exactly a year ago, on the national day which honours the achievements of the Egyptian police, the "Arab Spring" moved from Tunisia to Egypt. After just 18 days of peaceful protest, the Mubarak regime fell.

Twelve months later, a first interim balance must come up with a mixed judgement: on the one side, Egypt has changed substantially. A look at the increasingly lively way in which discussions are held and the varied approaches to protests which are evident in every area of life only show how the "Fall of the Egyptian Wall" has had an influence on daily life.

On the other side, the picture of a society undergoing a liberal revival has to be seriously questioned in the light of religious tension, accusations of torture against the military regime, the indiscriminate arrests of activists and the continued arbitrary use of power by the police.

Contradictory signals from the military council

Since it took over presidential powers on 11 February 2011, the military council has been sending very contradictory signals. That, and its inadequate public relations, has repeatedly provided an excuse, especially for the young members of the protest movement, for them to recall to mind the "values of the revolution" and insist that they be respected. 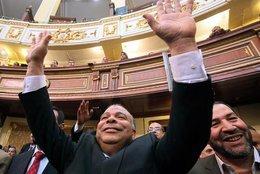 Triumph of the Islamists: Following their success in the parliamentary elections, the first freely elected Egyptian parliament has chosen Mohamed Saad el-Katatni, a member of the once-banned Muslim Brotherhood, as its president

​​The mainly secular and liberal nucleus of the protest movement sees its revolutionary achievements increasingly endangered by the well-organised activists of the political Islamist groups which have filled the post-Mubarak vacuum.

The Islamists have also been the victors in the country's first free parliamentary elections. Nearly half the votes went to the moderate Freedom and Justice Party ("Hizb al-Hurriya wa-l-Adala"), which is close to the Muslim Brotherhood, and its supporters. In a surprise development, almost a quarter of the votes went to the Salafists, who want to return to the origins of Islam, and their new party "Hizb al-Nour". As a result, the new parliament will be dominated by Islamists, who hold nearly three-quarters of the seats.

Aside from individual well-publicised victories in urban constituencies, the secular, liberal parties fell well behind their expectations. Depending on how one calculates it, secular liberal supporters have a maximum of 20 percent of the seats in the new parliament. The "revolutionary youth" was scarcely able to win any support for its candidates.

The failure of the street protesters is largely down to their tardiness in institutionalizing themselves and turning the momentum of the demonstrations into a formal mode of participation. In addition – and this is what was decisive for the election – their demand for a continuation of the revolution became increasingly unpopular among the population at a time of instability and a weak economy.

The military and its power 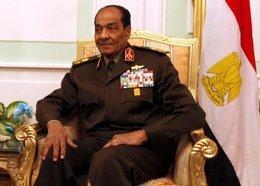 For many secular and liberal activists of the revolution of 25th January, he represents the "ancien régime": head of state Field Marshall Mohamed Hussein Tantawi

​​After repeated protests ahead of the parliamentary elections, the military promised to speed up the transfer of power into civilian hands and, as a part of that, to hold a prompt presidential election. At the same time, the military leadership under the long-serving defence minister and current head of state, Mohamed Hussein Tantawi, had no hesitation in proclaiming the role of the military as controller and guardian of the process of political change "for the good of the Egyptian people".

It seems credible that the military should indeed, as it declares, be prepared to give up political responsibility. The military, source of all power since the founding of the republic in the fifties, does not want to endanger its political, economic and social privileges. It does not want to have to take the unpopular decisions which will have to be taken as a result of the current economic crisis and the political changes. These should primarily be the responsibility of a civilian political leadership.

It is in this light that the decision to put the Mubarak family on trial should be seen. Mubarak was sacrificed so as not to risk the military's prominent role in the dominant structures of the country and its highly profitable role in the country's economy.

This step promised an attractive win-win situation for the military leadership. In the first place, the military council was seen to be reacting to repeated protest, and could demonstrate the seriousness of its efforts to break with the past.

Secondly, the military could present itself as the guardian of a political system which was fundamentally legitimate and had only been distorted by Mubarak's authoritarianism. With the military now in charge, the system could be put back on the right track.

In that sense there is nothing "revolutionary" likely to emerge from the debate which is getting under way about a new constitution. There is much which points towards continuity, and the continuation of the existing cornerstones of the constitution for the sources of political power: there are only a few who call the presidential system into question, for example, although this has in the past been the ground on which a "pharaoh"-like political tyranny has been able to grow. 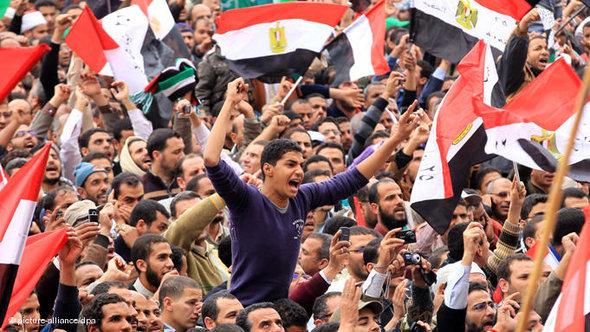 The losers of the Egyptian revolution? "The mainly secular and liberal nucleus of the protest movement sees its revolutionary achievements increasingly endangered by the well organised activists of the political Islamist groups which have filled the post-Mubarak vacuum," writes Thomas Demmelhuber

​​In the same way, Article 2 of the old constitution, which refers to the Sharia as the source of all legislation, is by no means under threat, and certainly won't be with the current clear majority in the newly elected parliament. What will be decisive will be rather how far this religious cornerstone will be turned from being a political principle into a constituent of day-to-day policy.

One will have to wait to see with which alliances or partners the Muslim Brothers, as the largest political party, choose to build their majorities, and what role the military takes on then as "guardian of the system".

History books and the uprising

The fundamental change which Egypt experienced in 2011 will certainly go down in the history books as a turning point. But it remains to be seen whether this turning point will be seen as an uprising leading to a change of government, or as a revolution in the sense of an institutional break with the state system of the past.

The partial liberalisation of the political system, especially with regard to the channels available for participation, is undoubtedly a democratic achievement of the uprising. But, in the medium term, the reactionary strength of an authoritarian elite will prove very resilient in its efforts to hold on to its profitable network of clients.

And there are other hurdles to be overcome on the way to democratisation, so that the road to a democratic system could well be a challenge for at least the next twenty years and will require more than the holding of regular elections. Only after all that has been gone through, will it be possible to say if 2011 was the year of the uprising, or the year of the revolution.

Dr. Thomas Demmelhuber teaches at the Institute for Political Science at the University of Erlangen-Nuremburg.

Home
Print
Newsletter
More on this topic
Anniversary of the Egyptian Rebellion Egypt's Protesters: Ready for the Next RevolutionSalafists in Egypt: Exploiting the Weakness of the People
Related Topics
All Topics
Date:
Mail:
Send via mail

END_OF_DOCUMENT_TOKEN_TO_BE_REPLACED
Social media
and networks
Subscribe to our
newsletter