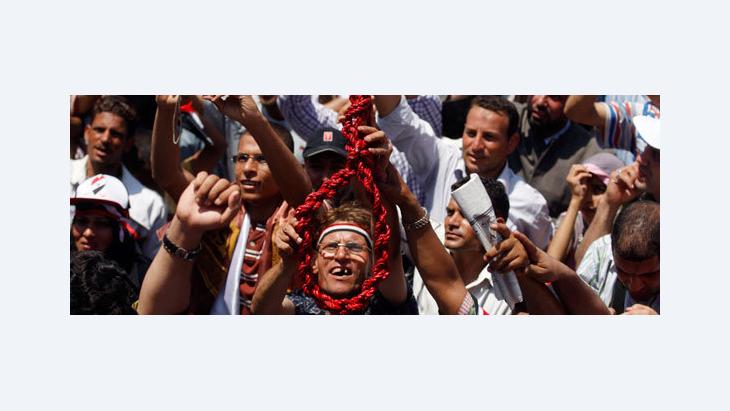 Revolution without Change of Power

The euphoria over the ouster of Hosni Mubarak has died down, and Egypt's transitional government is increasingly coming under criticism. Many people ask themselves whether a new democratic order is really being set up. By Andreas Jacobs

Egyptian author Alaa El-Aswani expressed it this way: "We have had a revolution here that succeeded – but is not in power. So the goals of the revolution are being applied by an agent, the army."

Many Egyptians still consider the military favourably because it first took a back seat during the protests of January and February, then made the president leave, and finally promised democratic change. More than four months on, however, many are beginning to wonder whether Egypt's military council and its transitional government are really promoting democratic change – or merely defending their vested interests.

The spectre of a new dictatorship 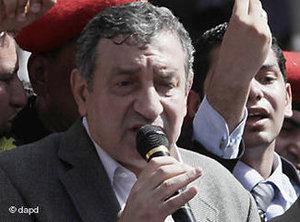 In need of explanations: Egyptians worry about censorship and repression as well as about the government's political timetable, Essam Sharaf, Egypt's Prime Minister since March, is trying to appease them on Tahrir Square

​​The army was first criticised when soldiers violently removed demonstrators from Cairo's Tahrir Square on March 9, arresting nearly 200 activists. The armed forces were accused of using truncheons and stun guns against protesters, and women said they had been sexually abused and threatened with rape. Human rights groups report that, after Mubarak left, thousands of people have been arrested, with military courts sentencing many of them in speedy trials to stiff jail sentences.

Press reports say that four people have died in police custody in recent weeks. In June, the government proposed a law that would punish Egyptians harshly for holding strikes and demonstrations.

The media are under pressure too. The military has stated that it will tolerate "objective" criticism, but immediately crack down on insults or slander. In practice, the military defines "objective" in a rather narrow sense. Recently, the military council announced that it would censor press reports and broadcasts that deal with military issues. Some well-known journalists were already summoned for questioning, and critical talk shows have been taken off the air.

The government says its actions are justified for the sake of security, order and economic growth. Indeed, Egypt badly needs investments and tourists. Prices are rising fast, and so are poverty and unemployment. Tensions between Egypt's many religious groups are growing. Increasingly, there are reports of violent incidents.

The military's own interests, however, matter very much too. By some accounts it controls at least one third of the economy. Businessmen in uniform manage the production of nearly everything in Egypt, from cars to mineral water. In recent years, generals got rich on real estate deals. Such vested interests seem to mark a red line that reformers better not touch. 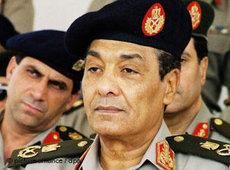 Are Epitome of the old regime: Mohamed Hussein Tantawi has served in the government since 1991 and is the current Chairman of the Supreme Council of the Armed Forces, Egypt's de facto head of state

​​Scepticism is currently spreading among liberal and secular Egyptians in particular. In late May, nearly 400 Egyptian bloggers organised an internet campaign against the military council. People worry about censorship and repression as well as about the government's political timetable. Many observers say that it has played into the hands of Muslim fundamentalists and members of the old regime by scheduling parliamentary elections for September and postponing the drafting of a new constitution.

It seems like people are kept quiet with the help of promises, subsidies and show trials against Mubarak's clan and supporters.

Fareed Zakaria of Time magazine and CNN has gone as far as to call Egypt a military dictatorship. His analysis does not do justice to the newly acquired freedoms and the determination of the pro-democracy movement in Egypt. Respect for peoples' courage and civic sense, however, must not make us blind to reality.

While Egypt has experienced a revolution, no real change of power has taken place. The apparatus behind the scenes remains the same. What is new is that many in the military now fear popular pressure and recognise the need for change. They seem ready to allow more freedom and more public participation in politics – provided that the military's power and privileges are not questioned. Will that be enough? It is up to civil society to give the next decisive impulses for Egypt's future development.

Andreas Jacobs is a political scientist and has been heading the Cairo office of the Konrad Adenauer Foundations since 2007.

Two refugees detained in Egypt are facing deportation to Eritrea. The expulsion of the Eritreans, who have been incarcerated in Cairo for more than eight years, has been halted ... END_OF_DOCUMENT_TOKEN_TO_BE_REPLACED

International relations are shifting across the Middle East as regional powers adapt to America's retrenchment and China's growing influence. Although the region could become the ... END_OF_DOCUMENT_TOKEN_TO_BE_REPLACED

Germany's foreign policy is explicitly values-based. But what happens, Ralf Bosen asks, when democracy, the rule of law and human rights collide with the logic of trade and ... END_OF_DOCUMENT_TOKEN_TO_BE_REPLACED

Egyptian author Nadia Wassef talks about opening the first independent bookstore in her home country; and her latest book in which she celebrates books and booksellers. By Manasi ... END_OF_DOCUMENT_TOKEN_TO_BE_REPLACED

"The people aren’t ready for democracy" has been the constitutional basis for Arab tyranny, its favourite slogan and its sacred narrative for more than a century. Yet, asks Khaled ... END_OF_DOCUMENT_TOKEN_TO_BE_REPLACED

END_OF_DOCUMENT_TOKEN_TO_BE_REPLACED
Social media
and networks
Subscribe to our
newsletter