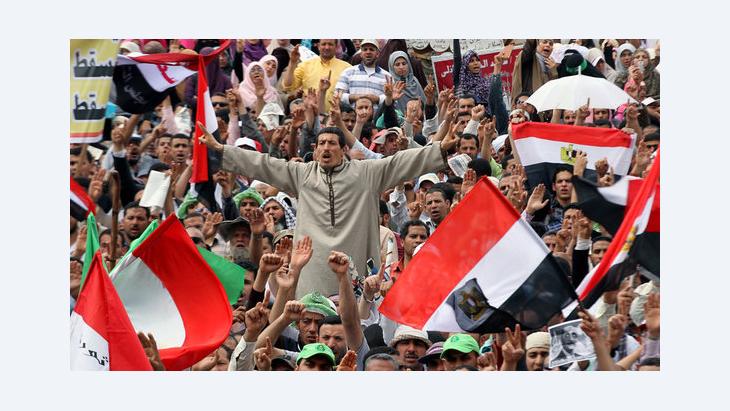 Egypt after the Election of Mohammed Mursi

﻿The revolutionaries in Egypt are strong and have achieved much over the past 18 months. They are, however, politically disorganized. In this opinion piece, Ziyad al-Alimi says that because Egyptians are looking for an alternative not only to the Mubarak regime but also to the Muslim Brotherhood, it would be best for the revolutionaries to take a third path between the two major blocs

﻿All over the country, millions of young Egyptians took to the streets on 25 January 2011 and called for the overthrow of the Mubarak regime. The ruling party was denying them the right to live in dignity. At first, the official opposition parties and the Muslim Brotherhood did not take part in the protests. They instead tried to calm the waters by talking to the regime. But the protesters persisted until Mubarak vacated his post.

There can be no doubt that the revolutionaries are still the most influential force in Egypt! After all, they managed in just one and a half years to exert so much pressure that three governments in succession were compelled to step down, while, by contrast, the parliament with its traditional majority was unable to force even a single government to resign. Nevertheless, this large revolutionary bloc lacks organizational experience, with the result that its political representation is poor.

It is worth keeping in mind that for the most part, this bloc emerged out of what were illegal movements that derived their legitimacy from citizen involvement, the demand for change and the insistence on their right to organize. Even though the members of these movements did gain experience in communicating with and mobilizing the populace during the years of their resistance, they lack the ability to organize election campaigns. 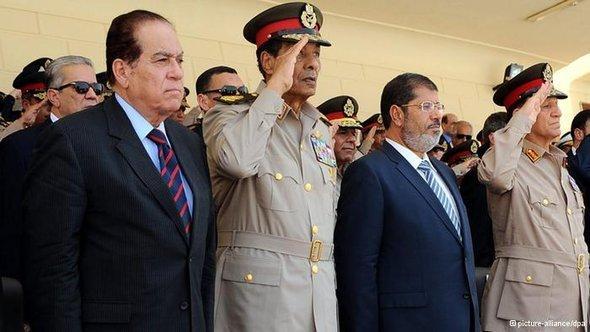 One era ends, another begins: according to lawyer and politician Ziyad al-Alimi, the majority of Egyptians would not accept the return of the old regime, even if it appeared in a new guise

The lesser of two evils

Lately, however, it seems that the revolutionaries are gradually acquiring the necessary skills. The outcome of the second round of the Egyptian presidential election should not be regarded as indicative of this development, because people were voting not for, but against something. Those who feared that power would be seized by the Islamists voted for the candidate of the old regime; those nervous about the possible return of the Mubarak regime cast their vote for the Muslim Brotherhood candidate, even if they actually detested him. Choosing the lesser of the two evils was the order of the day.

It is far more revealing to compare the distribution of votes in the parliamentary election and the first round of the presidential election. The difference between the two polls shows that the way Egyptians vote has changed considerably!

What is certain is that the majority of Egyptians would no longer accept a return of the Mubarak regime, even if it appeared in a new guise. All of the figureheads of the old regime have been defeated in the election. They are finished; no ideology will ever bring them together again. With the end of their reign over the Egyptian state, the web of interests that once bound them together has unravelled. 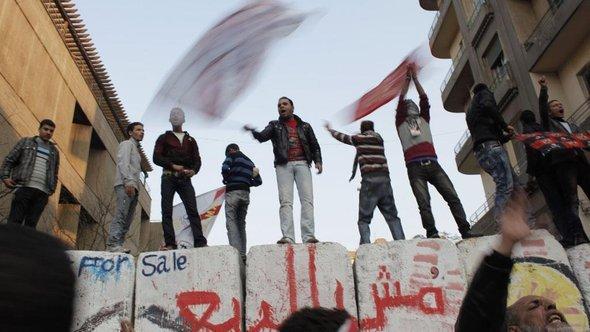 Revolutionaries, opposition parties, youth movements and democratic forces have obviously realized that they need to get organized if they are to shape the political agenda. A new movement that hopes to offer a political alternative to the Islamists and the old regime is taking shape and its slogan is "the third force"

The success of the secular camp

The other force is the revolutionaries. Many liberal, left-wing and revolutionary groups and figures – including Mohamed ElBaradei, the movement's foremost presidential candidate – did not get involved. They were against the holding of elections before a constitution had been passed and while the country was still in a state of legislative turbulence. Those who nevertheless took part in the election garnered between five and seven per cent of the seats in the parliament. Together, the presidential frontrunners from the revolutionary camp and the proponents of a secular state were able to amass 39 per cent of the vote in the first round – even though none of them had been a known quantity before the campaign.

What can we conclude from this? The secular camp and the revolutionaries were indeed successful in the presidential election. In the end, their candidates were only eliminated because the votes were distributed among more than one candidate. The elected president, Mohammed Mursi, is now anxious to put representatives of the revolutionary movement and secular figures in executive positions in his government. He wants to appease the public because, although the secular forces are inadequately represented following the poll, they still enjoy the support of the people.

A third force is needed; one that is able to unite Egyptians behind it in order to build a modern, democratic, secular and social state. Whether or not that will work depends on the extent to which the revolutionary groups are able to make a concerted effort to get organized and run future election campaigns successfully. Many new political parties, youth movements and democratic forces have by now recognized this necessity. A new movement is taking shape, and its slogan is "the third force". The name says it all.

Ziyad al-Alimi is a leading member of the Revolution's Youth Coalition. Born in 1980, he works as a lawyer and is dedicated, among other things, to ensuring that human rights are respected. He was a member of the Egyptian Parliament until its dissolution in June 2012, representing the Social Democratic Party of Egypt.

They’ve already got the Louvre; they’ll soon have a Guggenheim Museum as well – and now the Emirates have added literature to their quest for cultural supremacy in the Arab world ... END_OF_DOCUMENT_TOKEN_TO_BE_REPLACED

Years in the making, Sisi's elite New Administrative Capital will isolate most Egyptians from their centres of government in an effort to fortify the regime against any social ... END_OF_DOCUMENT_TOKEN_TO_BE_REPLACED

Professor Timothy Brennan's "Places of Mind: A Life of Edward Said" is a detailed biography of one of the most important intellectuals of the twentieth century, taking us on a ... END_OF_DOCUMENT_TOKEN_TO_BE_REPLACED

China has long portrayed itself as a strong supporter of the Palestinian cause. It has also claimed that in sharp contrast to the stance of the USA, its position is based on ... END_OF_DOCUMENT_TOKEN_TO_BE_REPLACED

Recep Tayyip Erdogan, disappointed by the European Union’s reluctance to integrate Turkey into its ranks, has re-directed his country’s diplomacy toward the Maghreb and Africa to ... END_OF_DOCUMENT_TOKEN_TO_BE_REPLACED

END_OF_DOCUMENT_TOKEN_TO_BE_REPLACED
Social media
and networks
Subscribe to our
newsletter