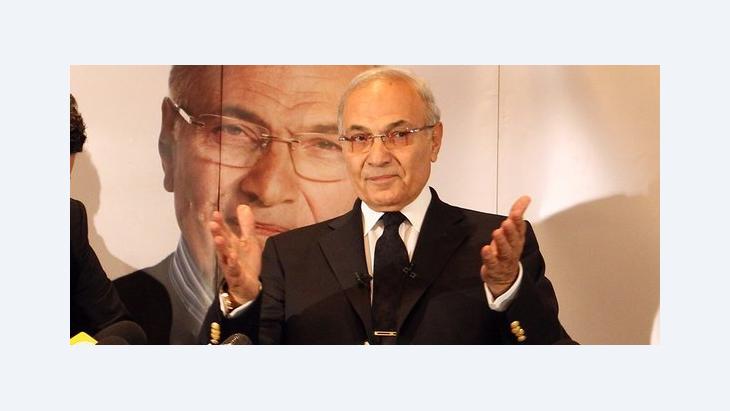 Egypt after the Presidential Election

The Military Hands over Power ... to Itself

For most people in Egypt, it was at best unlikely that the Supreme Council of the Armed Forces would ever voluntarily cede power to a civilian president after the election. Nevertheless, few would have predicted the latest twist in the plot of Egypt's ongoing electoral drama. A commentary by Karim El-Gawhary

Who will be the next president of Egypt? It really makes no difference. An independent Egyptian daily newspaper neatly sums up the military coup in an apt headline: "The Military Hands over Power ... to the Military".

No sooner had the polling stations closed and the counting of votes begun than the military began to erode the powers of the democratically elected president of Egypt. "Interim constitution" is how the military refers to the document that gives it sweeping powers at the expense of the president, nominally the highest office in the land.

Hardly anyone in Egypt really believed that the Supreme Council of the Armed Forces would actually hand over power to a civilian president after the election as it said it would. But what is happening now is far worse than anyone expected.

Last week, the army secured itself the right to arrest civilians. The very next day, parliament was dissolved by the Constitutional Court. This means that the country's entire legislative power is in the hands of – who would have guessed – the military. 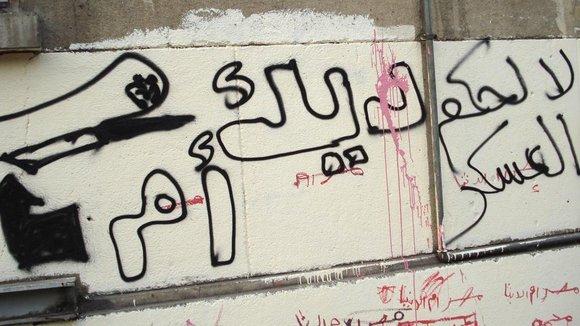 "No to military rule": a recently issued declaration gives the Supreme Council of the Armed Forces in Egypt legislative authority until such time as a new parliament is elected; the military will also have the power to set up a commission to draw up a draft constitution

​​And with the declaration that established the interim constitution, the generals have finally had their right to have a say in the writing of the country's future constitution rubber-stamped. They are untouchable.

In short: the military is an untouchable, opaque institution that no one can hold to account. It writes the Egyptian constitution and can now also add its own laws that give it the right to arrest anyone who protests against it. One democratic institution, the parliament, has been dissolved; another, the office of the president, has been eroded. What remains is a supreme military council that pulls all the strings.

After the Arab Spring, the "Turkish model" was a phrase on everyone's lips. It was a reference to the Islamists, who are involved in the democratic process for the first time. Now the talk is of a very different kind of "Turkish model": a military model that refuses to loosen its grip on the reigns of power, holding fast for decades.

Two refugees detained in Egypt are facing deportation to Eritrea. The expulsion of the Eritreans, who have been incarcerated in Cairo for more than eight years, has been halted ... END_OF_DOCUMENT_TOKEN_TO_BE_REPLACED

International relations are shifting across the Middle East as regional powers adapt to America's retrenchment and China's growing influence. Although the region could become the ... END_OF_DOCUMENT_TOKEN_TO_BE_REPLACED

Germany's foreign policy is explicitly values-based. But what happens, Ralf Bosen asks, when democracy, the rule of law and human rights collide with the logic of trade and ... END_OF_DOCUMENT_TOKEN_TO_BE_REPLACED

Egyptian author Nadia Wassef talks about opening the first independent bookstore in her home country; and her latest book in which she celebrates books and booksellers. By Manasi ... END_OF_DOCUMENT_TOKEN_TO_BE_REPLACED

"The people aren’t ready for democracy" has been the constitutional basis for Arab tyranny, its favourite slogan and its sacred narrative for more than a century. Yet, asks Khaled ... END_OF_DOCUMENT_TOKEN_TO_BE_REPLACED

END_OF_DOCUMENT_TOKEN_TO_BE_REPLACED
Social media
and networks
Subscribe to our
newsletter