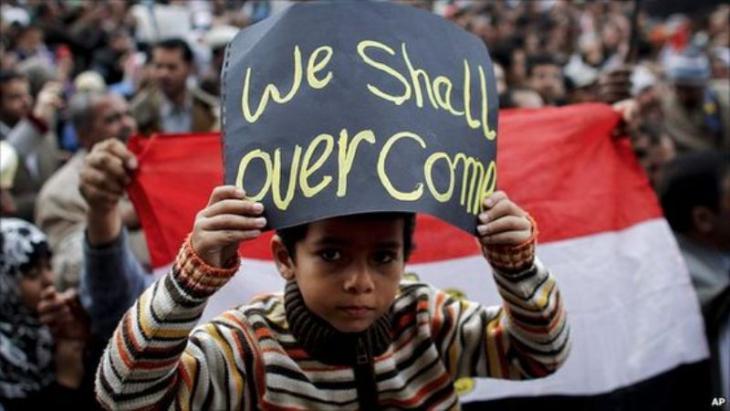 In the Arab world, even the smallest acts of resistance can give a sense of self-worth, encouraging a long-demoralised people to feel that change, after all, is possible. By Nael Shama

Long before the term was coined, Egyptians had been very proud of their country′s ″soft power″ – and rightly so. In the Arab world, Egypt is the most populous country and it has the most potent army, a pivotal location and an influential intelligentsia.

If Cairo sneezed, it was commonly said, the whole region would catch a cold. There could be no Arab war against Israel without Egypt, as former Secretary of State Henry Kissinger said. Indeed, Egypt was the trendsetter of the region, paving the way for war and peace negotiations with Israel in the 1950s and 1970s, respectively.

Furthermore, the manifestations of Egypt′s cultural influence are ubiquitous. Unlike other Arab dialects, colloquial Egyptian is widely understood and quite popular. The presence of Egypt′s arts – music, film and television series – can be seen in almost every corner of the region.

It is common to hear the songs of the iconic Egyptian singer Oum Kalthoum in the streets of Fez, the souks of Muscat, or the nightclubs of Beirut. And for a long time, Egypt was the birthplace of ideas, the source of knowledge and the propagator of ideologies; ″Cairo writes, Beirut publishes, Baghdad reads,″ goes the classic adage.

However, unrivalled in the Arab world as it was, Egypt′s soft power – its political pre-eminence and cultural appeal – has worn thin in the past few decades. Politically, Egypt lost much of its appeal in the late 1970s when it defected from the anti-Israel camp. In tandem, politics in the Arab world shifted from the hotbeds of ′thawra′ to the bases of ′tharwa′, from revolution to wealth. In the decades that followed, moreover, Egypt seemed to be less ambitious and more uncertain of itself.

A population boom, shrinking resources and economic mismanagement have led to protracted socio-economic crises and the proliferation of poverty. Egypt is now too weighed down by its own troubles to be able to radiate significant influence among its neighbours. 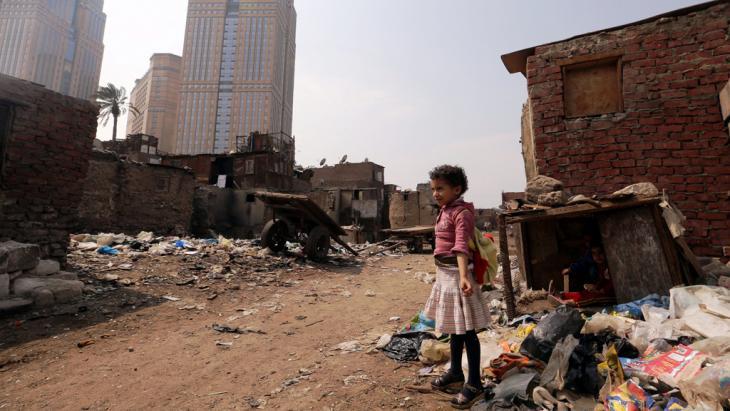 A country in decline: "Egypt is in a state of misery that begets sympathy. Furthermore, there′s the grip of an authoritarian regime that has lost touch with the world and a fatigued economy that is unable to feed the citizens of the country,″ writes Nael Shama

The images of Egypt that come to the minds of fellow Arabs today are that of an exploding population hemmed in by scores of constraints; cities that are impoverished and overcrowded; a society that is nearly falling apart from pressing social, economic and religious divisions; and a state of misery that begets sympathy. Furthermore, there′s the grip of an authoritarian regime that has lost touch with the world and a fatigued economy that is unable to feed the citizens of the country.

The winds of change have simultaneously been blowing in the region as a new order unfolded in the aftermath of the oil boom of the 1970s. The Arabs of the Gulf states, who had traditionally been in Egypt′s shadow, have changed massively. Great windfall gains transformed them from simple Bedouins who lived by tending camels and sheep to entrepreneurs promoting ideas and investors building skyscrapers. The paths these states have taken have elicited admiration and their success stories have stolen the attention from poverty-stricken Egypt.

The luck of the Gulf Arabs

Dubai has become a trade and entertainment centre and a symbol of modernity to be emulated. Qatar will be the first Arab country to host the football World Cup, scheduled to take place in 2022. Last February, the UAE has appointed its first minister of happiness, a step taken ″to create social good and satisfaction.″

In contrast, Egyptians complain more than anything else. The country′s confidence is shaken, its spirits are low and its pride is wounded. For Egyptians, the notion of happiness is so distant, so unreal. At best, it is a far-fetched dream; at worst, an impossibility. Indeed, in the face of life′s great hardships, most Egyptians only ask for el-satr, protection and sufficiency.

Moncef Marzouki was Tunisia's first democratically elected president after the fall of dictator Ben Ali. Today he is the most prominent critic of increasingly counter- ... END_OF_DOCUMENT_TOKEN_TO_BE_REPLACED

Asef Bayat, professor of Sociology at the University of Illinois, Urbana-Champaign, has been studying revolutions and how they affect people since 1979. In his recent book, " ... END_OF_DOCUMENT_TOKEN_TO_BE_REPLACED

Every year in December, the team at Qantara.de takes a look back at the articles that proved most popular with our readers. This year is no different. Here is a run-down of the ... END_OF_DOCUMENT_TOKEN_TO_BE_REPLACED

In this new bilingual edition, translated by Humphrey Davies, al-Jawbari, one of the thirteenth century's leading experts in skullduggery reveals all there is to know about the ... END_OF_DOCUMENT_TOKEN_TO_BE_REPLACED

Moroccan sociologist Fatima Sadiqi believes that women's movements in North Africa have changed over the past ten years. Today, women from all social classes are fighting together ... END_OF_DOCUMENT_TOKEN_TO_BE_REPLACED

Ankara is seeking to improve its relations with several states in the Middle East – such as the United Arab Emirates, Egypt and Israel. There are several reasons for this. ... END_OF_DOCUMENT_TOKEN_TO_BE_REPLACED
Author:
Nael Shama
Date:
Mail:
Send via mail

END_OF_DOCUMENT_TOKEN_TO_BE_REPLACED
Social media
and networks
Subscribe to our
newsletter