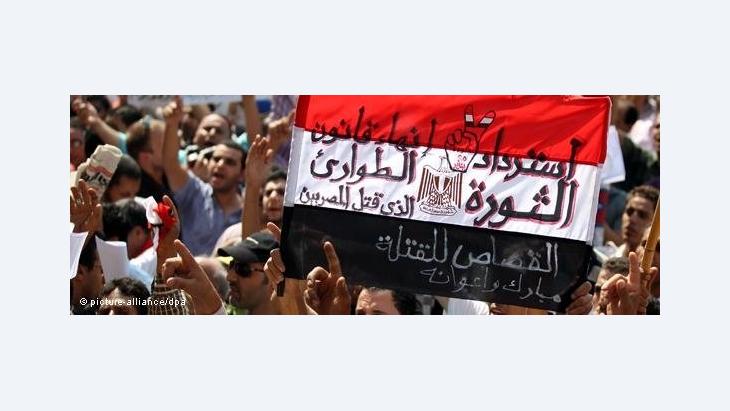 ﻿Although Egypt's first free election is due to take place in two months' time, the country still does not have an electoral law. The reason is quite straightforward: the military wants to shape the way the electorate votes. Rainer Hermann reports

Since the 1950s, there has been a regulation in Egypt that requires half of all members of the Egyptian parliament to be "workers and farmers". This regulation will also apply to the result of Egypt's first free elections, which are due to take place on 28 November.

In the past, Egypt's parliamentary farmers were a very special breed indeed, and if the military, which has been ruling the country since Mubarak was ousted, has its way, they will remain so. After all, according to Amr Musa, Egypt's former foreign minister and secretary-general of the Arab League, 90 per cent of these farmers were retired army officers. 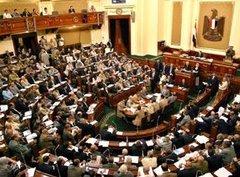 Article 5 of the Egyptian Constitution states that one third of parliamentary seats must be reserved for independent candidates; critics fear that this will allow politicians from the Mubarak era to return to parliament

​​Although the election is only two months away, Egypt does not yet have an electoral law. The Supreme Military Council has already had three versions of a law drafted, and they all had to be withdrawn in the face of public pressure. Every single draft reflects the fact that the generals are striving to exert the greatest possible influence on the composition of the parliament.

For the first draft, the military quite simply adopted Mubarak's old electoral law. In accordance with this law, all members of parliament were elected as individuals (even though they indicated the party to which they belonged). The military claims that this system ensures direct contact between members and their voters.

But anyone not in uniform was up in arms about this first draft because it was clear to one and all that this law would open the floodgates to manipulation. It would mean that local notabilities with money, who had been part of the Mubarak system, would be elected to parliament.

Ever since, the dispute has focussed on the so-called "independent members of parliament" who would not have to be elected via party lists. In the second draft law tabled by the military, these independent members would account for half of all MPs; in the third draft, this was reduced to one third. Independent candidates are an important tool for the military for several reasons.

Firstly, they prevent the emergence of a clear majority that could pose a threat to its power, which is why the draft law contains a passage that states that any member of parliament who is elected as an independent candidate and subsequently joins a parliamentary party automatically forfeits his or her mandate. Secondly, the military fears that politics will be defined by world views and political programmes. Thirdly, the military needs a legal lever that will allow it to shunt its people into parliament. 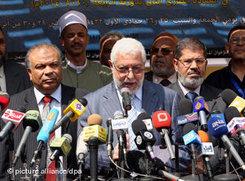 Secret cooperation behind the scenes: following years in the political doldrums, the Muslim Brotherhood ("Ikhwan al-Muslimun"), which was is now no longer banned in Egypt, is enjoying its promotion to unofficial junior partner of the military

​​The secular parties, on the other hand, completely reject these "independent candidates" because they expect that such a system would allow major local figures who belonged to the now banned state party to return to the political arena.

The Islamists, on the other hand, are in favour of the most recent proposal regarding the distribution of seats in parliament. Because it is well organised and popular, the Muslim Brotherhood is confident that it will become the largest parliamentary party on the basis of party lists. At the same time, it is also confident that many men from the movement will also be elected to parliament as independent candidates.

In this constellation, the informal cooperation between the Military Council and the Muslim Brotherhood is apparent. The generals consider the Islamists to be attractive partners. On the one hand, the Islamists are legally vulnerable because their party could be banned at any time because of its roots in political Islam. On the other, the Muslim Brotherhood is enormously popular, a popularity that it has mobilised on more than one occasion in favour of the military council and its policies, the only social movement to have done so.

For its part, the Muslim Brotherhood, which was banned for so long, is now enjoying its promotion to unofficial junior partner of the generals. It now wants to prove to the generals that it is no longer a threat to the state order. Once in parliament, the brotherhood must show that it is ready to assume legislative responsibility.

Quite apart from an electoral law, Egypt also lacks the infrastructure necessary for the election, in which 44 million Egyptians are supposed to be able to take part.

But perhaps – and this is an assumption shared by many in Egypt – these uncertainties are all part of the military's plan. The more the election campaign and the election are overshadowed by uncertainties and the more vague the laws are, the more likely it is that candidates can legally challenge the results. This would give the military the opportunity to correct an undesirable result after the election.

It will be the parliament that will appoint the members of the constitutional assembly. Moreover, it is likely that a new Egyptian president will be elected in February. Here too, however, the electoral procedure is still unclear. Until such time as parliament and president are elected, the Military Council governs as it sees fit. 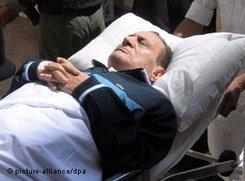 Settling old scores: in recent years, the gulf between the aging former president and the army grew as a result of Mubarak's obvious support for his son Gamal and his neglect of the officers' economic interests

​​Its record so far has been frightening. Since February, over 12,000 young activists have been hauled up before military courts, which have sentenced many of them in fast-track proceedings. The law does not give them any chance to appeal their sentences.

Following the storming of the Israeli embassy on 9 September, the military reintroduced an even tougher version of the state of emergency that was in place under Mubarak. This state of emergency can also be applied to counter the "spread of false information", which leads to an intimidation of the press, which is now no longer free.

The generals are allowing the government to take action against non-governmental organisations on the pretext that the NGOs are being funded from abroad. Yet the security forces are taking no action against the groups of thugs (a relic of the Mubarak era), despite the fact that their members are known by name – and not just since the storming of the Israeli embassy either. At the same time, more retired generals than ever before have been made governors of the country's regions.

To balance this out, the generals are showing the court case against the toppled president Mubarak, which most Egyptians are following with relish. At the same time, it is becoming patently obvious that the military is using the humiliating exhibition of the old man as a means of settling an old score of its own.

Obviously a growing gulf had opened up between the officers' caste and Mubarak in recent years because the president had seriously disregarded the officers' economic interests by tolerating a new class of capitalist entrepreneurs among his son Gamal's acquaintances. He had also thrown down the gauntlet to them by trying to groom Gamal as his successor.

The mass protests in February gave the generals the unexpected opportunity they needed to rid themselves of the entire family, to accuse its protégés of corruption, and to re-establish their lost grip on power.

But all of this is certainly not without its risks for the military. For a long time, Defence Minister Hussein Tantawi, who also is head of the Military Council, claimed – as if butter wouldn't melt in his mouth – that he had known nothing of any Mubarak order to shoot at demonstrators. Recently, however, during a non-public court hearing, he said that he had not wanted to carry out that very same order.

Egyptians have watched the recording of this statement on YouTube over and over again and no longer want to believe anything Tantawi says. This being the case, it is impossible to say what the outcome of the tug-of-war between the Military Council and those who want a new Egypt will be.

Home
Print
Newsletter
More on this topic
Egypt in Transition: A Little Fear, a Lot of WorryDemocracy and Rule of Law in Egypt: Momentum towards a ''Revolution of Reason''
Related Topics
Arab Spring, Arabellion, Democracy and civil society, Egypt Revolution 2011, Egypt's army, Muslim Brotherhood
All Topics

Political analyst Taqadum al-Khatib argues that Egypt can, in co-ordination with its European partners, develop a common vision to solve the complex conflict in Libya. For this to ... END_OF_DOCUMENT_TOKEN_TO_BE_REPLACED

The upheavals of the past year in the MENA region are arguably as momentous as those of the Arab Spring in 2011. Yet perhaps the biggest difference is that our interest seems to ... END_OF_DOCUMENT_TOKEN_TO_BE_REPLACED

In 2019, the long-running Penguin Classics series released its first novel translated from Arabic: Tawfiq al-Hakim’s "Return of the Spirit", conveyed into English by William ... END_OF_DOCUMENT_TOKEN_TO_BE_REPLACED

Equality in divorce, a ban on polygamy: reformers of Islamic family law have a clear agenda. They are exploiting the ambiguity of traditional jurisprudence. By Joseph Croitoru END_OF_DOCUMENT_TOKEN_TO_BE_REPLACED