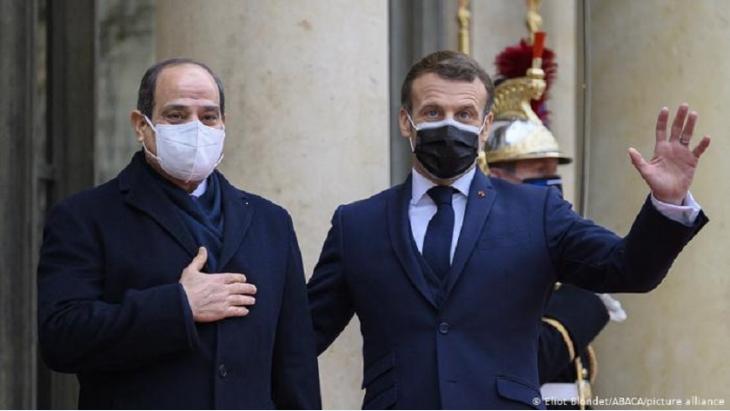 Egypt's economic strategy of heavy borrowing implicates international actors in regime repression and increased social deprivation of the lower and middle classes, effectively fuelling instability and violent extremism – not only at home, but also potentially across the Middle East. An analysis by Maged Mandour

President Sisi's regime pursues a consistent policy of entrenching itself in the global financial system to align its own stability with the economic interests of international organisations, Western states, and private companies. Even though the regime markets itself internationally as a bulwark against terrorism and illegal migration flows, this narrative often overshadows an underlying economic strategy. Its policy of heavy borrowing guarantees that any emerging demands for democratisation will clash with international interests.

The Egyptian government's approach to ensconcing itself in the global financial system is threefold. First, there is increased reliance on external loans to finance government operations and mega infrastructure projects. This includes an upsurge of short-term government bonds and T-bills, or "hot money". Second, the increase in arms deals since 2014 has made the regime the third largest global arms importer between 2015 and 2019. Finally, the elevated level of foreign direct investment (FDI) in Egypt’s oil and gas sector has tied long-term Western investment to the stability of the regime.

Biden says he will stop Trump's coddling of dictators. A good place to start is Egypt's ruthlessly repressive President Sisi. Stop selling (and subsidizing) arms. Stop pretending that "engagement" is doing anything but bolstering his dictatorship. https://t.co/QLXRQV77VY pic.twitter.com/bb24VOLKP8

You may also like: Joe Biden and the Middle East – bid farewell to Trumpism

These factors provide a basis for international reliance on the regime due to financial interests. They also provide direct incentives for international complicity in repression and create hurdles to democratisation. Ultimately, this economic strategy exacerbates long-term challenges with detrimentally destabilising effects. When international capital flows are used to finance the military’s dominance of the Egyptian economy, they allow the security apparatus to tighten its grip on the state.

Egypt heavily relies on debt to create financial dependencies between the regime and international actors. The regime has embarked on a borrowing spree that increased external debt as a percentage of debt GDP from 14.67 percent in 2012 to 31.7 percent  by the first quarter of 2020, reaching $111.3 billion.

This explosion in debt was also accompanied by exponential growth in the level of foreign holdings of short-term Egyptian treasury instruments, which increased from $60 million in mid-2016 to $20 billion in October 2019. The regime was able to attract this influx of short-term capital by offering one of the highest interest rates in emerging markets, with a rate of return hovering around 13 percent as of July 2020.

This earned Egypt the reputation of the "darling of emerging markets", and was reflected in the level of investor demand for a $5 billion Eurobond issuance. The largest in Egyptian history, the bond was 4.4 times oversubscribed, signalling investor confidence in the regime’s stability.

Heavy borrowing has a number of grievous consequences for Egypt and the international community. First, it entrenches the regime in the global financial system, as its ability to pay back its debt depends on the regime’s survival. This insulates the regime from international pressure to moderate its repression.

Unrest in Egypt will directly affect government revenues as the regime’s ability to collect taxes diminishes, in addition to its ability to roll-over its debt – increasing the chances of default. Second, it implicates the regime’s international creditors in its appropriation of public funds for the enrichment of military elites through mega-infrastructure projects. These projects are both directly and indirectly bankrolled by international financial funders (including regional allies and international organisations like the IMF).

Sisi’s mismanagement has plunged the country into crisis. Both political and economic reform is needed to save it, writes Abdelrahman Mansour END_OF_DOCUMENT_TOKEN_TO_BE_REPLACED

The devaluation of the Egyptian pound combined with rising food prices is taking its toll on Egypt. More and more people are slipping into poverty. Karim El-Gawhary reports from ... END_OF_DOCUMENT_TOKEN_TO_BE_REPLACED

Egyptian Sufis have been on the defensive against the country's Islamists for decades. Meanwhile, interest in mysticism is growing among the young members of Cairo’s middle and ... END_OF_DOCUMENT_TOKEN_TO_BE_REPLACED

Abortions are illegal in Egypt unless they are necessary to save a married woman's life. But that doesn't stop local women from having one. Egyptian society needs to acknowledge ... END_OF_DOCUMENT_TOKEN_TO_BE_REPLACED

Food prices doubled, salaries halved, banks restricting withdrawals: Egyptians now have the same problems as the Lebanese. But if things get worse here, the fallout will be far ... END_OF_DOCUMENT_TOKEN_TO_BE_REPLACED

END_OF_DOCUMENT_TOKEN_TO_BE_REPLACED
Social media
and networks
Subscribe to our
newsletter