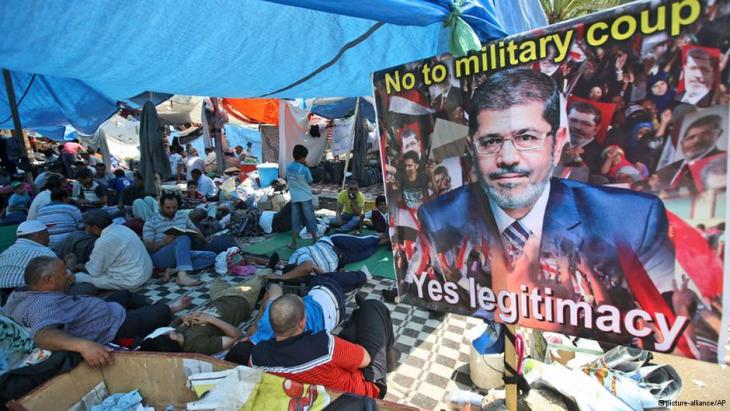 In the run-up to the deposition of President Mohammed Morsi, the Egyptian military portrayed the Muslim Brotherhood as a sinister, overpowering threat. In doing so, they whipped many Egyptians into a frenzy of agitation, spite and a hunger for revenge. In this highly charged atmosphere, very few have noticed the breathtaking re-interpretation of everything the revolution stood for. A commentary by Jürgen Stryjak

It is almost inconceivable that the leaders of the Muslim Brotherhood still believe that they will really be able to reinstate their toppled president, Mohammed Morsi. With the ousting of the president three and a half weeks ago and in the intervening period, the status quo has become so real and so entrenched that you would have to be suffering from pathological delusion not to understand that there is no going back.

Were the Brotherhood to think of its medium-term future, it would devote all its efforts to not throwing away any more of its compatriots' support. But instead, the Brotherhoods' preachers and agitators continue to whip up the furious atmosphere in their supporters' protest camps. A steady stream of new measures is being thought up. These measures ensure that the Brotherhood fits into the "civil disobedience" mould. However, these measures are also nothing more than senseless provocations with tragic consequences.

In response to these provocations, bands of thugs or members of the security forces (or both at once) strike back, and blood is shed. It is worth noting that the only ones to lose their lives so far have been members of the Muslim Brotherhood's rank and file; meanwhile, their leaders continue to cultivate their role as victim with a growing degree of cynicism.

Martyr photos for its propaganda machine 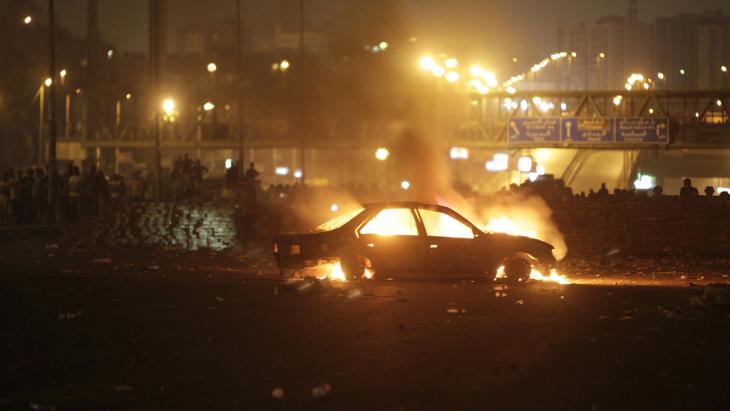 Shoot-to-kill and not self-defence? After the massacre of Morsi supporters on 27 July, the human rights organisation Human Rights Watch issued a statement saying that about 80 per cent of the victims had been killed by bullets to the head or chest

In the early hours of Saturday, 27 July, at least 80 Morsi supporters were killed near their protest camp in Cairo by members of the security forces and plain-clothes gunmen. After the bloodbath, the human rights organisation Human Rights Watch declared that about 80 per cent of the victims had been killed by bullets to the head and chest.

On that day, police officers in uniform were seen targeting Morsi supporters without ever seeking cover for themselves. It was painfully obvious that they did not fear a return of fire. Human Rights Watch writes that it is inconceivable that so many could have died without the intention to kill.

Although the gunmen and their commanding officers are to blame, the Muslim Brotherhood must ask itself what responsibility it bears for the senseless, deadly escalation that has taken place and that serves no other purpose than to generate martyr photos for its propaganda machine.

It is very strange that no one in the leadership of the Muslim Brotherhood seems to be asking themselves whether the brotherhood has not accepted a little too readily a role that has been handed to it on a plate.

No democratic new beginning after Morsi 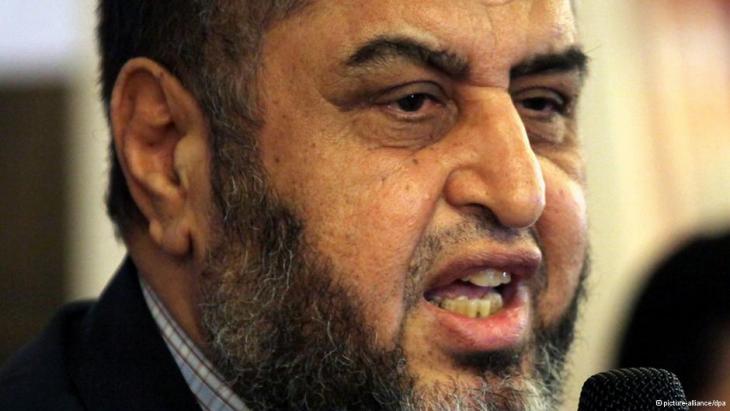 "The Muslim Brotherhood must ask itself what responsibility it bears for the senseless, deadly escalation that has taken place and that serves no other purpose than to generate martyr photos for its propaganda machine," writes Jürgen Stryjak

At the end of June, millions of Egyptians felt they had to slam on the emergency brakes. They wanted to rid themselves of the Muslim Brotherhood regime because they – quite rightly, as far as I am concerned – were afraid that they would not be able to vote them out of office in the next election in a few years time. The army took the part of the people and deposed Morsi. But do the army and the people really have the same interests?

What happened after Morsi's deposition can hardly be described as a democratic new beginning or the subsequent correction of the revolution. The military portrayed the Muslim Brotherhood as a sinister, overpowering threat – just like they used to do in the days of Hosni Mubarak. Now, the Egyptian media that toe the military line – which is almost all of them at the present time – only ever refer to supporters of the Muslim Brotherhood as "terrorists". The military has whipped up large parts of the population into a frenzy of agitation, spite and a hunger for revenge.

In this chaotic, chauvinistic atmosphere, very few people have noticed that these events have heralded the start of a breathtaking re-interpretation of everything the revolution stood for. The generals are now casting themselves in the role of senior revolutionaries. All of the institutions that were so recently considered bastions of the Mubarak regime – the police, the judiciary, the economic elite, the state-run media and private television channels (the most influential of which are owned by business people who became rich under Mubarak) – are all being washed clean in the wake of the military.

All of these bastions survived unscathed the two-and-a-half years that have passed since the revolution – some of them in secret. Now they are back working at full steam.

Just hours after the bloodbath of 27 July, Interior Minister Mohammed Ibrahim, who was responsible for Egypt's prisons in the Mubarak era, announced that all departments in the State Security Service that had been dissolved after the revolution were now back working again. A day later, Tamarod, the civic movement that is allied to the military and organised the million-strong anti-Morsi protests of 30 June, warned that the infamous state security apparatus was up and running again. Heba Morayef of Human Rights Watch is convinced that it was all a ruse and that the State Security Service in Egypt was never really abolished in 2011 at all.

"Either for us or against us" 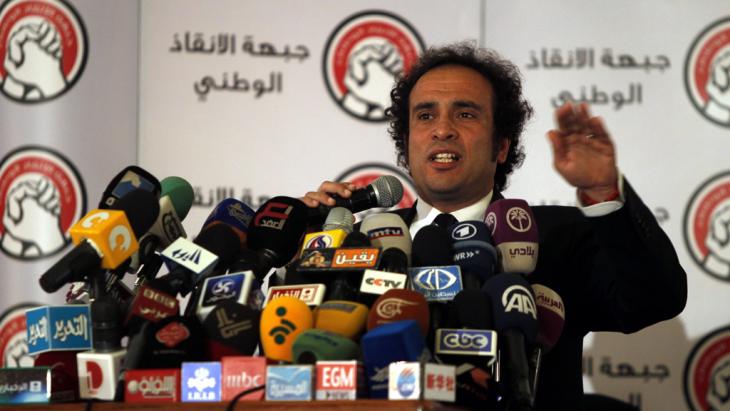 When the liberal politician Amr Hamzawy described the atmosphere in Egypt as fascistoid, he was subjected to a tirade of spiteful abuse

With all due criticism of the repressive intentions behind it, the anti-Muslim Brotherhood atmosphere in Egypt is reminiscent of the atmosphere in the US while George W. Bush was in office. Then, the motto of the Bush administration was: "you're either for us or against us". Criticism, scepticism and different nuances of opinion are considered unpatriotic.

For weeks now, the well-known Egyptian Liberal Amr Hamzawy has been describing the atmosphere in the country as fascistoid. He has also warned that parts of the current regime are using the impetus of recent events to reverse the Egyptian revolution of 2011.

For this and other reasons, Hamzawy is being branded a "traitor" and a "foreign agent". There is a real pogrom atmosphere in the country, and it is directed at politicians and activists who criticise Morsi and the military alike. Even Vice President Mohamed ElBaradei is being hounded because he has spoken out in favour of the Islamists staying in the country's political processes. Amr Hamzawy recently tweeted that at the moment, there are attempts to silence anyone who is calling for true democratisation.

The day on which the revolution began, 25 January 2011, was not just any old day; it was National Police Day. Of all the despotism that enraged Egyptians back then, it was the brutal despotism of the police that caused the most suffering. Yet in the summer of 2013, only two-and-a-half years later, demonstrators carried police officers on their shoulders around Tahrir Square, cheering them and singing their praises. One of the chants that day ran "the people, the military and the police hand in hand".

In order to be able to complete a U-turn as dramatic as this, the generals had to get the people to stand united against the epitome of evil. The Muslim Brotherhood was the ideal candidate for this role.

Recent efforts to rehabilitate Assad are setting a damaging precedent for accountability, just as the international community is expressing the need to hold Russia to account for ... END_OF_DOCUMENT_TOKEN_TO_BE_REPLACED

With reported hostilities against Israeli journalists and the flag of the Palestinian territories flying on the streets and in the stadiums, it is clear the World Cup in Qatar is ... END_OF_DOCUMENT_TOKEN_TO_BE_REPLACED

Past attempts to reconcile logic and belief within Islam tend to be dismissed today – not because they lack merit, but because they were politically defeated, argues Mustafa Akyol END_OF_DOCUMENT_TOKEN_TO_BE_REPLACED

When is it and when is it not acceptable to display a political banner at the World Cup in Qatar? The answer seems to depend largely on the political message, with fans ... END_OF_DOCUMENT_TOKEN_TO_BE_REPLACED

Nouara may be 65, but she is ready to join thousands of others who burn their ID and pay traffickers for the chance of a new life in Europe. Zineb Bettayeb reports END_OF_DOCUMENT_TOKEN_TO_BE_REPLACED

END_OF_DOCUMENT_TOKEN_TO_BE_REPLACED
Social media
and networks
Subscribe to our
newsletter