An expedition of Egyptian archaeologists has unearthed a 3,000-year-old "lost city" in present-day Luxor, a discovery that is being described as one of the most important finds in Egypt since Tutankhamen's tomb in 1922.

The ancient city dates to the era of the Eighteenth Dynasty's king Amenhotep III, who ruled the country from 1391 to 1353 BC, said prominent Egyptian archaeologist Zahi Hawass, who led the expedition. "Many foreign missions searched for this city and never found it," Hawass, a former antiquities affairs minister, said in an online statement on Thursday.

"The Egyptian expedition was surprised to discover the largest city ever found in Egypt," he added.

The city was the largest administrative and industrial settlement in the era of the Egyptian empire on the western bank of Luxor, in southern Egypt, according to Hawass. 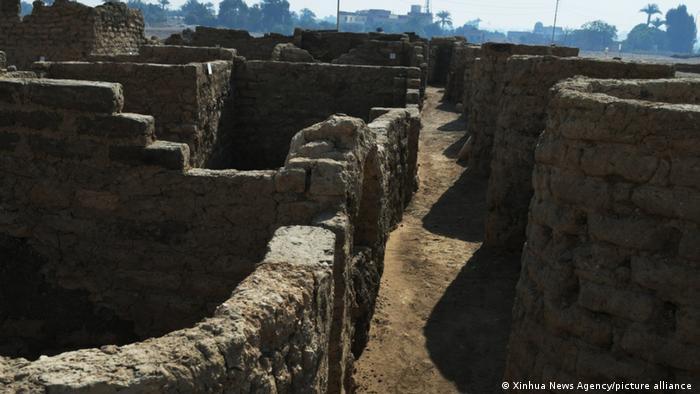 Archeologists discover "Lost Golden City of Luxor": the ancient city, reported to be the largest ever found in Egypt, dates back to the era of King Amenhotep III, who ruled the ancient kingdom from 1391 to 1353 BC

The statement quoted Betsy Brian, a professor of Egyptology at John Hopkins University in the United States, as saying: "The discovery of this lost city is the second most important archaeological discovery since the tomb of Tutankhamun."

Egypt has in recent years announced a string of archaeological discoveries in an attempt to revive its battered tourism industry, a main source of national income.

The industry has been hit by unrest since the 2011 uprising against long-time ruler Hosni Mubarak as well as the global pandemic. (dpa)

END_OF_DOCUMENT_TOKEN_TO_BE_REPLACED
Social media
and networks
Subscribe to our
newsletter