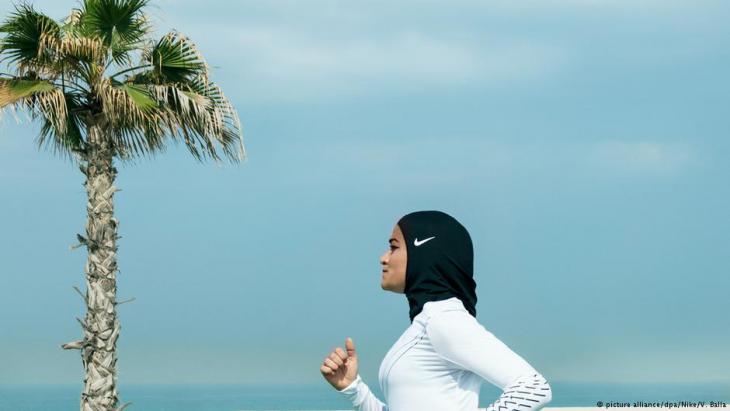 Egyptian athlete Manal Rostom made waves in 2015, appearing in a Nike advert wearing a hijab. Having run the Berlin Marathon in September she reveals what inspired her to insist that Nike feature Muslim women in its campaigns. By Elizabeth Shoo and Keith Walker

Last month Manal Rostom ran the Berlin Marathon wearing a hijab. Many Muslim girls admire her brassy approach when it comes to changing attitudes regarding the traditional Muslim head covering, while others have criticised her for advocating a piece of clothing considered oppressive.

Rostom objects to the idea that the hijab is an important garment. She describes wearing it as a "compulsory form of worship, but one that should not be forced upon any woman." Covering up, she said, is ultimately a choice for the individual woman and one she should not be judged for making.

"I don't think of it as whether it's important or not, I just see it as a woman who has chosen to look a certain way and is going about her life the way that she wants to, whether it's to run a marathon, or climb a mountain, or get a fancy job … it just shouldn't mean anything whether she does it with or without a hijab."

As a young girl growing up in both Kuwait and Egypt, Rostom regularly watched documentaries in which Arab women who cover their heads were portrayed as boring, uncool or uneducated. She didn't want to grow up with negative stereotypes, or be seen as uneducated. She became determined to change that perception.

"In 2014 in order to go against the current and fight society and stand up for ourselves, I set up a Facebook group which I named 'Surviving Hijab'," she said. "I know it sounds like an oxymoron, but what it means is a woman who wants to continue wearing the hijab, survive wearing it without all the stereotyping, oppression of society or all the boundaries that are placed on hijab-wearing women from society." 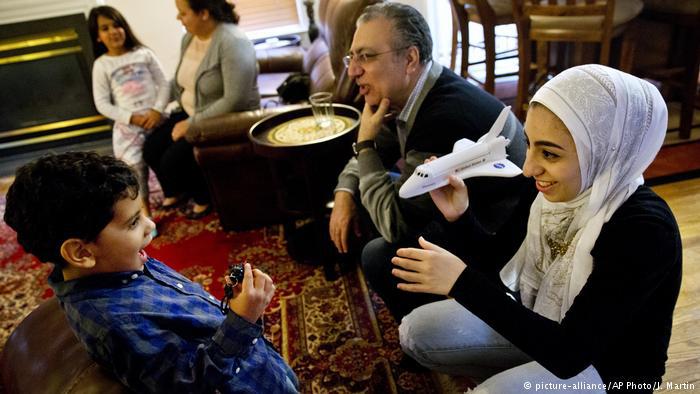 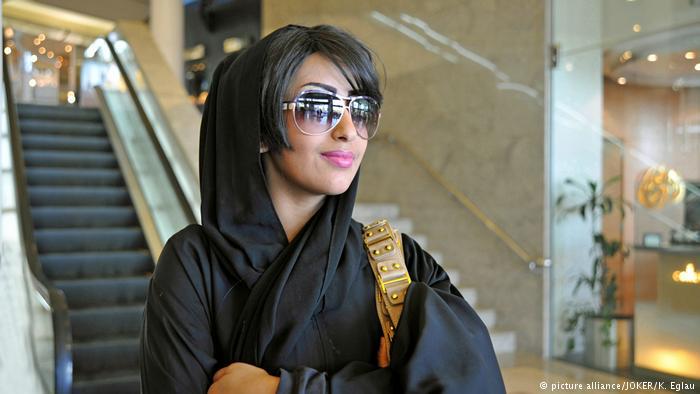 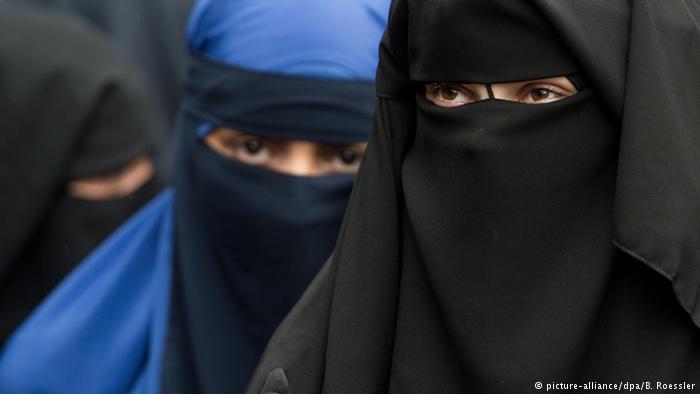 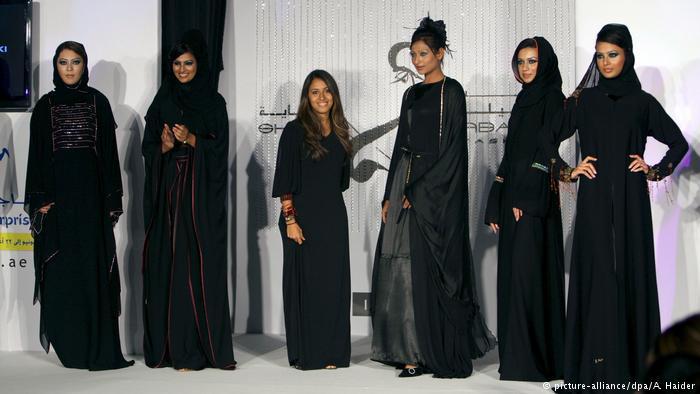 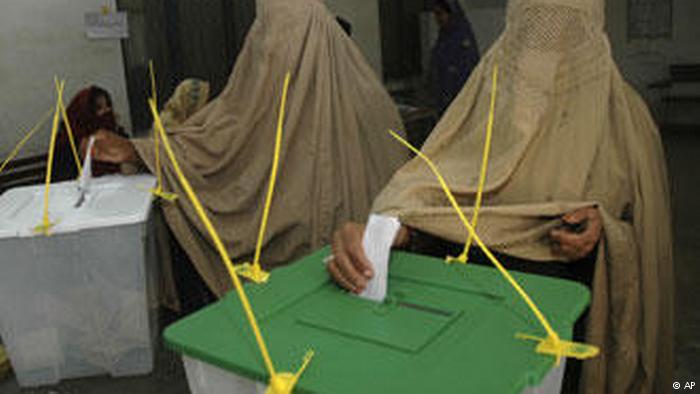 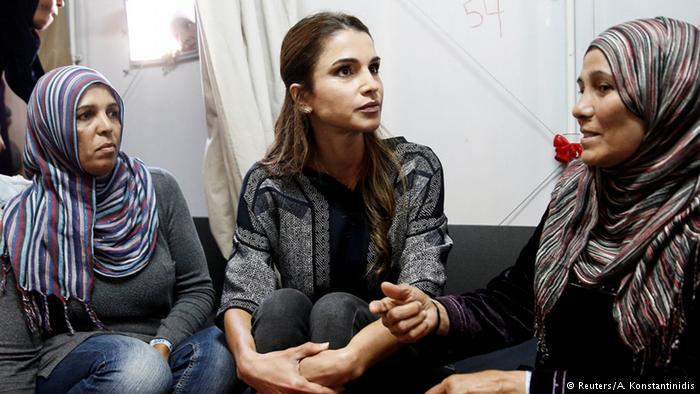 Rostom said the group expanded rapidly, attracting 40,000 women within a couple of months. She realised that she could "actually have a voice ... and reach out to a global company like Nike and ask them a simple question: why aren't you featuring Muslim hijabi women in your campaigns?"

Rostomʹs email was noticed by a Nike head coach in the Middle East who requested a meeting. And in 2015, Rostom became the first woman to be featured in a Nike Middle East campaign as a runner. "It inspired a conversation with them about why they aren't catering to female Muslim athletes who can continue to enjoy their sport with headgear that is tailored appropriately," she said. That led to Nike offering a performance head covering for Muslim women.

As momentum built and attitudes toward wearing the hijab in sport began to slowly change, Rostom was encouraged in 2017 when the world governing body for basketball lifted its ban on religious head-coverings. Previously, women who chose to wear the headscarf were banned from the sport.

"With Nike delivering something this powerful to the world, it sent a message: these women are accepted, they now have specific gear that they can show up to championships in. The International Basketball Federation lifted the ban on hijab-wearing athletes," she said. "I still get goose bumps every time I tell the story."

Turning the tables on the 'haters'

Referring to those who accuse Nike of supporting oppression, Rostom suggested turning the tables on the "haters."

"Society is actually promoting oppression by having these comments circulating," Rostom said. "Why does it bother them so much? I don't get it! First of all, they are not Muslim, they don't get the culture. A woman wants to cover her head. Why is it OK for a woman to run a marathon in hot pants and an exercise bra and it's not OK for a woman who wishes to cover up, because that's what she feels like … why is that not acceptable? Hijab is not the oppression, society is."

Home
Print
Newsletter
More on this topic
Rostom's "Surviving Hijab" Facebook pageInterview with Fereshta Ludin: "The decision for or against the headscarf is wholly a matter for the woman herself"Women's rights in Iran: Farewell compulsory veiling? Time to go with the flowQantara dossier: The Headscarf Controversy
Related Topics
Muslim women, Sport, The Headscarf Controversy, Women in the Islamic world
All Topics

The devaluation of the Egyptian pound combined with rising food prices is taking its toll on Egypt. More and more people are slipping into poverty. Karim El-Gawhary reports from ... END_OF_DOCUMENT_TOKEN_TO_BE_REPLACED

Egyptian Sufis have been on the defensive against the country's Islamists for decades. Meanwhile, interest in mysticism is growing among the young members of Cairo’s middle and ... END_OF_DOCUMENT_TOKEN_TO_BE_REPLACED

Abortions are illegal in Egypt unless they are necessary to save a married woman's life. But that doesn't stop local women from having one. Egyptian society needs to acknowledge ... END_OF_DOCUMENT_TOKEN_TO_BE_REPLACED

Food prices doubled, salaries halved, banks restricting withdrawals: Egyptians now have the same problems as the Lebanese. But if things get worse here, the fallout will be far ... END_OF_DOCUMENT_TOKEN_TO_BE_REPLACED

Giessen, Eichsfeld, Kusel, Berlin – cars bearing old German number plates are the latest trend on the streets of Cairo. Many Egyptians regard the discarded plates as chic. What ... END_OF_DOCUMENT_TOKEN_TO_BE_REPLACED

END_OF_DOCUMENT_TOKEN_TO_BE_REPLACED
Social media
and networks
Subscribe to our
newsletter