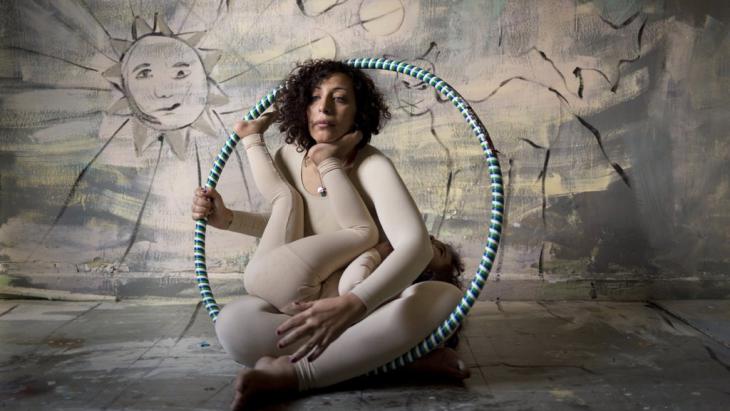 Heba Khalifa is an Egyptian photographer and fine artist. Her current project "Homemade" is supported by the Arab Fund for Arts and Culture and the Magnum Foundation. Islam Anwar interviewed the artist in Cairo

The project consists of 20 photographs, each telling the story of one of the women taking part in the project, dealing with their relationship to their bodies, their homes and their childhoods and with their view of themselves and society. Through these stories, Heba Khalifa raises a number of important and otherwise taboo questions – about our relationships with our own bodies, problematic child-raising and its consequences, the right to decide for oneself and gain experiences, the distinction between women and men, how women are treated as second-class citizens, the significance of aesthetics and the role of art in people’s lives.

Where did you get the idea for the project and why exactly did you choose the title “Homemade”?

Heba Khalifa: The idea for the project came through my membership of a closed group on Facebook. A lot of girls and women in the group were speaking about their problems, fears and dreams… Talking and discussing them and facing up to these things helped them to overcome them. And that’s where I got the idea for the project. It builds on the assumption that by confiding in others and talking, as well as by means of art, we can find the courage to face up to suffering. It also helps us to recognise where society is in a crisis that’s destroying us and, more importantly how we can confront and overcome that crisis.

Art’s power lies in granting us freedom and giving us hope. Initially I called the project "Curative", but I changed the title to "Homemade" because the photos were made in my home using materials, tools and resources from the homes of the women and girls who took part. The title also has a figurative meaning, because people’s bodies can also be understood as homes. Unfortunately, homes in our Arab societies are places of paternalism for young men and women, where there’s no space for freedom, experiences and mistakes, learning and discovery. I personally couldn’t have realised this project if I’d still been living in my mother’s home. 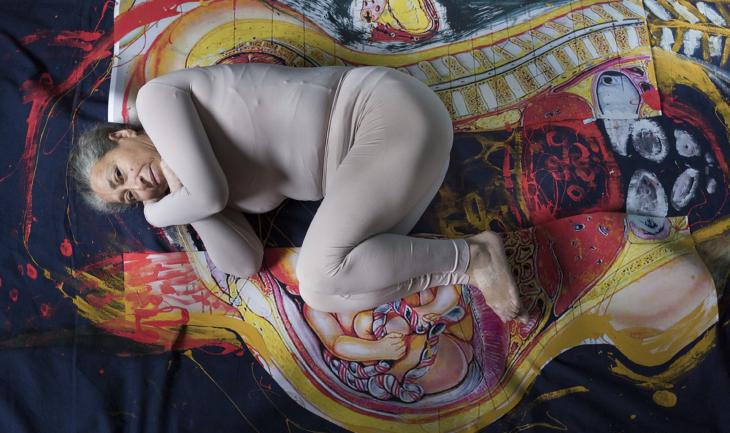 Uniform clothing intentional: ″the synthetic material worn by women in Egypt makes them feel like they’re locked inside a prison. That’s why this choice of clothing was the most suitable and at the same time the most symbolic, while expressing our relationship to our bodies,″ says Khalifa

In your work, you combine photography with fine art and literature. How do you make that connection and what phases does an image go through before the final version is completed?

Khalifa: I’m very interested in the relationship between fiction and reality. Photography is capable of transporting reality, while fine art lends photos a fantastic element. That’s why I use collage for the majority of my work, bringing together reality and fiction. For the "Homemade" project, I needed a short, expressive and beautifully written text for each photo, to lend expression to each participant’s story – because that’s what the project is about, about revealing oneself, telling stories and confronting the fears buried deep within.

Every picture goes through several phases. It starts with the choice of how to set up the room to suit each woman or girl, then the choice of photo angle and lighting, picture size, all the way through to the collage process and the drawings I add to a photo. There are always long conversations and considerations during the phases, thinking about how the final version of the picture ought to look. And there’s also a continual dialogue with the participants. Some of them don’t want their pictures to be displayed after the photo sessions, while others want to repeat the sessions in a different way.

Why did all the project participants wear the same clothing and what were the biggest problems you had while working on the project?

Khalifa: I used a type of clothing called "Carina" for the project. It’s made of sub-standard synthetic material worn by women in Egypt; it actually makes them feel like they’re locked inside a prison. That’s why this choice of clothing was the most suitable and at the same time the most symbolic, while expressing our relationship to our bodies. My biggest problem was the fear of descending into cliche and creating stereotypical images of women, which would have transformed the project into a banal lament or the broken scream of a hysterical woman. But then I also feared making the mistake of contributing to the commercialisation of the female body, presenting it as glamorously and as perfectly as the media that treat women like pieces of meat. Add to that the problems an exhibition involving women can cause in Egyptian society. Another problematic aspect was the long process of shooting the photos, which took over two years. I only had one day free a week to work on the project. I was under a lot of pressure.

On one hand, the pictures and stories reflect painful experiences, on the other hand most of them also testify to strength and hope. Where does the positive energy come from?

Khalifa: The project’s main objective is to open the closed doors and dark rooms inside ourselves and to face our concerns by talking about them, revealing ourselves, drawing and photographing. Because if we don’t confront our fears the pain continues and multiplies inside us. On the personal level, this project has been a very determining experience in my life. The conversations and openness with the participants set off a tidal wave of emotions and gave the project its own soul. The project is akin to an experience of healing and resolution through conversation, photography and art in general. It would never have been possible without the courageous women who took part, who were willing to talk about their feelings and overcome them. I’m proud to have worked with them.

Heba Khalifa is an Egyptian multimedia artist, photo journalist and painter. After graduating from the Faculty of Fine Arts in Cairo in 2000 with a bachelor’s degree in set design she studied at the High Institute of Art Critics. Heba Khalifa uses photography as an essential part of her artistic projects, documenting and representing women and gender issues.

Home
Print
Newsletter
More on this topic
Photography Biennale of the Contemporary Arab World: A feast for the eyesAzza Soliman, an Egyptian feminist at risk: "What has Azza done?"Mona Eltahawy: "Why do you hate us so?": The Middle East needs a sexual revolution
Related Topics
Art, Gender, New media in the Muslim world, Photography, Visual arts, Women in the Islamic world
All Topics

Moncef Marzouki was Tunisia's first democratically elected president after the fall of dictator Ben Ali. Today he is the most prominent critic of increasingly counter- ... END_OF_DOCUMENT_TOKEN_TO_BE_REPLACED

Asef Bayat, professor of Sociology at the University of Illinois, Urbana-Champaign, has been studying revolutions and how they affect people since 1979. In his recent book, " ... END_OF_DOCUMENT_TOKEN_TO_BE_REPLACED

Every year in December, the team at Qantara.de takes a look back at the articles that proved most popular with our readers. This year is no different. Here is a run-down of the ... END_OF_DOCUMENT_TOKEN_TO_BE_REPLACED

In this new bilingual edition, translated by Humphrey Davies, al-Jawbari, one of the thirteenth century's leading experts in skullduggery reveals all there is to know about the ... END_OF_DOCUMENT_TOKEN_TO_BE_REPLACED

Moroccan sociologist Fatima Sadiqi believes that women's movements in North Africa have changed over the past ten years. Today, women from all social classes are fighting together ... END_OF_DOCUMENT_TOKEN_TO_BE_REPLACED

Ankara is seeking to improve its relations with several states in the Middle East – such as the United Arab Emirates, Egypt and Israel. There are several reasons for this. ... END_OF_DOCUMENT_TOKEN_TO_BE_REPLACED
Author:
Islam Anwar
Date:
Mail:
Send via mail

END_OF_DOCUMENT_TOKEN_TO_BE_REPLACED
Social media
and networks
Subscribe to our
newsletter