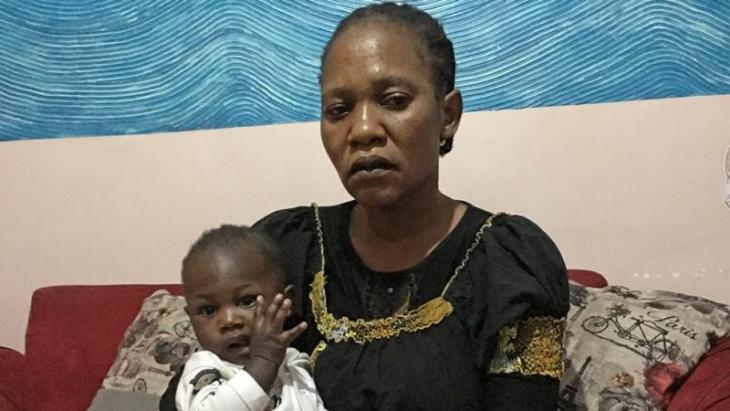 Egyptian society
Migrants – ever the foreigners?

People have come to Egypt over the centuries for many reasons. Fleeing war, injustice, or simply in search of a better life. You would think Egyptʹs acceptance and ability to integrate would have been strengthened as a result. But the reality is different. By Aya Nabil

In the early days after Rose Cocoʹs arrival in Cairo from southern Sudan three years ago, she had a lot of questions about what her life in Egypt would be like. Would she be able to adjust and stay as she planned, or would she have to look for another country to move to? The answers which immediately sprang to mind did not bode well, especially after what happened on the night of her arrival, when a tok tok driver hurled a brick at her head. As her aunt who has lived in Egypt for eight years explained: "You havenʹt seen anything yet." This only increased her misgivings.

All of Roseʹs expectations changed that day. Before her arrival in Egypt, her only thought was that she was coming to a country which shared many things with her homeland. Egypt is both Arab and African. Indeed, once upon a time the two were one country, added to which she had the impression that Egyptians were good-natured and friendly. Getting used to living in their midst would not be difficult, therefore. At least this is how Egyptian soap operas, which are broadcast non-stop on Sudanese TV, portrayed the situation.

The onset of alienation

What happened that first night and the words of her aunt were only the beginning of Roseʹs changing impressions. Over the years, her sense of alienation has become entrenched. She even believes that, had she lived in Egypt her whole lifetime, Egyptians would still not accept her and she would remain a stranger or a guest, since she doesnʹt look like them, or as she says, since "her skin colour is different".

For a long time, Rose tried to get used to all this, but then her son Yusuf was born and the situation was different. The question which she had tried to avoid over the years surfaced again: would her child have a better chance than she had had of integrating into this society into which he was born, despite not holding its nationality? Or would she have to move on once more, so that he would not have to face the same sense of alienation she felt? 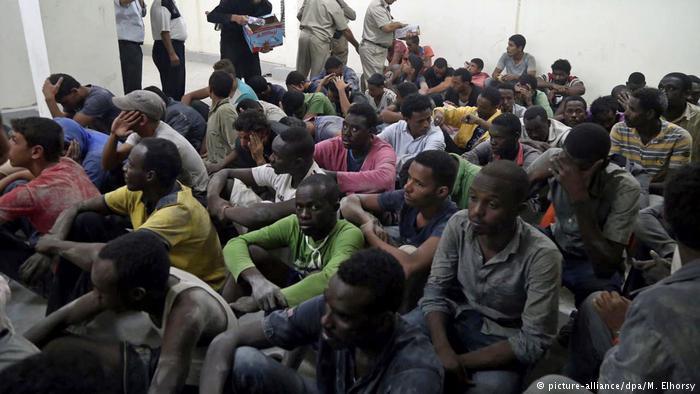 Egypt – simply a staging post for many refugees from African countries: among others, the EU relies on Egypt for the protection of its external borders, as the country is part of the East African route that runs from Somalia via Ethiopia and Sudan to the Egyptian coast near Alexandria. In the war-torn and chaotic Arab world, the EU has a huge interest in keeping autocratically governed Egypt stable. Poverty there is rife. Although growth has increased, many people are unhappy about the reforms introduced by the government, under pressure from the International Monetary Fund (IMF), to deal with the deepening economic crisis

The alienation which Rose and other foreign nationals living in Egypt feel, even though it differs in degree and form from one person to another, may seem strange when we talk about Egypt, which has seen many migrations over centuries for a host of reasons. There are those who came here alongside foreign occupiers or as invaders, and those who came to escape war or poor conditions in their own countries, seeking asylum elsewhere. This is not to mention those people living in Egypt because of work, study or marriage to Egyptians, all of which reasons might lead us to assume that there has been an increase in acceptance and integration of the other, and not the reverse, as Roseʹs experience indicates.

At an official level, the status of migrants in Egypt is no different; national government policy makes it all the more difficult for them to integrate in society. After all, Egyptian law grants asylum seekers neither permanent residence nor citizenship.

First stop for migrants: the UNHCR

The United Nations High Commissioner for Refugees (UNHCR) office in Cairo is the only organisation allowed by law to register asylum seekers, granting them temporary residence with a view to finding them an alternative country to move to. According to the latest figures the UNHCR published in July 2017, the number of registered asylum seekers in Egypt is around 210,000.

The UNHCR cannot provide alternative re-settlement arrangements in other countries for everyone who is registered, especially in light of the increased number of refugees coming to Egypt from Arab or African countries experiencing unrest or war. Indeed, there are many who have been classified as refugees for a very long time, including some who have either been living in Egypt for decades or were born there and have never set foot in another country.

Tourists have been returning to Tunisia, Egypt and Morocco. But, given the global uncertainty caused by the Ukraine war, will the comeback be enough to save a struggling sector, ... END_OF_DOCUMENT_TOKEN_TO_BE_REPLACED

In this essay, renowned Lebanese journalist and writer Hazem Saghieh asks whether the Arab Levant, which stretches from Iraq in the east to Egypt in the west, will remain an ... END_OF_DOCUMENT_TOKEN_TO_BE_REPLACED

By 2050, the Middle East and North Africa could be dealing with many more elderly people suffering from dementia. A lack of facilities, specialists and local knowledge means the ... END_OF_DOCUMENT_TOKEN_TO_BE_REPLACED

With his fist bump greeting for a man he previously called a pariah, US President Biden has paved the way for Saudi Crown Prince Mohammed bin Salman's return to the international ... END_OF_DOCUMENT_TOKEN_TO_BE_REPLACED
Author:
Aya Nabil
Date:
Mail:
Send via mail

END_OF_DOCUMENT_TOKEN_TO_BE_REPLACED
Social media
and networks
Subscribe to our
newsletter