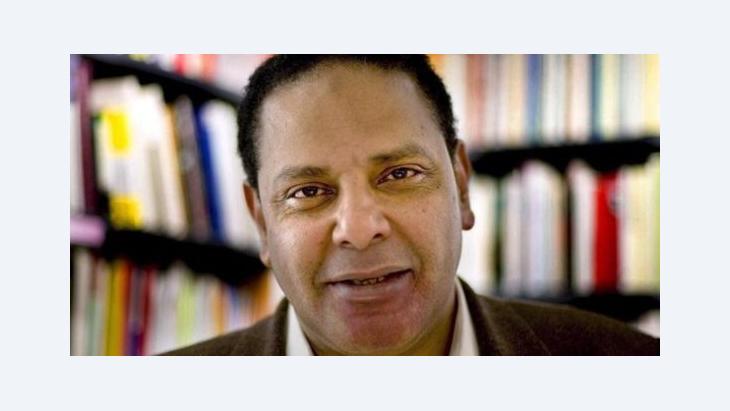 ﻿The well-known Egyptian writer and activist Alaa al-Aswani praises the President for his decision to replace the country's two top military generals. But, he says, Mohammed Mursi must now prove that he is really serious about establishing democracy in Egypt

﻿Anyone involved in the Egyptian revolution, or who merely sympathised with it, could only rejoice at President Mursi's latest moves. In spite of all attempts by representatives of the old regime to stifle the revolution, for the first time in 60 years the people were able to install an elected civilian president. And this president realised one of the fundamental demands of the revolution: an end to military rule.

As he deposed Field Marshal Tantawi and Chief of Staff Annan and annulled constitutional declarations issued by the military council, Mursi became a president with all the powers now at his disposal to establish a second Egyptian republic.

President Mursi could now begin to build the democratic nation for which thousands of Egyptians have sacrificed their health or their life. I do not know of anyone who might have been unhappy about Mursi's decisions. But jubilation is overshadowed by certain fears.

Many Egyptians are wondering: Should we be happy about the fact that military rule is finally over, or should we be concerned that this means the Muslim Brotherhood are now in a position to dominate the state? 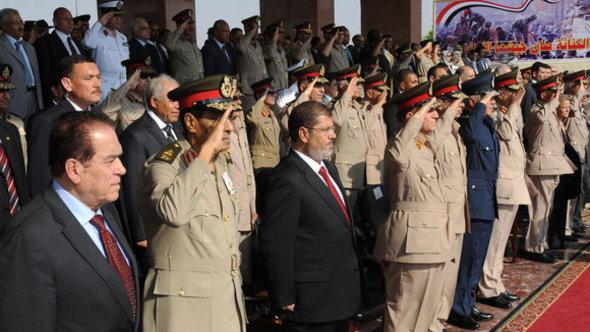 "President Mursi deserves our appreciation for his moves to end military rule. But we expect him to come up with further evidence that he is a president for all Egyptians, and that he really does want to do away with tyranny." Pictured: President Mursi and members of the Military Council in Cairo

​​Such fears are founded, after all:

1. Even though Mursi has received democratic legitimisation, he is still a member of the Muslim Brotherhood, and their conduct, organisation and financing is opaque. The party is not registered as a corporation, it is not officially permitted and its huge budget is not subject to audit office control. It is now the duty of the president to ensure that the leadership of the Muslim Brotherhood comes clean over its secret accounts, puts them in order and submits them to state control. This would dispel the fears of millions of Egyptians.

2. By declaring the constitutional amendments null and void, the president has given himself powers to appoint the assembly responsible for drawing up the new constitution, in case the current commission is not in a position to continue its work. This self-given right is undemocratic and unacceptable, as the constituent assembly should represent the will of the people, not the wishes of a president, even if he is elected. We would have expected President Mursi to grant this right to the people as the source of power, and establish a constituent assembly through free and fair elections. We would also have expected Mursi to honour his promise and reorganise the current assembly so that it is no longer dominated by Islamists alone.

3. It is a well-known fact around the world that anything akin to an information ministry is both a useless and repressive instrument only existent in totalitarian systems. Tyrannical regimes use information ministries to try and influence public opinion with lies. They are intended to vaunt rulers and justify all his deeds, including his misdemeanours. The revolution had demanded the abolition of the information ministry and the creation instead of a media council aimed at ensuring the observation of professional standards in the media. Unfortunately, the president opted to retain the ministry and appoint a high-ranking member of the Brotherhood to head it.

This can only be explained by a presidential wish to realign the media instead of liberalising it. The newly-appointed information minister then also began his work in classic police-state style by ordering the collection and analysis of reports by journalists at private television stations. The result was an administrative decision to shut down Al-Faraeen-TV.

I'm not the right person to defend the warped journalistic stance of this broadcaster. Its operator Taufiq Okasha used the station among other things as a vehicle to defame numerous supporters of the revolution, myself included. (I have filed a suit with the public prosecutor as a result of these personal attacks, but as usual this has not been processed for several months). 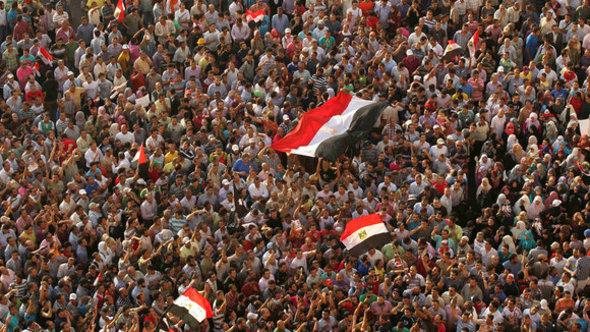 "President Mursi must release all those imprisoned during the revolution – not just the Islamists, because if those young people who are still in military detention had not sacrificed so much for the revolution, Mursi would not be installed in the presidential palace today"

​​Of course, Okasha and his ilk should be called to account in the legal sense – but in a democratic system, a television broadcaster cannot be shut down by an administrative decision. This can only occur as a result of a definitive court ruling. If we accept the closure of Al-Faraeen today, in future any station that irritates President Mursi can be shut down in this way.

4. In democratic states, presidents are fully exposed to criticism, and for this reason no one can be prosecuted even if this criticism is harsh or excessive. In a constitutional state, laws are strict with regard to the defamation of private individuals. But these laws are for the most part generous when dealing with the legitimate criticism of ministers and heads of state – an aspect of democratic identity. This is the kind of democracy we want to establish in Egypt. But unfortunately, the president has also disappointed us in this regard. He ordered the confiscation of the newspaper Al-Dustur and pursued its publisher in the courts.

The publisher was accused of insulting the president, as well as a number of other vague accusations such as incitement to confessional dispute. Such charges could be levelled at any editor whom President Mursi does not like. I would really like to see the president stop prosecuting journalists, because this would be a way to convince Egyptians that he really is interested in establishing a democratic system.

5. Most Egyptian state media are corrupt and incompetent. They have debts running into the millions of pounds – cash that has been stolen from the Egyptian people and squandered. According to the law, these media institutions are controlled by the second chamber of parliament, the Shura Council. Previously, each publisher was appointed in consultation with the country's security apparatus. The outcome was that each organ of the press tried to outdo the other in terms of hypocritical praise of the president and many journalists became accustomed to staying on good terms with the state security authorities in order to be promoted, instead of maintaining good journalistic standards.

After the revolution, journalists demanded that the Shura Council relinquish its control of these newspapers to allow them to continue their work independently of the state. There was already a good concept in place for this to happen. But instead, the Shura Council (most of its members are Muslim Brothers), put the publishing positions out to tender. 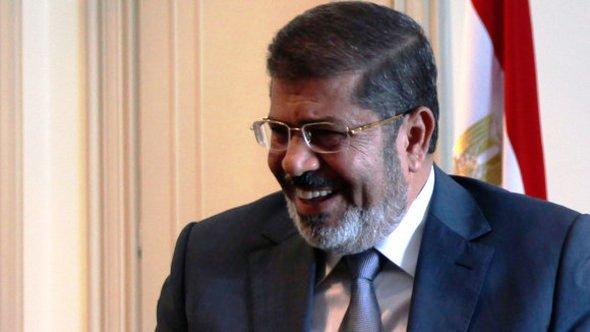 "It is not enough to replace military despotism with its religious version," al-Aswani. "Mursi must establish a true democratic system that offers Egypt the future it deserves"

​​The nature of this announcement and the composition of the commission charged with making the decision aroused a great deal of mistrust and displeasure. We note that the Muslim Brothers, instead of meeting the demands of the revolution and instead of freeing state-controlled media from the shackles of the Shura Council for their own sake, they have simply elbowed security organs out of the state media only to assume control themselves through the Shura Council.

Does Mursi really want to end the tyranny?

In view of all these developments, the urgent question arises: Are we dealing with a president who is willing to end the tyranny in Egypt and relinquish power to the people as its legitimate source, or did he aim to simply take the apparatus of power away from the military to place it in the hands of the Muslim Brotherhood? If he is striving to align the state with the aims of the Muslim Brotherhood, then the mighty force of popular resistance will ensure he fails. The Egyptian people, who toppled Mubarak and put him in the dock, will not allow their country to be turned into a state for the Muslim Brothers.

If President Mursi wants to establish a genuine democracy, then he must correct all these worrying mistakes and prove through his actions that he is a president for all Egyptians. He must release all those imprisoned during the revolution – not just the Islamists, because if those young people who are still in military detention had not sacrificed so much for the revolution, Mursi would not be installed in the presidential palace today.

And he must honour his pledge to the Copts to appoint their representatives in influential positions and thereby prove that he is serious about equal rights for all citizens. He must also keep his promise to reshuffle the constituent assembly so that it really does reflect society as a whole and is no longer dominated by Islamists. If this assembly is not able to fulfil its role then it should be reconvened through free elections – not by a commission assembled at the president's discretion.

President Mursi deserves our appreciation for his moves to end military rule. But we expect him to come up with further evidence that he is a president for all Egyptians, and that he really does want to do away with tyranny. It is not enough to replace military despotism with its religious version. Mursi must establish a true democratic system that offers Egypt the future it deserves. Democracy is the solution!

The Egyptian novelist Alaa al-Aswani is one of the most committed fighters for democracy on the Nile. In his best-selling novel "The Yacoubian Building", al-Aswani castigates the defects of Egyptian society: he describes the microcosm of a Cairo apartment block, where violence, corruption, bigoted sexual morality and brutal class divisions are part of everyday life for residents. Most recently, Al-Aswani published a volume of essays on pre-revolutionary Egypt.

Tourists have been returning to Tunisia, Egypt and Morocco. But, given the global uncertainty caused by the Ukraine war, will the comeback be enough to save a struggling sector, ... END_OF_DOCUMENT_TOKEN_TO_BE_REPLACED

In this essay, renowned Lebanese journalist and writer Hazem Saghieh asks whether the Arab Levant, which stretches from Iraq in the east to Egypt in the west, will remain an ... END_OF_DOCUMENT_TOKEN_TO_BE_REPLACED

By 2050, the Middle East and North Africa could be dealing with many more elderly people suffering from dementia. A lack of facilities, specialists and local knowledge means the ... END_OF_DOCUMENT_TOKEN_TO_BE_REPLACED

With his fist bump greeting for a man he previously called a pariah, US President Biden has paved the way for Saudi Crown Prince Mohammed bin Salman's return to the international ... END_OF_DOCUMENT_TOKEN_TO_BE_REPLACED
Author:
Alaa al-Aswani
Date:
Mail:
Send via mail

END_OF_DOCUMENT_TOKEN_TO_BE_REPLACED
Social media
and networks
Subscribe to our
newsletter