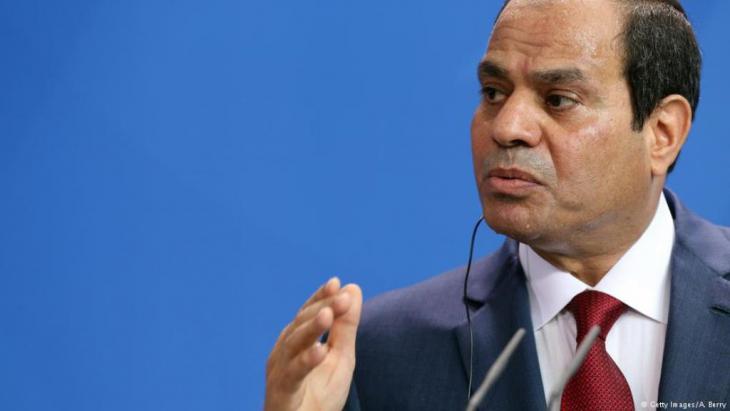 No-one is under any illusion about the forthcoming presidential elections in Egypt at the end of March. With the current regime shamelessly and unambiguously issuing instructions to one political party after another to put up candidates, the outcome will be a sham, argues Shady Lewis Botros

Autocracy isnʹt necessarily a state of law. The fashion for one-party states, in which the oppression is legally set out in written constitutions, faded a long while ago. Nor is autocracy simple repression, of the type which spreads fear and intimidates on a day-to-day basis. Each instance of autocratic rule is predicated, in part, on fulfilling a promise to deliver peace of mind in return for the loss of certain rights.

Moreover, autocratic rule is not merely a framework for the propaganda machines to churn out lies to the point where reality becomes lost in falsity. If people are deceived for long enough, they become convinced that the delusions they originally bought into are indeed facts – indeed, they will even harass the authorities on this basis.The ideology of autocracy exists between what is legal and what is informal, between fear and a sense of security, between what the autocratic power says and what it actually does on the ground, between what is public and what is not, regardless of whether something is in fact common knowledge.

The grey areas between these opposites and the deliberate ambiguity which underpins the selective practice of the authorities and their apparatchiks, specifically regarding the application of the law or the endorsement of rights which are not implemented, are the essence of autocracy; they are its most efficient and long-lasting driver.

The people drown between these two contradictory positions, trying to negotiate rules of engagement which are inconsistent, in the hope of securing whatever rights they can, even if only by accident. 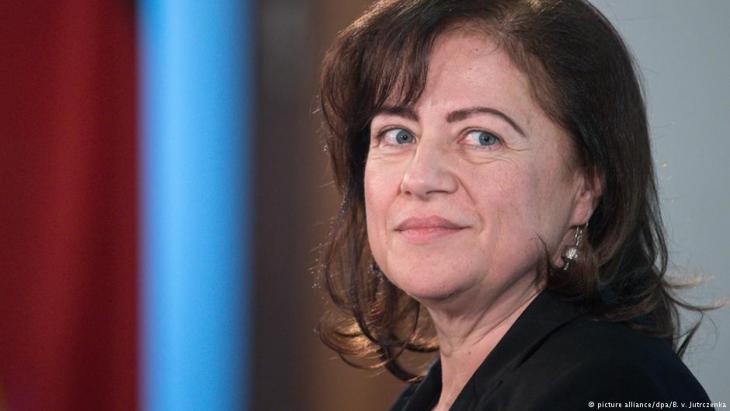 Last ditch attempt: two weeks before Egyptians are due to go to the polls in the countryʹs presidential elections, Germanyʹs human rights commissioner, Barbel Kofler, appealed to the Cairo administration to put an end to the repression of Egyptian civil society

The bravest are those who seek to bridge the gaps between these contradictory positions by facing up to the authorities, trying to force them into bringing their rhetoric into line with their actions, uncovering what is hidden and pushing them to behave as they claim to, but donʹt.


With the experience of more than three decades in power, Hosni Mubarakʹs regime excelled in the art of autocracy; they succeeded in goading everyone to join in. Every practice, speech and institution existed on the dividing line between the law and the unofficial.

Even organisations belonging to civil society that were active during Mubarakʹs rule fitted into this dual system. The human rights agendas of these organisations led them to rely on the law as dictated by the regime, by its constitution and its rhetoric, in order to bridge the gap between it and between what was actually applied on the ground.

At the same time, the regime forced those same organisations to operate on the narrow dividing line between the legal and the unofficial. Although their work was legal in principle, most human rights organisations during the Mubarak era remained in limbo and without a proper legal footing, deliberately so.

Despite the expanding boundaries of authoritarian rule, more varied and more in number than ever, not to mention the growing contradictions, Mubarakʹs regime managed to offer a measure of flexibility to enable it to continue, with the least necessary recourse to blunt force.

But such an expansion may have been a blessing in disguise. Over the last years of Mubarakʹs rule, the regime lost much of its ability to control the lines between the official and the unofficial, expanding one, whilst being forced to rein in the other.

The current regime, from the day it seized power, learned the lesson from Mubarakʹs fall of grace and the meekness of his regime which turned against him. By contrast, Abdul Fattah al-Sisi has not tried to promise a better tomorrow. The economic situation is dire, and it will remain so. Sisi doesnʹt lie; there is neither an education nor a health system to speak of in Egypt, according to him.

He doesnʹt raise the banners with slogans about human rights and democracy. The solution is ʹbrute forceʹ, which is repeated by the President again and again. The official media scramble to promote autocracy, not to cover it up. Itʹs out in the open; no-one even bothers to deny that the Intelligence agency buys and runs its own media platforms, something which used to be done behind closed doors. 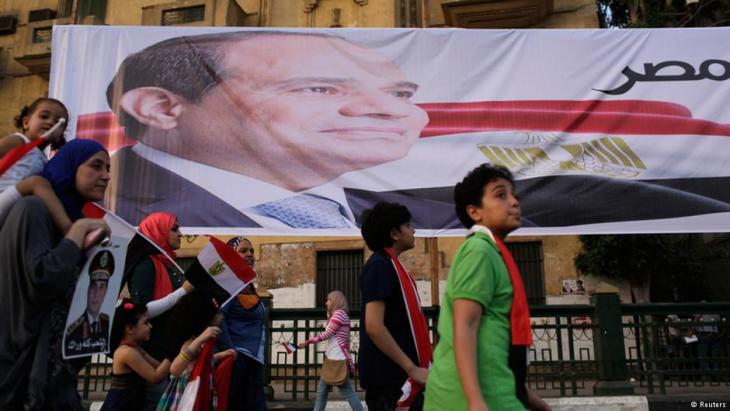 The regime has openly kidnapped potential presidential candidates and yet they still appear on our TV screens. The regime assaulted the former head of the largest surveillance apparatus, the Administrative Control Authority, as well as a potential candidate, on a public road. Two candidates have been incarcerated and another is under house arrest, all this even before the elections have started.


Shamelessly and unambiguously, the regime is issuing instructions to one political party after another, with the aim of ʹencouragingʹ one of its members to stand in the elections. This much is public; no-one bothers to deny or embellish the story.

Opinion pieces appear in the press that admonish the regime for not having had enough time to stage the play. Indeed it is a play which they all acknowledge, albeit unsatisfactorily produced. Never has this been clearer, more public and more open than it is now.

The regime is not really interested in beautifying the electoral process. On the contrary, it is going out of its way to ridicule and insult it, in the most blatant way possible. The regime doesnʹt lie; it doesnʹt wish to lie. There are no grey areas of any sort; those that exist have been reduced to a hairʹs breadth.

Some people console themselves that this version of crude autocracy will necessarily be short-lived by dint of its rigidity and inflexibility, but this is not always so. Autocracy which is true to itself endures, as does autocracy that is capable of adapting. However, the limited number of tools at its disposal, which usually ends up numbering just one, repression, means that its victims are much greater in number – and the price that much higher.

Shady Lewis Botros is an Egyptian writer and psychologist based in London. He specialises in analysing the psychological structure of political discourse in the Arab world.

The Egyptian series "El-Ekhteyar 2" was created by a production company with close ties to the military – and pursues a corresponding narrative. Moritz Baumstieger explains how ... END_OF_DOCUMENT_TOKEN_TO_BE_REPLACED

Looking to mobilise the Egyptians, Abdul Fattah al-Sisi and his ministers will refer to them as the "people". As soon as the Egyptians demand something of the state, however, they ... END_OF_DOCUMENT_TOKEN_TO_BE_REPLACED

The rollout of coronavirus vaccines in the Middle East and North Africa is already taking place on a massive scale, with the United Arab Emirates leading the way. Nevertheless, ... END_OF_DOCUMENT_TOKEN_TO_BE_REPLACED

Egyptian singer Umm Kulthum continuous to be an icon, almost 100 years after she published her first record. But what about the other famous women of the 1920s? In his new book, ... END_OF_DOCUMENT_TOKEN_TO_BE_REPLACED

The Prophet Muhammad never executed anyone for apostasy, nor encouraged his followers to do so. Nor is criminalising sacrilege based on Islam’s main sacred text, the Koran. In ... END_OF_DOCUMENT_TOKEN_TO_BE_REPLACED

Archaeologists have uncovered the remains of an ancient city in the desert outside Luxor in Egypt. They say it dates back to the golden age of the Pharaohs more than 3,000 years ... END_OF_DOCUMENT_TOKEN_TO_BE_REPLACED
Author:
Shady Lewis Botros
Date:
Mail:
Send via mail

END_OF_DOCUMENT_TOKEN_TO_BE_REPLACED
Social media
and networks
Subscribe to our
newsletter