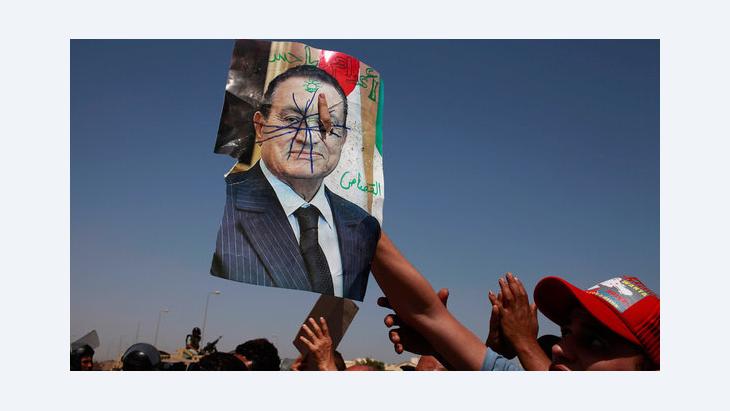 Egypt's and Tunisia's State Security Files
An Inaccessible Past

Two years after the Arab Spring started shaking up the political landscape of the Middle East, many secret police files are still kept locked up in the relevant ministries and therefore remain inaccessible. Christoph Dreyer reports

﻿Political scientist Judy Barsalou has scrutinized the remnants of several liquidated dictatorships over the course of her academic life. Barsalou is an expert on transitional justice – the juridical, but also the political and social processes involved in dealing with political crimes after changes of regime. However, a tour of the Berlin archives of the former East German state security services has clearly impressed the US researcher, who is currently based in Cairo. "It was really a marriage between Soviet intelligence gathering techniques and a sort of Prussian genius for documentation and meticulous management," she says.

"I couldn't help but contrast this with the National Archives in Egypt, where cataloguing is a serious problem and where there are problems enforcing a law requiring ministries to hand over their documents after a certain period of time," Barsalou adds. "Even before the revolution, this made it difficult to find or access information." 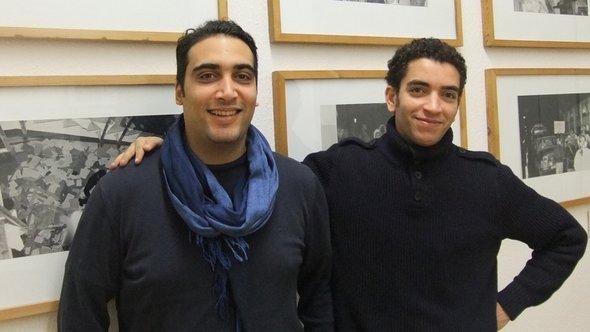 ​​Even on a merely technical level, but also in some other respects, the challenges facing Egypt in processing its own state security files are quite different to those of Germany, which with its reunification in 1990 inherited an existing and partly well-organized archive from the domestic spy agency of the fallen German Democratic Republic. Highlighting these differences was one of the outcomes of a project conducted by journalists at zenith, a German magazine specializing in Middle Eastern affairs, in collaboration with Barsalou and other experts from Egypt and Tunisia.

The subject inevitably conjures up images of 5 and 6 March 2011 – themselves so reminiscent of events in East Germany in January 1990, shortly after the fall of the Berlin Wall: Less than four weeks after the fall of Hosni Mubarak, thousands of people in Cairo, Alexandria and other cities stormed the offices of Egypt's State Security Investigations Service (SSI), trying to prevent the destruction of files which potentially provide evidence of decades of torture and spying on the country's citizens.

Looking back now, the protesters have achieved little. After storming the SSI offices, citizens carried away files "in bundles and boxes" according to German journalist Philipp Spalek, leader of the zenith project in Egypt. What happened after that, however, remains highly unclear. Some simply took the files home, others later handed them over to judges. Since then, Spalek says, rumour has it that the judges eventually surrendered the files to the army.

In any case, the journalist observed, current efforts to process the past focus on the immediate revolution rather than events occurring further back in time. For instance, a group led by Cairo historian Khaled Fahmy is collecting eyewitness accounts of people involved in the 2011 uprising, taking care to immediately hand over any new records to the National Archives in order to make them accessible to the public without delay.

Yet, according to Spalek, well over a year after the project's start Fahmy is still struggling to actually enable public access to the records he has gathered. "The problem is, key positions within the administrative apparatus are occupied by members of the state security agency, which has no interest in allowing the contents of these files to become public," says Spalek.

Egyptian human rights lawyer Mohamed Abdelaziz is also concerned about the as yet unresolved issue of privacy. He says secret police files so far published on various Internet platforms, for example, have never been verified thus rendering them largely inadmissible court cases. What is needed, he adds, is an independent agency supervising access to the files.

Correspondingly, the work of Germany's Federal Commissioner for the Files of the State Security currently draws huge interest in the Arab world; a delegation from an Arab country comes to visit his agency's headquarters in Berlin more or less every month. Current Commissioner Roland Jahn says the crucial aspect of Germany's approach is that it has managed to balance the interests of the state security agency's victims with those of the public. "This has been Germany's formula for success," he says. "Rule of law and protection of privacy."

Shredded truths: Following the 25th of January 2011 Revolution, on the 4th and 5th March, several State Security Investigations buildings were raided across Egypt by protesters who were trying to make sure not all relevant documents were destroyed

​​Tunisia has, at least on paper, already committed itself somewhat more than Egypt over how to handle the files of its own secret police, the State Security Department. A law setting out transitional justice regulations is under discussion, as is the creation of an authority for that purpose. So far, however, many secret police files are still kept locked up in the relevant ministries and therefore remain inaccessible.

On the other hand, even German Commissioner Jahn warns against overstating the relevance of an authority such as his. It is important to remember that the files, by necessity, reflect only the state security's point of view, he says, adding: "We also have to listen to the voices of the victims." And Naseef Naeem, a German-based constitutional law expert specializing in the Middle East, adds another caveat with a view to current exchanges with the Arab Spring states: "You have to give account of your own experience without any comment," he says. People certainly don't want to be lectured, but have to find their own models, he adds.

In any case, in these times of rampant unemployment and economic turmoil, dealing with the crimes of past regimes is not a top priority for many Tunisians and Egyptians. But more substantial political considerations also play a role. For instance, as political scientist Barsalou discovered in a poll, many Egyptians consider further court cases against Mubarak's henchmen or a law on the state security files as secondary, giving priority to reforms of the security sector and the judiciary.

Still, Tunisian human rights lawyer Amenallah Derouiche fears further procrastination over how to handle secret police files could be problematic. "We don't even know how many and which files still exist in the ministries," he says, and argues that as long as this situation remains unchanged, these files can be instrumentalised to exert political pressure and silence political opponents almost at will.

"If we don't take action now, the files will lose their value and eventually be reduced to political bargaining chips," Derouiche warns.

Home
Print
Newsletter
More on this topic
Coming to Terms with the Mubarak Era in Egypt: It's about Reconciliation, Not PunishmentThe Rule of Law and the Crimes of the Gaddafi Regime: The Victims Demand JusticeTunisia Begins to Process Recent History: Accusations and Reconciliation
Related Topics
Arab Spring, Arabellion, Democracy and civil society, Human rights, Mubarak regime
All Topics

The devaluation of the Egyptian pound combined with rising food prices is taking its toll on Egypt. More and more people are slipping into poverty. Karim El-Gawhary reports from ... END_OF_DOCUMENT_TOKEN_TO_BE_REPLACED

Egyptian Sufis have been on the defensive against the country's Islamists for decades. Meanwhile, interest in mysticism is growing among the young members of Cairo’s middle and ... END_OF_DOCUMENT_TOKEN_TO_BE_REPLACED

Abortions are illegal in Egypt unless they are necessary to save a married woman's life. But that doesn't stop local women from having one. Egyptian society needs to acknowledge ... END_OF_DOCUMENT_TOKEN_TO_BE_REPLACED

Food prices doubled, salaries halved, banks restricting withdrawals: Egyptians now have the same problems as the Lebanese. But if things get worse here, the fallout will be far ... END_OF_DOCUMENT_TOKEN_TO_BE_REPLACED

Giessen, Eichsfeld, Kusel, Berlin – cars bearing old German number plates are the latest trend on the streets of Cairo. Many Egyptians regard the discarded plates as chic. What ... END_OF_DOCUMENT_TOKEN_TO_BE_REPLACED

END_OF_DOCUMENT_TOKEN_TO_BE_REPLACED
Social media
and networks
Subscribe to our
newsletter