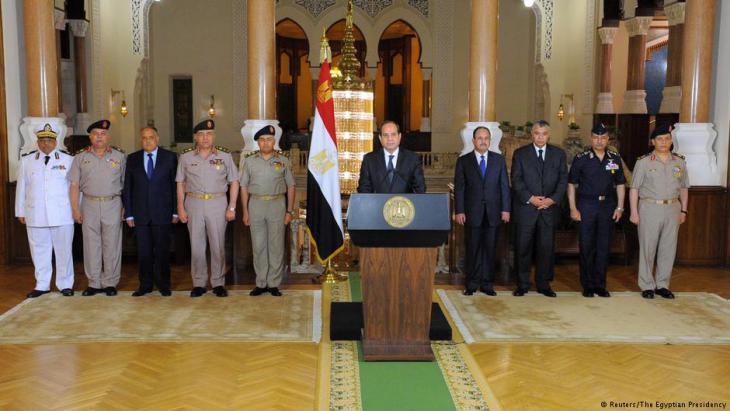 Not all it seems

Sisi's administration is using the attacks on Coptic Christians as a pretext for furthering its own foreign and domestic ends, making Egypt an unsuitable partner for the fight against terrorism. Commentary by Stephan Roll

The gruesome murder of 30 Coptic Christians in the Upper Egyptian city of Minya on 26 May was greeted with indignation the world over. It was the fourth major terrorist attack on the Coptic community in Egypt within the space of six months. As with the case of the attack on a church in Cairo that killed 25 people on 11 December 2016 and the two Palm Sunday attacks on churches in Alexandria and the north Egyptian city of Tanta, which killed a total of 47 people, the Egyptian branch of Islamic State (IS) has claimed responsibility for the massacre.

The reaction of the Sisi administration was not long in coming. The very next night, Egyptian fighter jets bombed alleged terrorist camps in neighbouring Libya. The raid was obviously focused on targets in Darna, a city on Libya's northern coast. In a second foray, the jets also bombed positions in the central Libyan city of Hun.

It is obvious that IS structures were not the target of these military attacks. While Darna and Hun are indeed controlled by militias (among them Islamist groups), these militias are not part of IS and have even fought IS in the past. 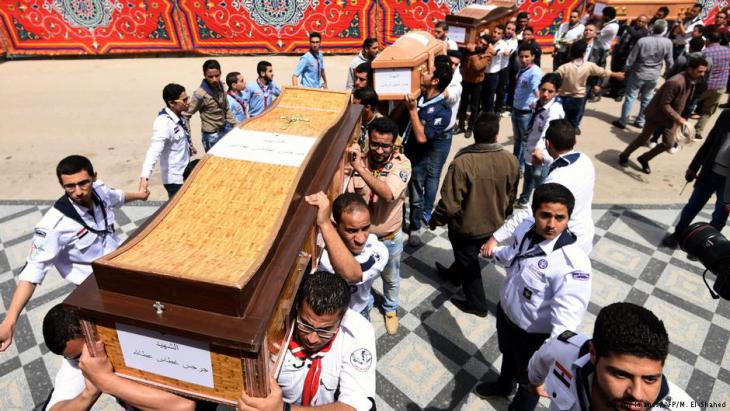 Terrorising the Coptic community: on Palm Sunday a suicide bomber blew himself up in Saint Mark′s Church in Alexandria, killing 17 worshippers in the process. A few hours earlier, 28 people died during a bombing in a church in Tanta. President Abdul Fattah al-Sisi responded by declaring a state of emergency and announced that the new Supreme National Anti-Terrorism Council would be producing a strategy to combat ″terrorist groups″. According to Stephan Roll, however, this is seen to refer principally to secular non-governmental organisations and those critical of the current regime

It is implausible that they are behind the attack on Coptic pilgrims. Thus far, these militias have fought the Libyan general Khalifa Haftar, whose units control vast swathes of eastern Libya and who is a close ally of Egypt.

It therefore seems reasonable to suspect that Cairo is using the terrorist attack in Minya as a pretext for helping its man in Libya gain territory and, in so doing, for ultimately increasing its sphere of influence in its neighbouring country.

However, the Sisi administration is using the fight against terror as an opportunity to push through its agenda not only in Libya but also at home. After the two Palm Sunday church attacks, President Sisi called a state of emergency, despite the fact that Egypt has already been ruled in an extremely repressive manner since the military coup of 2013.

In the weeks that followed, there was another wave of arrests targeting not only militant Islamists but above all young activists and members of opposition, secular and left-wing parties. The allegations made against them were flimsy. What's more, the authorities blocked access to 21 online media, including the independent, high-quality online newspaper Mada Masr. The reason given for the move was their alleged 'support for terrorism'.

Oppressing NGOs in the name of fighting terror

Only two days after the attack on the Coptic pilgrims in Minya, President Sisi passed an incredibly repressive law that puts the work of non-governmental organisations in Egypt under the complete control of the state. Under the pretext of fighting terrorist and extremist activities, non-governmental organisations will in future have to register with the authorities and have both their activities and their financial income approved by them. 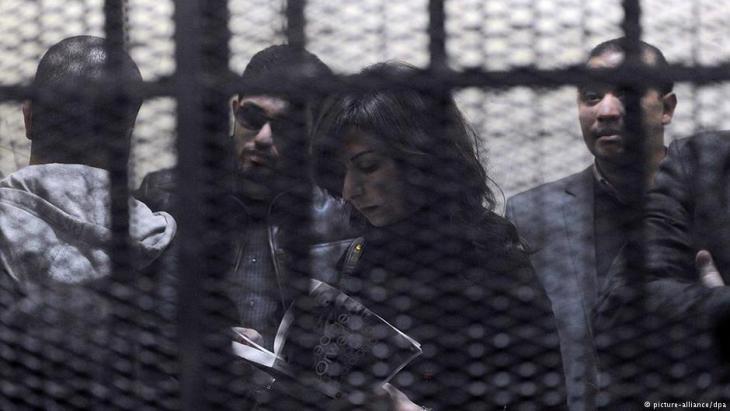 Sisi′s stranglehold on NGOs: according to Egypt′s restrictive new NGO legislation, the authorities have comprehensive powers to monitor the financial affairs of NGOs. Those found in contravention of the new laws could face up to five years in prison and a fine of approximately 55,000 euros. NGOs looking to publish the results of reports or surveys must first request official permission to do so

Sisi waited six months before signing the law. Among other things, foreign criticism of the draft law was enormous. This latest terrorist attack gave the Sisi administration the opportunity it needed to pass the law without causing too much of a stir.

The upshot of this is that the Egyptian government and its 'anti-terror policy' are preventing effective action from being taken against the terrorist threat to which Egypt really is exposed, as the recent attacks on the Coptic minority and others show.

Instead of providing more protection for the country's Coptic Christians, the security forces are being deployed to oppress peaceful opposition movements and civil society. What is worse: this approach may even abet the further spread of terrorist structures.

In Egypt, the closure of all spaces for non-violent political opposition and independent civil society and the ongoing human rights violations at the hands of the security forces are fuelling radicalisation.

In neighbouring Libya, Egypt's one-sided support for General Haftar is hindering all attempts at mediation for peaceful conflict resolution and is likely to further exacerbate the spiral of violence.

In view of these facts, Egypt cannot at present be considered a partner in the international fight against terrorism. Co-operation such as the one planned by the German-Egyptian Security Co-operation Agreement agreed by the German parliament at the end of April is destined to fail in view of the Egyptian administration's blatant exploitation of the fight against terror.

Instead of further increasing the co-operation with Cairo on security matters, European states should instead be pushing Egypt towards political reform and observance of the rule of law.

"The people aren’t ready for democracy" has been the constitutional basis for Arab tyranny, its favourite slogan and its sacred narrative for more than a century. Yet, asks Khaled ... END_OF_DOCUMENT_TOKEN_TO_BE_REPLACED

A new global database shows a significant gap in reported COVID-related deaths, suggesting the actual worldwide death toll is short by at least 1 million. That's due in part to ... END_OF_DOCUMENT_TOKEN_TO_BE_REPLACED

Two decades after the attacks of 11 September 2001, the West faces the shattered debris of its failure – not only in Afghanistan, but also in Iraq, Syria, Libya and Yemen. What ... END_OF_DOCUMENT_TOKEN_TO_BE_REPLACED

The coronavirus pandemic has turned lives upside down all over the world. In the Middle Ages, however, people lived with epidemics all the time. The best and most famous ... END_OF_DOCUMENT_TOKEN_TO_BE_REPLACED

In Ancient Egypt, the pharaohs had "solar boats" built to take them into the afterlife. One of these boats was discovered in 1954. It has now been moved to the Grand Egyptian ... END_OF_DOCUMENT_TOKEN_TO_BE_REPLACED

Attracting little attention from the world at large, Egypt's military regime has been mercilessly going after dissidents. Now, the first executions of prominent members of the ... END_OF_DOCUMENT_TOKEN_TO_BE_REPLACED
Author:
Stephan Roll
Date:
Mail:
Send via mail

END_OF_DOCUMENT_TOKEN_TO_BE_REPLACED
Social media
and networks
Subscribe to our
newsletter