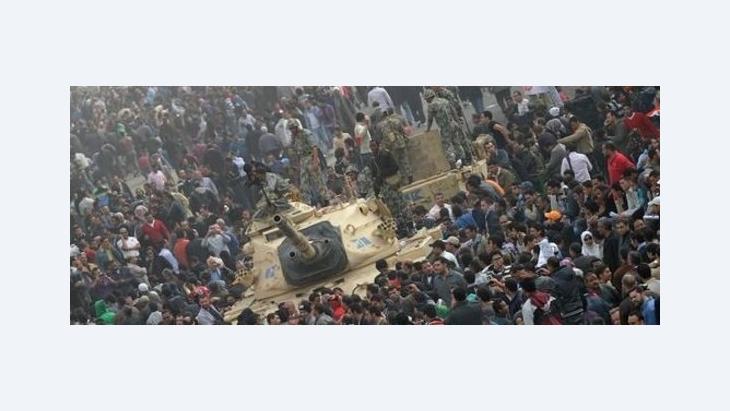 Egypt's Army and the People

﻿In late March, a large majority of Egyptians voted for constitutional amendments, the military had proposed, even though these amendments did not fulfil opposition demands. The referendum proved that, while the people may be uncomfortable with the top brass, they do have faith in the military in general. By Salua Nour

In Egypt, the army defied Hosni Mubarak, the dictator, and refused to use force to suppress pro-democracy protests. This unusual behaviour was rooted in a long history of solidarity between the military and the civilian people. 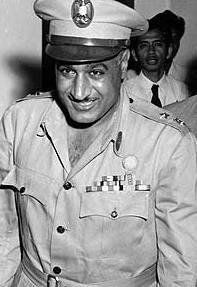 ​​It took a long time for the "army in Egypt" to become the "Egyptian army". From 300 BC until the reign of Muhammad Ali (1805 to 1848), Egyptians had no access to the troops that occupied their country on behalf of foreign rulers. Muhammad Ali made himself independent from the Ottoman Empire by using his position as the viceroy to modernise the economy and establish a strong military force. Only by the end of the 19th Century did Egyptians make up the majority of the army.

The army as an anti-colonial force

In formal terms, the army kept serving the rulers, but it considered itself an anti-colonial force. The people shared that view. From the revolution in 1919 to the uprising of 2011, no ruler was able to use the troops to quell opposition.

In 1952, young officers led by Gamal Abdel Nasser staged a coup. Most Egyptians celebrated them as revolutionaries. Nasser promised to ensure social justice and fight colonialism. Even when his rule became dictatorial and the planned economy did not deliver results as promised, the army remained, in the collective mind, the force that protected national interests.

Nasser opposed the West. He nationalised the Suez Canal which the Arab region and the entire Third World considered a symbol of emancipation. When he suffered defeat in the subsequent war against Israel, France and Britain in 1956, he turned that defeat into a foreign policy triumph by winning support from the Soviet Union. Egyptians therefore forgave his failures such as the defeat in the Six-Days War in 1967.

Nasser's successor, Anwar El-Sadat, dropped goals like Arab unity, socialism and independence from the West. The army was no longer the main pillar of power, though its leaders allowed themselves to be used by the regime. The police became the main agency for repression – with 1.5 million units it had three times more personnel than the military. 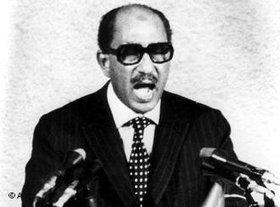 Under Anwar Sadat, Egypt’s army was no longer the main pillar of power, though its leaders allowed themselves to be used by the regime

​​Sadat and Mubarak took advantage of Nasser never having introduced any democratic procedures; they stayed in power in a permanent state of emergency.

Egypt became an ally of the West. That included a peace treaty with Israel, abandoning the Palestinian cause and active support of the USA's Middle East policies, including its intervention in the Iraq wars and in the "War on Terror". Development aid poured in and the regime spent the money on its security apparatus. Structural adjustment, meanwhile, led to mass unemployment and falling incomes. Corruption became endemic in vast networks that tied the political elite to the business elite.

Guardian of country and people

The military enjoyed enormous privileges and pensions. The higher ranks were integrated into the top leadership circles and took part in accumulating massive personal wealth. Opposition-minded officers, however, were retired early and kept quiet in business jobs.

In the middle and lower ranks the sense of opposition remained strong nonetheless and conscription boosted that sense. The regime could rely on the loyalty of the troops only as long as it did not order them to actively suppress the people. Such attempts always failed, whether in 1977 or earlier this year.

Within the Egyptian army, the dividing lines do not run vertically, as they do in tribal societies such as Libya, but horizontally, between the upper ranks on the one hand and the lower and medium tiers on the other. Some in the top brass may currently be involved in counterrevolutionary scheming, but the Egyptian people can be confident that the majority of the armed forces will be on their side in moments of crisis. The army, after all, considers itself the guardian of country and people.

Salua Nour is an associate professor of political science at Berlin's Free University.

Home
Print
Newsletter
More on this topic
The Role of the Military in the Egyptian Power Struggle: Tipping the Scales?Interview with Galal Amin: A Radical Break with the PastDossier: Uprisings in the Arab World
Related Topics
All Topics
Date:
Mail:
Send via mail