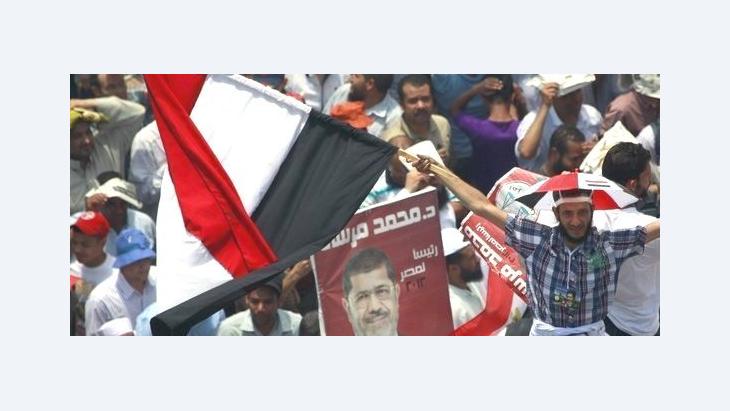 A Shroud for the Revolution?

Egypt's revolutionaries have scotched the military agenda by throwing their weight behind Muslim Brotherhood candidate Mohamed Morsi, says renowned Egyptian author Mansoura Ez-Eldin. But if they are to again seize the political initiative, they must now regroup and revise their strategy to date.

The election of the Muslim Brotherhood candidate Mohamed Morsi to the post of president heralds a new era in Egyptian history, even if this is still bogged down by the failings of the past.

Morsi is the first non-military president to rule Egypt since the Free Officers coup of 1952 (this was also billed as a "revolution"), the first president from the ranks of the Muslim Brotherhood and the first president who must be satisfied with 51.73 percent of the vote – for decades, Arab presidents have ruled with the typically falsified 99.99 percent.

Egyptians who had supported the revolution rejoiced at the election result – or more accurately: Most of them were primarily happy about the fact that Ahmed Shafiq, Mubarak's last prime minister, had not won. Many expressed their feelings with a sentence that quickly became common parlance: "My joy at Shafiq's defeat is only clouded by Morsi's victory." 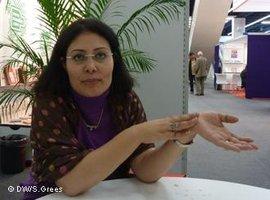 Egyptian writer Mansoura Ez-Eldin believes that the drawing up of a civil, liberal constitution represents one of the greatest challenges for all Egyptians who want genuine change

​​Indeed, many leftwing and liberal revolutionaries threw their weight behind Morsi in the runoff to reduce Shafiq's chances, as his victory would have revived Mubarak's regime.

But this support was linked to conditions, primarily that a coalition government under non-Islamic leadership is established, that Morsi becomes a president for all Egyptians and that he retains a civil state.

Fear of a theocracy

But it was also striking that other liberals, left-wingers and nationalists (also those who had supported the revolution) sided with Shafiq and in doing so, turned a blind eye to just how entrenched the former general was within the old Mubarak system, that in his election campaign he relied almost entirely on the old cadre of the National Party and that he was secretly receiving support from the military council. They justified their decision by expressing the fear that Egypt could be turned into a theocracy, and ironically, as a military man they perceived Ahmed Shafiq as the "guarantor of a civil state"!

Other revolutionaries called on voters to spoil their ballot papers to rob the elections of any legitimacy – elections they said were taking place in a climate of arbitrariness and with a lack of transparency. They viewed Shafiq as a representative of the military dictatorship and Morsi as a symbol of religious tyranny and did not want to choose between "murderers" and "accessories to murder", as many described it.

This option was perhaps the most revolutionary, and it was supported by those who are adamant that they will see their battle for the goals of the revolution and the resistance against fascism of all hues through to the bitter end, without taking part in political game playing or horse-trading of any kind.

If we take a closer look at the election campaigns of the two run-off candidates, it is clear that Shafiq's team focused entirely on the supposed conflict between civil and religious state and the claim that anyone against a theocracy in Egypt would have to vote for Shafiq, although this was a candidate who was against the revolution. 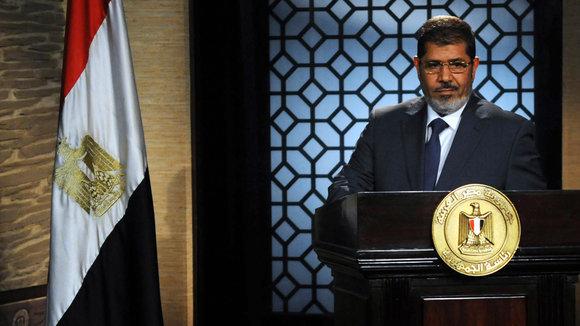 "My joy at Shafiq's defeat is only clouded by Morsi's victory." The Muslim Brotherhood candidate as the lesser political evil: Many secular and liberal Egyptians voted for Mohamed Morsi not out of conviction, but because he appeared to be a better alternative to Ahmed Shafiq, representative of the authoritarian Mubarak regime

​​Morsi's campaign on the other hand interpreted the poll as a battle between the revolution as Morsi pretended to represent it, and the Mubarak regime embodied by Shafiq.

In reality this line of differentiation was drawn in rough exaggeration, and in the case of both candidates it required a great deal of generosity to accept this view of the situation. Shafiq was a representative of the military council and the old regime, and Morsi is also no protagonist of the revolution, but of the Muslim Brotherhood which has now reaped the rewards of the revolution, after initially hesitating to join it and abandoning it when it most needed support.

Many supporters of the revolution celebrated the Morsi's victory or Shafiq's defeat on the streets and squares of Egypt. They wanted to savour the victory over the Mubarak system and the military council, and many quoted the Arabic rhyme "Al-yaum chamr, wa-ghadan amr", which can be loosely translated as: "Today we celebrate, tomorrow the work begins." They were celebrating the fact that Egypt has received its first civilian president, and were absolutely determined to put up a fight should he break his promises and use his party to turn against democracy and freedom.

But their joy was also marred by the fact that the revolutionary candidates of choice had been knocked out of the race. And the military council had carried out a "gentle putsch" by dissolving the elected parliament and issuing a constitutional decree that curtails presidential powers and makes the army into a state within a state.

The decree foresees the transfer of judicial rights to army officers and the intelligence service, which would mean that as of immediate effect, thousands of civilians would have to stand trial in military courts. This would effectively make Egypt a prison whose inmates are subject to the despotism of the guards – exactly as though the military had lifted the state of emergency with one hand, only to impose martial law with the other. 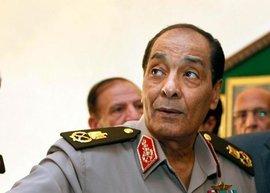 "Gentle putsch": Before the formal handing over of power to the Egyptian president the head of the military council Hussein Tantawi dissolved parliament and secured control over legislation and the drawing up of the constitution

​​It has not escaped anyone's notice that these decrees, issued in parallel with the runoff, were aimed at degrading the new president to a civil servant of the military council and made a farce of a pledge to place power in civilian hands. These are the makings of a conflict between the military and Muslim Brotherhood, which will involve some negotiation and haggling, but could also lead to public altercations.

But civilian and liberal forces of the revolution must also close ranks to continue pursuing the goals of the rebellion, independently of the military council – Muslim Brotherhood polarity, because after all both these blocs are each following their own agenda which is wholly different to the revolutionaries' original aims.

For decades, the Muslim Brotherhood was an isolated clandestine organization with its own very particular agenda known as the "Renaissance project" which foresaw the reinstatement of a caliphate, while for their part the military wanted to turn the revolution into a military putsch to make it possible for them to completely control the country while at the same time safeguarding their economic and financial sinecures. And they also want to secure impunity for all those responsible for bloodshed over the past months.

But the judiciary absolved all those who had killed demonstrators and behaved as though it was not the security forces who had shot at the protestors, but aliens from outer space. 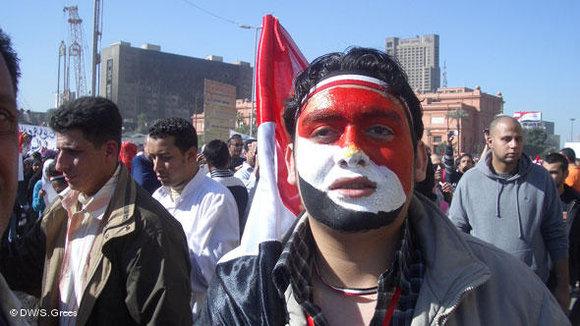 Trying a new tack: "The civilian and liberal forces of the revolution must close ranks to continue pursuing the goals of the rebellion, independently of the military council – Muslim Brotherhood polarity," writes Mansoura Ez-Eldin

​​The military council is behaving like a Penelope who undoes everything that she has woven herself. But this is a vengeful Penelope full of hatred who weaves such a complicated and confusing labyrinth of traps that anyone standing in her way is caught up in it.

This Penelope is only loyal to the old regime, its elitist networks and its apparatus of repression, but it is a loyalty that also depends on her retaining her place at the top of the tree. In accordance with this principle, she has for the past one-and-a-half years tried to weave a shroud for the revolution and defeat the revolutionaries by setting traps for them and manipulating the laws to such an extent that she can detain anyone who rebels against her.

When the people stood up for freedom and dignity, the military council brought them before military tribunals and curtailed their freedom. When they demanded a constitutional state and many forfeited their health or their lives for a liberal constitution, the military saw that Copts and women were discriminated against, that rights were denied and that security forces used excessive force. Anyone who protested against this was branded a troublemaker and a law breaker and reminded of the fact that in the end, legitimate elections had taken place.

Win back the initiative

The revolutionary forces' support for the Muslim Brotherhood candidate has for the time being upset the military council's game and distorted its weaving pattern. But in order to be able to regain the initiative and realign themselves with the goals of the revolution and advocate these, the cards must be thoroughly redistributed to avoid being caught up in the constant friction between the two conflicting parties.

The ranks must be closed without disdaining politics due to arrogance. And the revolutionaries must approach all those people who are still on the sidelines, to convey to them the goals and the purpose of the revolution.

As part of this process, the fight over the hammering out of a new constitution is perhaps one of the greatest challenges. Immense hopes are pinned on this battle, as a constitution that guarantees general and personal freedoms and boosts the rights of women and minorities would be a foundation stone for true democratic change in Egypt. At the present time though, progress is halting.

The well-known writer Mansoura Ez-Eldin was named as one of the best Arab-language authors under 40 in the year 2010. The same year, she was the only woman to be nominated for the "International Prize for Arabic Fiction". Her novel "Wara al-Firdaws" ("Beyond Paradise") was published in German in September 2011 by Unionsverlag in Zurich.

Germany's foreign policy is explicitly values-based. But what happens, Ralf Bosen asks, when democracy, the rule of law and human rights collide with the logic of trade and ... END_OF_DOCUMENT_TOKEN_TO_BE_REPLACED

"The people aren’t ready for democracy" has been the constitutional basis for Arab tyranny, its favourite slogan and its sacred narrative for more than a century. Yet, asks Khaled ... END_OF_DOCUMENT_TOKEN_TO_BE_REPLACED

A new global database shows a significant gap in reported COVID-related deaths, suggesting the actual worldwide death toll is short by at least 1 million. That's due in part to ... END_OF_DOCUMENT_TOKEN_TO_BE_REPLACED

Two decades after the attacks of 11 September 2001, the West faces the shattered debris of its failure – not only in Afghanistan, but also in Iraq, Syria, Libya and Yemen. What ... END_OF_DOCUMENT_TOKEN_TO_BE_REPLACED

The coronavirus pandemic has turned lives upside down all over the world. In the Middle Ages, however, people lived with epidemics all the time. The best and most famous ... END_OF_DOCUMENT_TOKEN_TO_BE_REPLACED

In Ancient Egypt, the pharaohs had "solar boats" built to take them into the afterlife. One of these boats was discovered in 1954. It has now been moved to the Grand Egyptian ... END_OF_DOCUMENT_TOKEN_TO_BE_REPLACED
Author:
Mansoura Ez-Eldin
Date:
Mail:
Send via mail

END_OF_DOCUMENT_TOKEN_TO_BE_REPLACED
Social media
and networks
Subscribe to our
newsletter