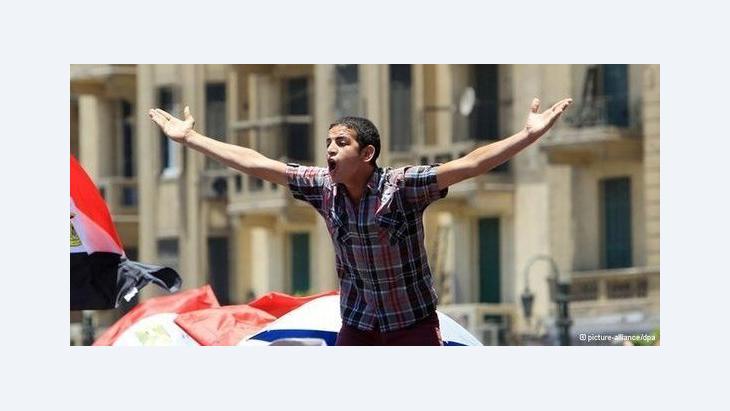 Have No Fear, Democracy is Here!

In this essay, leading Egyptian youth activist Ziyad al-Alimi argues that millions of Egyptians only voted for Mohammed Mursi to prevent a return to the Mubarak system. He says that instead of viewing it as a setback, the election result should be seen as marking the start of a democratic breakthrough

When it was announced that the Muslim Brotherhood candidate had won the presidential race, many Egyptians were gripped by something akin to panic. Human rights activists and representatives of minority groups expressed fears that long-held, hard-fought liberties would soon be curtailed once again and voiced concerns that the state could interfere in the private lives of its citizens and move to restrict their political rights.

Many references were made to Afghanistan, Algeria and Sudan, to what happened when Islamists came to power in these countries and to how Pakistan has developed since being governed by an Islamic-military alliance. These fears were further stoked by many Egyptian media outlets, while television broadcasters and newspapers loyal to the Muslim Brotherhood attempted to offer reassurances.

I myself ﻿have never voted for the Muslim Brotherhood – neither in parliamentary nor presidential elections. Nor do I believe that it is in a position to construct the modern Egypt we all want: an Egypt where citizens enjoy equality; where no one suffers discrimination because of gender, ethnicity or religion; a land of freedom, democracy and social justice. Hundreds of people gave their lives during our revolution in pursuit of this goal. 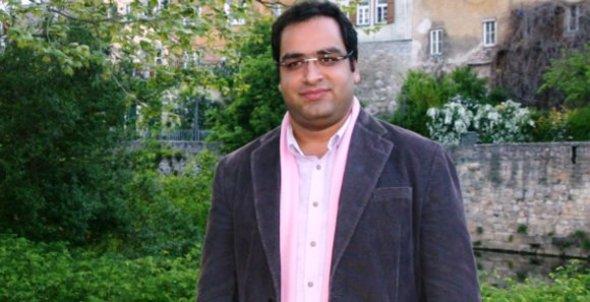 But I don't share the view of those who have expressed concern either. I don't believe that Egypt is heading for an almighty catastrophe because the Muslim Brotherhood has won the presidency. On the contrary! After all, millions of Egyptians only voted for Mursi to avert the threat of a return to the Mubarak system represented by his opponent Ahmad Shafiq. "I didn't vote for Mursi, I voted against Shafiq," as one of my friends put it.

But that's not the end of the story, rather it heralds the beginning of true democracy in Egypt. The Egyptians have roundly defeated all those who stood for the Mubarak regime, in both parliamentary and presidential elections. This finally puts Mubarak's men out of the game, after millions of Egyptians hounded their president out of office by means of a revolution.

Even though many are fearful about the civil and democratic character of the Egyptian state – a fear that I can also appreciate – I generally have no concerns about a country where millions of citizens have demanded freedom and where the majority of the population were ready to die in pursuit of liberty.

Anyone who has fought for freedom is not going to allow it to be taken away again; anyone who has battled for equality can no longer be deprived of it; anyone who has demanded social justice will not rest until he achieves it; and anyone who has brought down a regime that deprived him of his rights will also defeat anyone who attempts to stand in the way of the modern age. All the more so because most of those who voted for the new president didn't do it for his sake, but because they wanted to avert what they viewed as an even greater threat to their nation.

For many liberal and secular forces, the presidential poll was a choice between a rock and a hard place: "Millions of Egyptians only voted for Mursi to avert the threat of a return to the Mubarak system represented by his opponent Ahmad Shafiq," writes Ziad al-Alimi

I'm not worried about the apparently huge increase in powers available to the new president and the danger that liberties may be restricted. Just one-and-a-half years ago, Egypt was ruled by a president who owned entire power structures and institutions, who commanded a huge machinery of repression, who had at his disposal market research agencies, a police force, a state security authority, task forces, secret services, an army and a party with three million members that completely dominated parliament and was supported by both the business community as well as major world powers. The Egyptians toppled this president within 18 days and dismantled his system in one-and-a-half years.

The Egyptians chose the Muslim Brotherhood candidate as a way of categorically dispensing with the Mubarak system. Today, one really can speak of a revolution, because the central power structure has indeed fundamentally changed. And if we have chosen the democracy route, this means that we accept election results. But we can also check to see whether we have made the right choice. If the Muslim Brotherhood honours its promises, the Egyptians will vote it in again, but if it doesn't, then it will be penalized by the democratic system and Egyptians will withdraw their support.

It is worth noting at this point that in the first round of the presidential race, support for the Muslim Brotherhood was down 20 per cent on its parliamentary election results – the knock-on effect of their disappointing performance in the assembly established five months previously. So anyone who thinks that the Muslim Brotherhood is not fulfilling the demands of the revolution should also assume that it will not govern for very long, regardless of how it tries to influence public opinion, how well organized it is and how much cash it has at its disposal.

I don't expect my co-activists to have faith in the Muslim Brotherhood leadership. I am only too aware of how much they have stabbed us in the back over the past few months. But I expect us to have faith in ourselves, in our ability to oust tyrants and bring about change in Egypt and in the fact that we can establish a third force, a force that constructs a modern Egypt without military rule, tyranny and inequality.

Our journey to freedom is already underway; our goal is a modern state based on liberty, democracy, social justice and equality, and no one will be able to halt our progress. Have faith in yourselves and faith in your ability to realize your dreams!

Home
Print
Newsletter
More on this topic
Egypt's Democratic Perspectives: A Shroud for the Revolution?Ahmed Maher: ''A victory for Ahmed Shafik would be the end of the revolution''Interview with George Ishak: ''We Need a New Revolution''
Related Topics
Arab Spring, Arabellion, Democracy and civil society, Egypt Revolution 2011
All Topics

They’ve already got the Louvre; they’ll soon have a Guggenheim Museum as well – and now the Emirates have added literature to their quest for cultural supremacy in the Arab world ... END_OF_DOCUMENT_TOKEN_TO_BE_REPLACED

Years in the making, Sisi's elite New Administrative Capital will isolate most Egyptians from their centres of government in an effort to fortify the regime against any social ... END_OF_DOCUMENT_TOKEN_TO_BE_REPLACED

Professor Timothy Brennan's "Places of Mind: A Life of Edward Said" is a detailed biography of one of the most important intellectuals of the twentieth century, taking us on a ... END_OF_DOCUMENT_TOKEN_TO_BE_REPLACED

China has long portrayed itself as a strong supporter of the Palestinian cause. It has also claimed that in sharp contrast to the stance of the USA, its position is based on ... END_OF_DOCUMENT_TOKEN_TO_BE_REPLACED

Recep Tayyip Erdogan, disappointed by the European Union’s reluctance to integrate Turkey into its ranks, has re-directed his country’s diplomacy toward the Maghreb and Africa to ... END_OF_DOCUMENT_TOKEN_TO_BE_REPLACED

END_OF_DOCUMENT_TOKEN_TO_BE_REPLACED
Social media
and networks
Subscribe to our
newsletter