Radical, divisive, fascinating: Pharaoh Akhenaten (Amenhotep IV) had a unique vision of religion which altered the era in which he lived. By Melina Grundmann 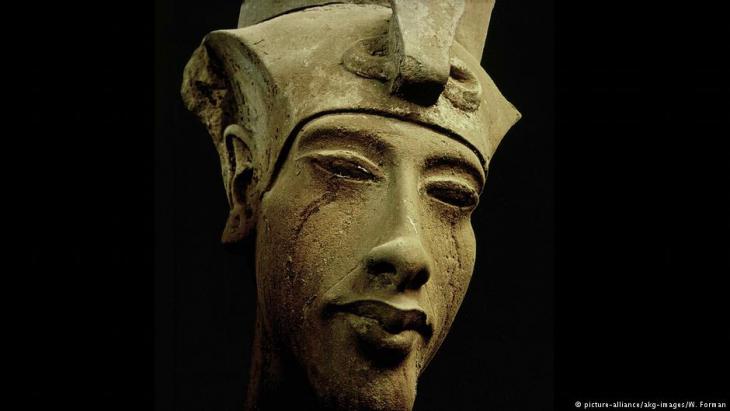 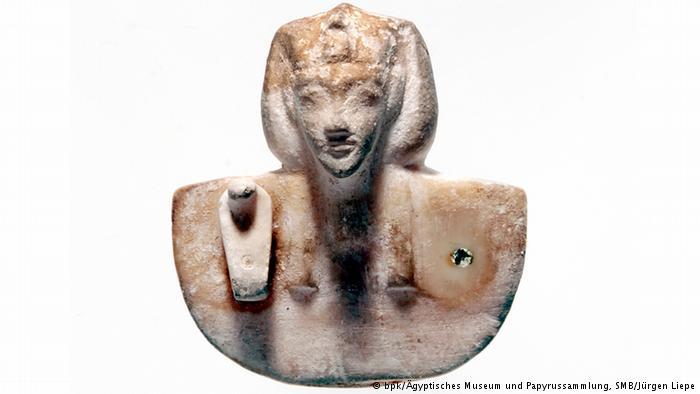 Akhenaten, Egypt's revolutionary pharaoh: before adopting the name Akhenaten, the ancient Egyptian pharaoh of the 18th Dynasty was initially known as Amenhotep IV. Akhenaten ruled Egypt for 17 years – taking over from his father, Amenhotep III, in about 1353 BC. He devoted a major part of his regime to establishing a monotheistic religious system, making him one of the most controversial and fascinating figures in Egyptian history 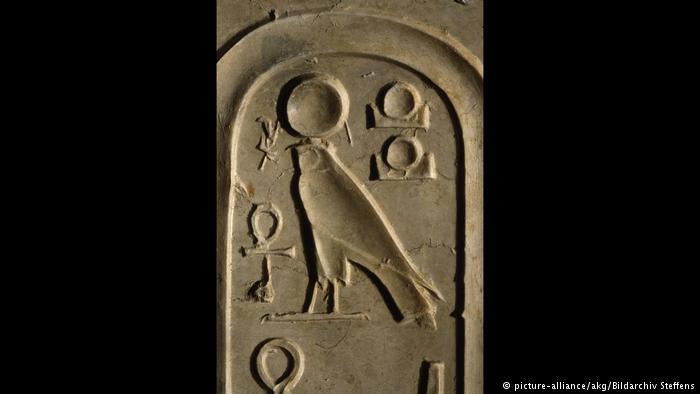 Aten, the only god: Egyptian civilisation's long-established worship of thousands of gods was rejected by Akhenaten, who centred his religion on Aten, "the disk of the sun" from ancient Egyptian mythology. Another radical feature of his cult was that human depictions of the god – and idolatry – were banned. The religion known as Atenism is widely considered to be one of the first instances of monotheism in history 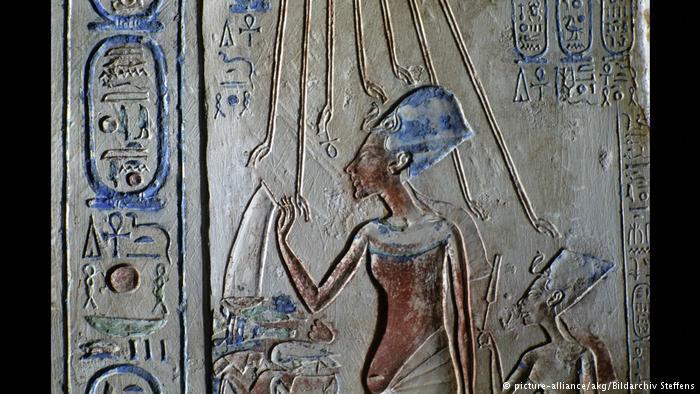 Amarna art: the era of Egyptian history under Akhenaten's reign is known as the Amarna Period, Amarna being the archaeological site where the pharaoh established his royal residence and the main site of worship to Aten. The Amarna style of art also featured a radical break from what had previously been done, often depicting the Aten and its rays of sun ending in tiny hands 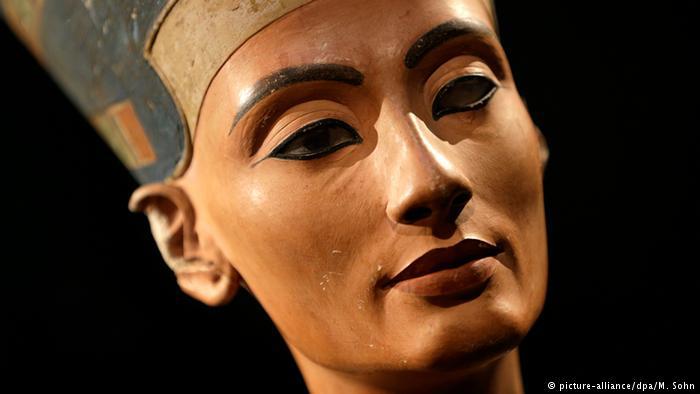 An immortal Queen is born: Akhenaten married "the Mona Lisa of Ancient Egypt", Nefertiti. Her bust, part of the collection at Berlin's Neues Museum, is the most famous of all Amarna works. Little is known about Nefertiti, whose name means "the beautiful one has come forth". Some experts believe that Akhenaten's wife also ruled briefly, following her husband's death and before the accession of Tutankhamun 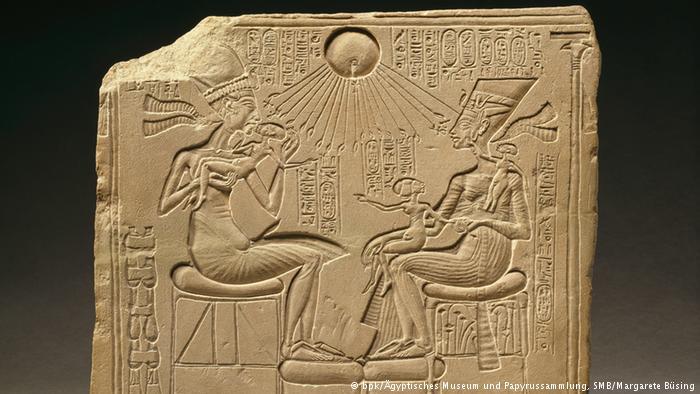 The Great Royal Wife: many scholars agree that Nefertiti had an elevated title and was named the co-regent of her husband. The couple had six known daughters. Their worship of Aten is depicted here, along with three of their children. Akhenaten would have a final son, known as Tutankhamun. While it remains unclear, some believe Nefertiti to be the mother of the legendary boy king 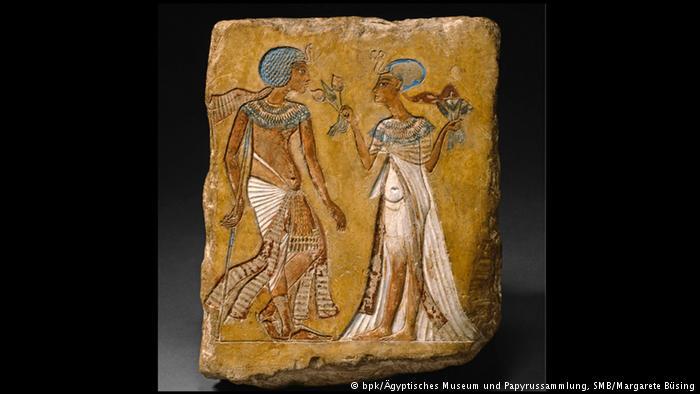 The short reign of a boy king: the jury is out on whether this image depicts Tutankhamun and his half-sister and wife Ankhesenanun, or his sister Meritaten and her pharaoh husband Smenkhkare. Tutankhamun would ascend to the throne in 1333 BC as a young boy, counselled by the powerful general Horemheb 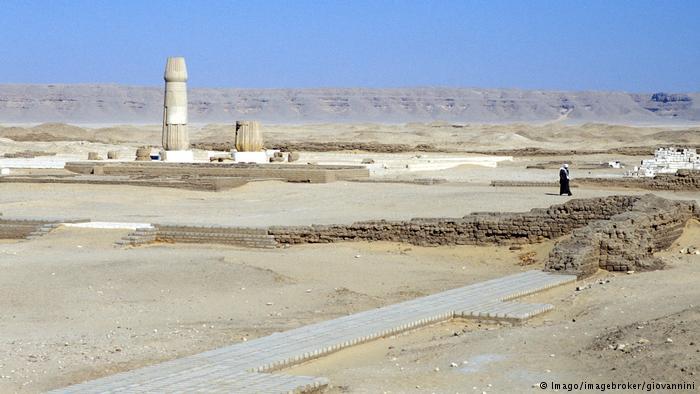 The downfall: the general took over when Tutankhamun died at about 18 years old. Horemheb erased all traces of Akhenaten, Nefertiti and Tutankhamun from history and razed Amarna, the capital built by Akhenaten (picture). Horemheb's own reign was one of relative peace and stability in Egypt. His death signalled the end of the 18th dynasty and the beginning of another under the reign of his grandson Rameses I 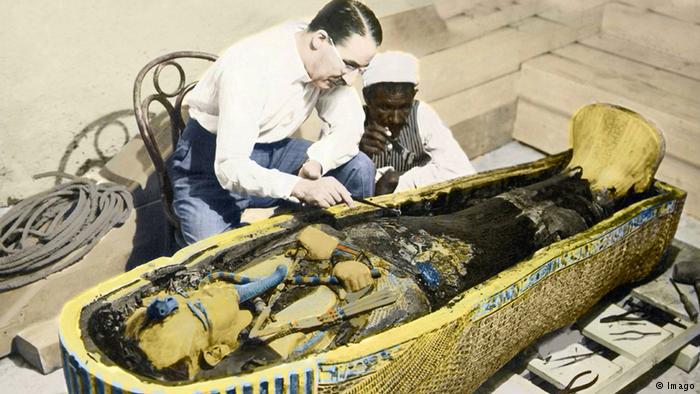 A late discovery: the omission of Akhenaten's reign from the official chronicles may be one reason Tutankhamun's tomb long escaped looting in the Valley of Kings. It was discovered in 1922 by British archaeologist Howard Carter, reigniting interest in the largely forgotten 18th dynasty. Resplendent artefacts found in the lavish tomb further intrigued Egyptologists and the general public 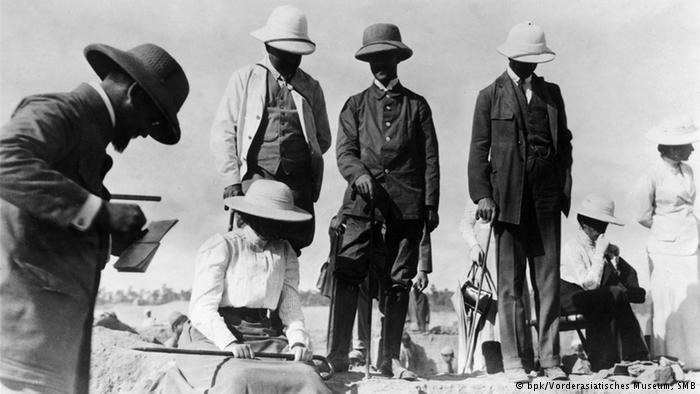 Ancient fascination: while Egyptology was popularised with Carter's historic discovery, the study of ancient Egypt – and its infinite mysteries – has been an obsession of many for centuries. Frenchman Jean-Francois Champollion deciphered the hieroglyphs on the Rosetta Stone in 1822 and Venetian explorer Giovanni Battista Belzoni pioneered the exploration of the second pyramid of Giza in the early 19th century 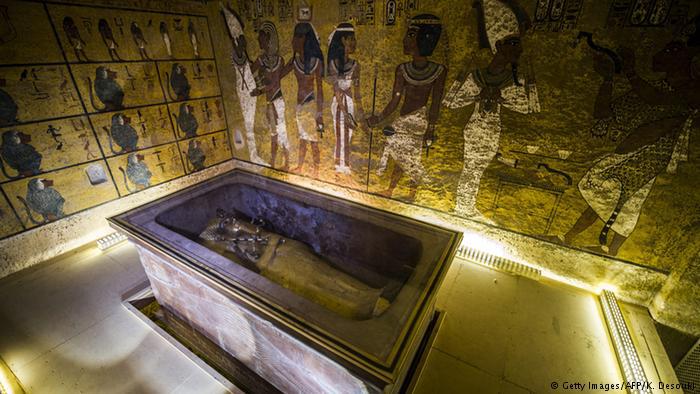 Suspenseful new searches: believed to contain hidden chambers, King Tutankhamun's burial chamber is being scanned anew. The current investigation was launched in 2015, based on British Egyptologist Nicholas Reeves' theories. He believes that a concealed space might contain the tomb of Queen Nefertiti. Previous tests have been inconclusive, but proving the theory would be like "winning the lottery," say archaeologists

END_OF_DOCUMENT_TOKEN_TO_BE_REPLACED
Social media
and networks
Subscribe to our
newsletter