Rapprochement between Sunnis and Shiites?

​​During a February trip to Iran, Hamas leader Khaled Mashal praised Iranian leaders for their support during the conflict in the Gaza Strip, a further indication of the strengthening ties between the Sunni Islamist group, which the United States has designated as a terrorist organization, and the Shiite regime in Tehran. Mashal's statements come on the heels of the U.S. Treasury Department's terrorist designations of al-Qaeda leaders and operatives sheltered in Iran. These latest examples of Sunni-Shiite cooperation raise new questions about whether Iran can improve its relationship with Egypt's Muslim Brotherhood.

While such a rapprochement appears unlikely, history suggests it is far from impossible. Iran has maintained informal ties to the Muslim Brotherhood for many years, and Shiite Islam probably has more appeal among Egyptian Sunnis than it does among Sunnis in other Arab countries. Iran's sharp criticism of Egyptian president Hosni Mubarak is also likely to resonate with Egyptian radicals under the thumb of the regime in Cairo. If Iran were to develop close relations with the Brotherhood, Iranian influence would grow considerably in the Arab world, giving Tehran a significant say among Arab radicals and, undoubtedly, producing dangerous developments for U.S. interests in the region.

Ties between Iran and Sunni extremists

Egypt has long been suspicious of the connection between the Egyptian Muslim Brotherhood and Iran, based in large part on Iran's longstanding strong ties to Hamas, an offshoot of the Brotherhood. The recent conflict in Gaza is likely to further arouse Cairo's suspicions. During the fighting, Iran was highly vocal in their support of Hamas, blasting the Egyptian government for its inaction. Hamas leader Khaled Mashal thanked Iran for its support of his organization, asserting that the "people of Gaza . . . have always appreciated the political and spiritual support of the Iranian leaders and nation." According to Iranian state television, Mashal reportedly said that "Iran has definitely played a big role in the victory of the people of Gaza and is a partner in that victory."

Iran has also forged stronger working relations with other Sunni extremists. According to the New York Times, Saudi authorities allege that the leader of "al-Qaeda in the Persian Gulf," Abdullah al-Qaraqi, lives and moves freely in Iran, along with more than a hundred Saudis working for him. The Treasury Department, in its recent enforcement action, announced that Saad bin Laden, son of Usama bin Laden, was arrested by Iranian authorities in early 2003 but that "[a]s of September 2008, it was possible that Saad bin Laden was no longer in Iranian custody." According to Director of National Intelligence Michael McConnell, Saad bin Laden is now most likely in Pakistan.

Prerevolutionary Iran and the Muslim Brotherhood 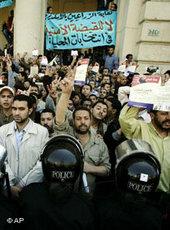 ​​While the Egyptian Muslim Brotherhood and Iran do not have strong organizational ties, the Brotherhood has had a major impact on Islamic revivalism in Iran, a movement that sought to promote Islam not just as a religion but as an ideology governing all aspects of political, economic, and social life. Mujtaba Mirlowhi, known as Navvab Safavi, (1924-1955) was a young Iranian cleric who created the Society of Islam Devotees (SID) in the early 1940s and played a major role in connecting Shiite fundamentalism to Islamic fundamentalist movements in other countries. Like the founding fathers of Islamic revivalism in Egypt, SID believed that in order to fight the supremacy of the West, Muslims have to combat sectarianism, put the Shiite-Sunni conflict aside, and create a united Muslim front.

In 1954, at the invitation of Sayyed Qutb, then secretary of the Islamic summit and main intellectual of the Egyptian Muslim Brotherhood, Navvad Safavi travelled to Jordan and Egypt to meet its leaders. Under their influence, he became more attracted to the Palestinian cause. Before that time, there were few references to the Palestinian problem in Iranian society among clerics or lay (leftist) intellectuals and activists. After his return to Iran, he started a Palestinian campaign and collected promises from five thousand volunteers to deploy to the Palestinian territories to fight the Jews.

The Islamic Revolution in the brotherhood's eyes

Egypt's Muslim Brotherhood at first cautiously welcomed the Ayatollah Khomeini-led Islamic revolution, which may have given the Brotherhood confidence that they too would be able to overthrow their country's secular regime. But after an Islamic radical assassinated Egyptian president Anwar al-Sadat in 1981, the Brotherhood was forced to take a cautious attitude toward the Islamic Republic, at least in public. In January 1982, Umar Telmesani, then leader of the Brotherhood, told the Egyptian weekly magazine al-Msuwwar, "We supported him [Khomeini] politically, because an oppressed people had managed to get rid of an oppressive ruler and to regain their freedom, but from the doctrinal point of view, Sunnism is one thing and Shiism is another."

Relations between Iran and the Muslim Brotherhood are complex, but ties have recently been growing stronger

​​The Muslim Brotherhood nonetheless continued to decry sectarian differences among Muslims, arguing that unity was necessary for the sake of jihad against the corrupt rulers and the West. In 1985, Telmesani wrote in the Egyptian magazine al-Dawa that "the convergence of Shiism and Sunnism is now an urgent task for the jurists." He added that "the contact between Muslim Brotherhood and [Iranian clerics] was not done in order to make Shiites convert to Sunni Islam, the main purpose was to comply with Islam's mission to converge the Islamic sects as much as possible."

There were points where the Brotherhood and Iran cooperated more openly. In 1988, for example, at the conclusion of the Iran-Iraq war, at the request of Muslim Brotherhood leader Shaikh Muhammad Ghazzali, the Iranians agreed to unilaterally release the Egyptian prisoners of war who had fought alongside the Iraqi army against Iran.

Egypt under Shiites: distant past but popular memory

Egyptians are more receptive and positively disposed toward Shiism than other Sunni Arabs. One reason is the Fatimid Dynasty that was established in Egypt in the tenth century as an offshoot of the Shiite Ismaelite movement. The dynasty played an important role in the cross-fertilization between Iran and Egypt. The two centuries of Fatimid rule in Egypt marks a high point in the history of Islamic civilization in terms of economic development and cultural prosperity. Even the art in Fatimid Egypt was influenced by Iranian styles.

The Fatimid period left a lasting impression on Egyptians, and vestiges of the country's long-ago Shiite rulers are still seen in Egyptian openness to Shiite practices and traditions, a receptiveness not found anywhere else in the Sunni world. Egyptians still respect the symbols, icons, and sacred places of that period; for example, Egyptians believe that Hussain, the third Shiite Imam, and his family are buried in Cairo, not in Karbala, Iraq. For Sunni Egyptians the tombs of Hussain, Sayyeda Zainab (his sister), and Assayeda Sakina (his daughter) are the most sacred places in the world after Mecca and Medina. Also like their Shiite coreligionists, Sunnis in Cairo perform Ashura (the Shiite commemoration of the death of Hussain) each year. Furthermore, in nineteenth-century Egypt, the Persian language was accepted as a language of literature and science, reflected in the Persian-language newspapers available at the time.

Moreover, in addition to the influence of Egyptian political Islamists on Iranian clerics noted earlier, Iranian clerics in turn helped to shape Islamist revivalism in Egypt. One notable example is the nineteenth-century Islamist Sayyed Jamal al-Din Asadabadi, also known as al-Afghani. When he arrived in Egypt from his native Iran, he claimed to be an Afghan so he could pass himself off as a Sunni. His new ideology advocated the unity of Muslims and sought in "authentic Islam" answers to the ills of Muslim societies.
As a result of this history, for many years Shiism held some appeal in Egypt, despite the fact that Egyptians at the time of the Fatimids, and still today, are predominantly Sunnis.

​​The appeal of Shiism has been dampened somewhat in recent years as the Egyptian government has grown increasingly nervous about what it perceives as a rising Shiite tide in the region. In response, the Egyptian government and the state media began waging a campaign against Shiism and Shiite symbols. In November 2005, Egyptian president Hosni Mubarak stated that "most Shiites are faithful to Iran, not to their own government." His comment provoked several Shiite demonstrations, including thousands of people in Najaf, a Shiite holy city in Iraq. Afterward, he explained that he meant that Shiites sympathize with Iran in terms of their religious, not political, viewpoint.

On several occasions, prominent Egyptian cleric Shaikh Yousef Qarzawi, a former member of the Brotherhood, warned about the "Shiite tide" and the missionary activities of Shiites and the Iranian government, especially in Egypt. He said that "the increasing infiltration of Shiism in Egypt may lead to a civil war like the one in Iraq." The Egyptian government has made efforts to mobilize powerful clerics and faculty associated with al-Azhar University against the Muslim Brotherhood in order to fight the tide of Shiism.

There are no reliable statistics about the number of Shiites in Egypt. Since Shiites are under pressure from the Egyptian government, most of them avoid publicly admitting their faith. Some Western and Egyptian sources (like the Ibn Khaldun Research Center) indicate that Shiites constitute less than 1 per cent of the Egyptian population (approximately 657,000). But Muhammad al-Darini, a prominent Sunni who converted to Shiism, puts the figure at 1.5 million.

Al-Darini also claims that Egyptian Shiites are Twelvers, which is the type of Shiism practiced in Iran. But he denied any connection between the Shiite community and the Iranian government. "Iran does not have any kind of influence over us," al-Darini said. "Sometimes, even Iranians criticize us for some of our stances and statements. Everybody must know that Shiism is not originally an Iranian [sect], but an Arab one, while [the four traditional] Sunni schools stem from Iran." Part of the attraction of Shiism in modern Egypt is political rather than doctrinal in nature. Some young Egyptians see conversion to Shiism as a way of protesting the regime, much as thousands of Iranian Shiite youths convert each year to various other faiths partially in reaction to the Shiite nature of their government.

While a breakthrough in relations between the Egyptian Muslim Brotherhood and Tehran remains unlikely, the consequences for the United States of such a union would be very damaging. Iran remains focused on expanding its influence in the Persian Gulf and beyond, and connections to the strongest opposition party in the Middle East would be a great leap forward. The longstanding and growing ties between Iran and Hamas, as well as a look back at the relevant history, makes clear that U.S. policymakers should monitor this trend.

Mehdi Khalaji is a senior fellow at the Washington Institute, focusing on the role of politics in contemporary Shiite clericalism in Iran and Iraq.

Moroccan-Iranian Diplomatic Crisis
Shiite Activities in the Maghreb?
Sunni Morocco accuses Teheran of fostering Shi'a activities inside its borders. Other countries with a Sunni majority that also feel threatened by Iran have formed an alliance with Morocco. Alfred Hackensberger details the background from Rabat

END_OF_DOCUMENT_TOKEN_TO_BE_REPLACED
Social media
and networks
Subscribe to our
newsletter