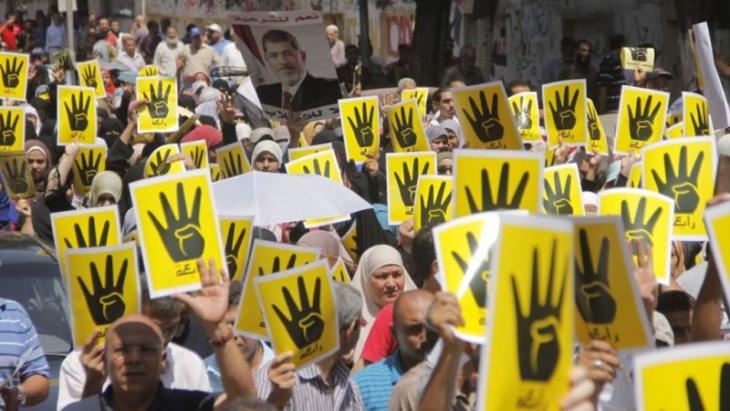 The seed of violence

Formerly Egypt′s strongest and most organised opposition group, the Muslim Brotherhood is now banned. It has also lost its function as a role model for Egypt′s youth, who no longer believe in the non-violent tactics preached by the Brotherhood′s exiled former leadership. By Paolo Gonzaga

President Abdul Fattah al-Sisi now faces both a jihadist insurgency in the Sinai – headed by local arms of IS and al-Qaida – and new, domestic terrorist organisations that have emerged throughout Egyptian cities whose violent activities have been on the rise.

The most recent attacks on the Cairo Cathedral appear to have been caused by the Ikhwani matrix, one of these new, local terrorist organisations. Just two days before the attacks on the Cathedral, the Hassm group, an acronym of Haraka Sa′waid Masr, claimed the killing of six policemen at Giza.

Hassm is the latest organisation born from the anger of young former members of the Muslim Brotherhood, developed in the context of extreme repression from President Sisi. These movements began following the establishment of Deterrence Committees, the Muslim Brotherhood′s original response to the regime.

The mass killings of protestors at Rabaa al Adawiyya Square and al-Nahda in August 2013, with one thousand confirmed casualties, became a watershed moment. In the aftermath of the Rabaa Massacre, young Egyptians and cadres of Islamist groups – from the Brothers to Salafi jihadists – joined to create a new movement of Islamist militancy. 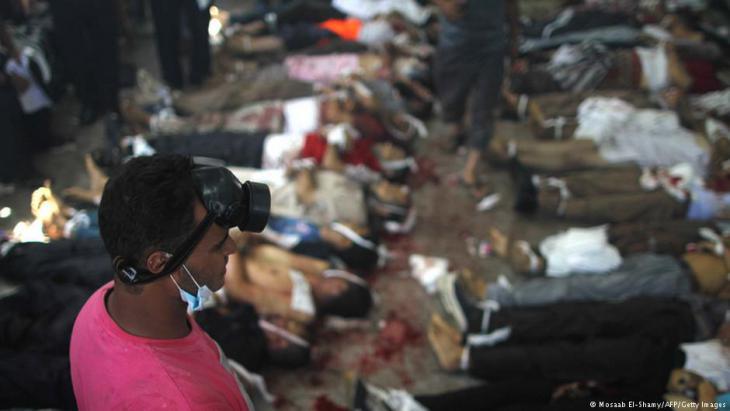 Counterviolence inevitable: "the mass killings of protestors at Rabaa al Adawiyya Square and al-Nahda in August 2013, with one thousand confirmed casualties, became a watershed moment. In the aftermath of the Rabaa Massacre, young Egyptians and cadres of Islamist groups – from the Brothers to Salafi jihadists – joined to create a new movement of Islamist militancy," writes Paolo Gonzaga

These groups embraced violence and adopted the slogan ′everything except bullets′. The first of these groups were the Ultras: Rabaawi and Nahdawi. They used urban guerrilla tactics, tossing Molotov cocktails at police and destroying national institutions.

A debate on the use of violence greatly divided the Muslim Brotherhood. Movements like the Helwan Brigades, the Revolutionary Punishment movement and the Execution Battalion referred to themselves as the Resistance, actively employing violence as a technique. These groups fought against state and security forces but notably did not accuse society or its institutions of apostasy, accusations typical of the jihadist groups.

In 2015 five of these militant movements –  Popular Resistance, Determination, Revolutionary Punishment, the movement for Revolution in Beni Suef and Execution – merged to form various People′s Committees. These Committees primarily took aim at international economic targets – local branches of KFC restaurants, for instance – and state institutions like police stations. The People′s Committee of Giza took responsibility for the assassination of Prosecutor General Hisham Barakat, one of the architects of the coup against the Brotherhood.Resistance no longer united

The language of these groups demonstrates their close connection to the Brotherhood and their relative distance from other purely jihadist groups. The activity of the People′s Committees declined when the Hassm organisation became predominant. Hassm has shown themselves more dedicated to a Pan-Islamist position, with their leadership sending congratulatory messages to the mujahidin following the conquest of Aleppo in Syria and blessing the emergence of the new militant Egyptian group Li′wa el Thawra – the Revolution Brigade – with a message celebrating ″the onset of the movement,″ which the group considered ″an addition to the ranks of the blessed resistance.″ 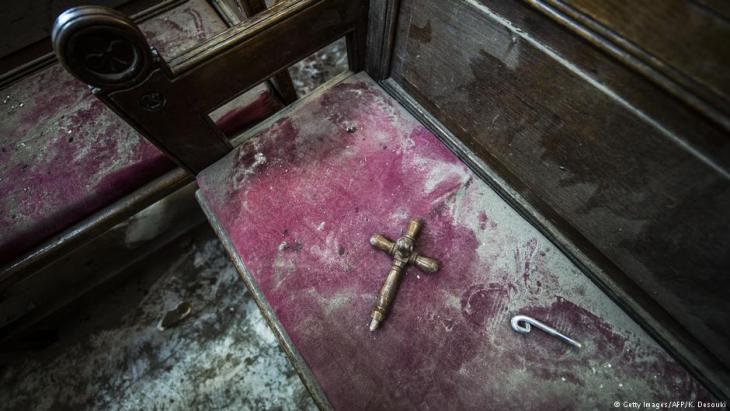 Egypt′s Christians a militant Islamist target: following the suicide attack by a 22 year-old during a service in St. Peter and Paul′s Church in Cairo in December 2016, the Egyptian Minister of the Interior blamed representatives of the Muslim Brotherhood for the attack. The Islamists had financed and trained the suicide bomber and his assistants from their exile in Qatar, claimed a ministry statement. The attack was intended to ″trigger a massive conflict between the religions″

On 21 August of last year, a policeman and a soldier were killed. The Li′wa el Thawra movement claimed the attacks in a public letter which stated, ″This operation comes in response to the massacres of this criminal government, massacres that we live in the memory these days, in the Adawiyya Rabaa and Al Nahda,″ demonstrating a clear link between the group and the Brotherhood.

Two months later, Li′wa el Thawra claimed the execution of a major general in Cairo, Adil Rijai, in order to avenge the killing of a senior Muslim Brotherhood leader, Mohammad Kamal. In January 2015 the site Ikhwanonline – controlled by the extremist wing of the Egyptian youth referred to as the Front Mohammad Kamal or Front of Mohammad Montasser – posted an article openly discussing a return to jihad (holy war): ″the Imam al-Banna prepared the brigades of jihad, and sent them to Palestine to kill the Zionist usurpers, and the second guide [Supreme] Hassan al-Hudaybi rebuilt the secret organisation to shed the blood of the British occupiers.″

The new call to jihad from the Brotherhood came after current Egyptian President Abdul Fattah al-Sisi increased repressive measures against the group, jailing many of its supporters. The most radical strains and discourses have found space for their messaging in new online TV platforms established in Turkey after 2013. 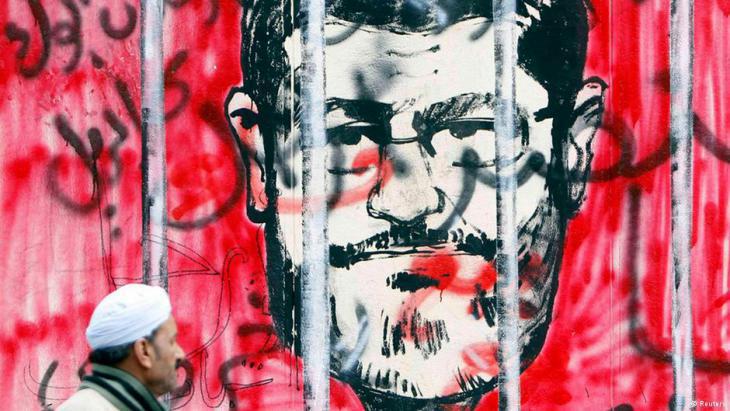 Clear signal against Mohammed Morsi and the Muslim Brothers: since the toppling of former President Morsi, the Egyptian state has commissioned a total of 16 new prisons. The death sentence brought against Mohammed Morsi was quashed by Egypt′s Supreme Court last November. Morsi faces retrial by judges in Cairo regarding a prison breakout which he is accused of having organised in co-operation with the Palestinian Hamas and the Lebanese Hezbollah during the Arabellion in 2011

An eye for an eye

Partly controlled by the Ulema in Turkey, these programmes include two of the most radical lines, Mukammiliin (We go on) and Al Sharq (the East). After National Security forces assassinated Mohammad Kamal, a leader of the Brotherhood, the influential Ulemas Essam al Talima and Mohammad al Saghir – both reference scholars of the Brotherhood, the latter a former member of the Parliament – commented on "the martyrdom" of the Islamist leader in Al Sharq and Al Jazeera and demonstrated their approval of the qisas, vengeance killings based on the principle of ″an eye for an eye and a tooth for a tooth.″

Their statements leave no doubt that the slogan of the old leadership, salmiyyetna aqwa men al Rusas (our pacifism is more powerful than bullets), and its related political practices are now in deep crisis. The belief in nonviolence was challenged over time by a young population increasingly radicalised by state-sponsored repression.

While the prevailing attitude of the Muslim Brotherhood seemed to allow for limited violence rather than total violence that would lead to a situation like the one in Syria, the aftermath of the party′s dissolution led to great diversification in the opinions of its younger followers.

The rhetoric of Egypt′s Islamic activists compares the sufferings of today′s Muslims to those in the era of Nasser. More and more young people are becoming inspired by Sayyid Qutb, the father of contemporary jihadism executed by the Nasser regime. Currently, any ideological progression is limited by the leadership′s blind repressive tactics, all while Egypt sinks further and further into a sea of violence.

The past enthusiasm of the Egyptians lives on in the Iraqis of today. But just as they were nine years ago in Cairo, current prospects in Baghdad are dim. A comparison by Birgit ... END_OF_DOCUMENT_TOKEN_TO_BE_REPLACED

Insults directed against Egyptian President Abdul Fattah al-Sisi have been particularly prominent among the hundreds of chants by Arab protestors in Algeria, Sudan, Iraq and ... END_OF_DOCUMENT_TOKEN_TO_BE_REPLACED

Political analyst Taqadum al-Khatib argues that Egypt can, in co-ordination with its European partners, develop a common vision to solve the complex conflict in Libya. For this to ... END_OF_DOCUMENT_TOKEN_TO_BE_REPLACED

The upheavals of the past year in the MENA region are arguably as momentous as those of the Arab Spring in 2011. Yet perhaps the biggest difference is that our interest seems to ... END_OF_DOCUMENT_TOKEN_TO_BE_REPLACED

In 2019, the long-running Penguin Classics series released its first novel translated from Arabic: Tawfiq al-Hakim’s "Return of the Spirit", conveyed into English by William ... END_OF_DOCUMENT_TOKEN_TO_BE_REPLACED

Comments for this article: The seed of violence

A good analysis which is based on bitter but true facts.If moderation is crushed only extremism will benefit.At Rabaa Sq the protesters didn't carry arms.They were slaughtered .Even HRW wrote that it was a horrendous and almost unprecedented massacre.
The new extremist movements will not behave like lambs.The way out is to seek some form of reconciliation with the Brotherhood(perhaps with regional or international mediation) and isolate the new movements .

END_OF_DOCUMENT_TOKEN_TO_BE_REPLACED
Social media
and networks
Subscribe to our
newsletter